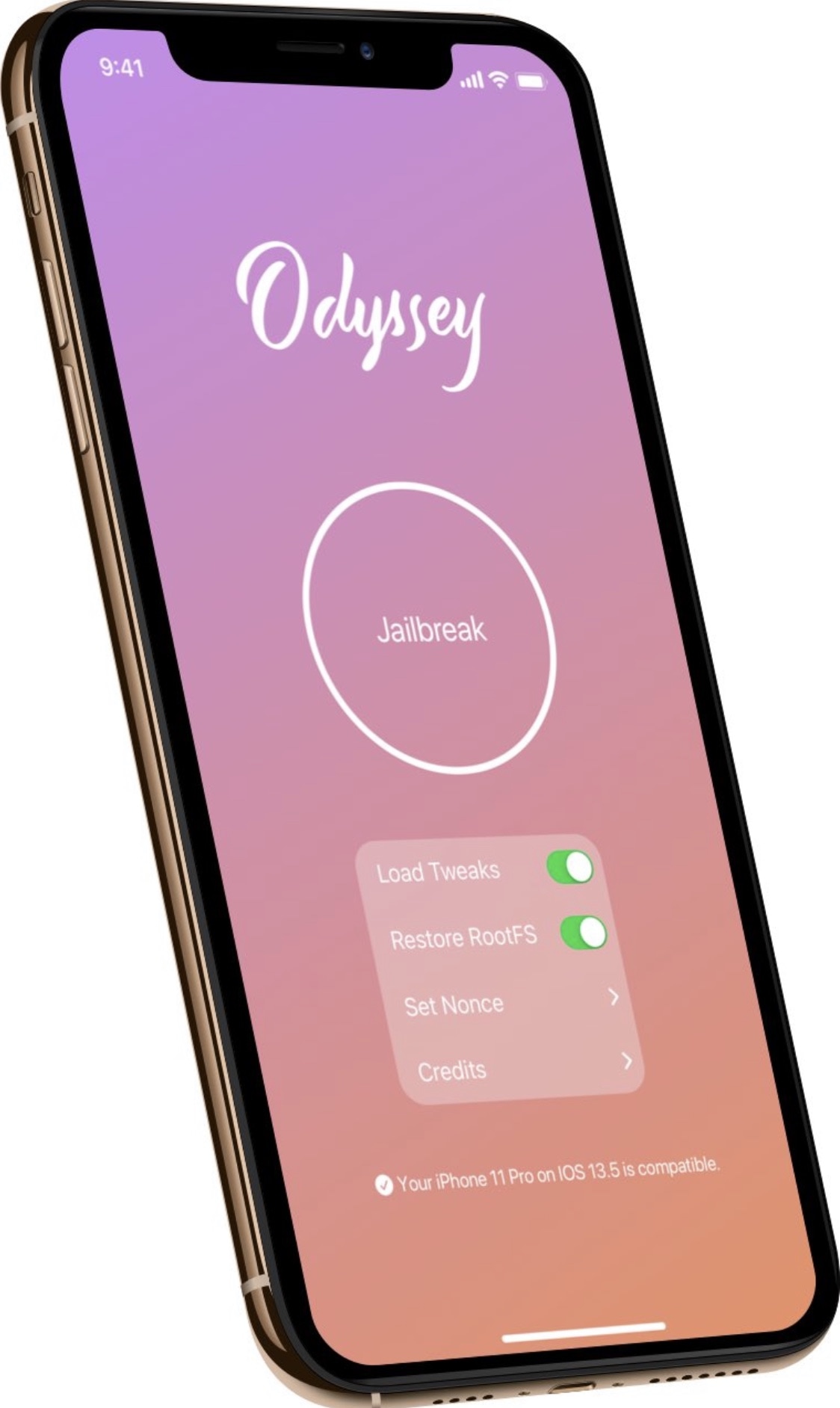 Jailbreakers who’ve been paying close attention to Twitter and /r/jailbreak over the past couple of days likely witnessed the creation of the official Odyssey Twitter account and a plethora of teasers showcasing the Electra Team’s upcoming iOS 13-centric jailbreak tool in action. As it would seem, however, the energized release is a far cry from being a drama-free one.

The Digital Millennium Copyright Act (or DMCA for short) refers to a law in the United States that criminalizes various forms of copyright infringement. This particular DMCA claim, which is now publicized on GitHub, claims that the Electra Team’s Odyssey jailbreak is based on stolen code from a leaked beta version of the unc0ver team’s unc0ver jailbreak and cites a plethora of GitHub items associated with the infringement.

https://github.com/coolstar/Chimera13 is based on a stolen copy of the copyrighted and closed source program unc0ver https://unc0ver.dev. He was able to obtain a leaked copy of our private unc0ver repository that was previously available at [private] for selected team members of the Unc0ver Team. Prior to the use of the stolen source code, we have been notified that an anonymous user announced the fact that they were able to obtain the private source code and had planned to distribute the source code to unauthorized users on the r/Jailbreak Discord Server. We have investigated this user and found that their first appearance on the r/Jailbreak Discord Server, where they later announced that they had obtained the source code, was approximately a day after the infringer had publicly indicated that he was able to obtain information about our work on Twitter. Soon after the use of stolen code on GitHub, his associate [private] and his cooperator [private] have uploaded and promoted the stolen copy of the source code in a public Discord server whose owners are the infringer and his cooperators/associates. We have compared the infringing repository against the stolen source code and have verified that the work was based on the source code stolen from the Unc0ver Team.

We reached out to Pwn20wnd directly to validate whether this was indeed a legitimate claim, and while Pwn20wnd didn’t tell us that he was the one who opened the DMCA request, he did mention that it was authorized by the unc0ver team. Pwn20wnd also had this to say on /r/jailbreak, although the post was removed due to a lack of proof: 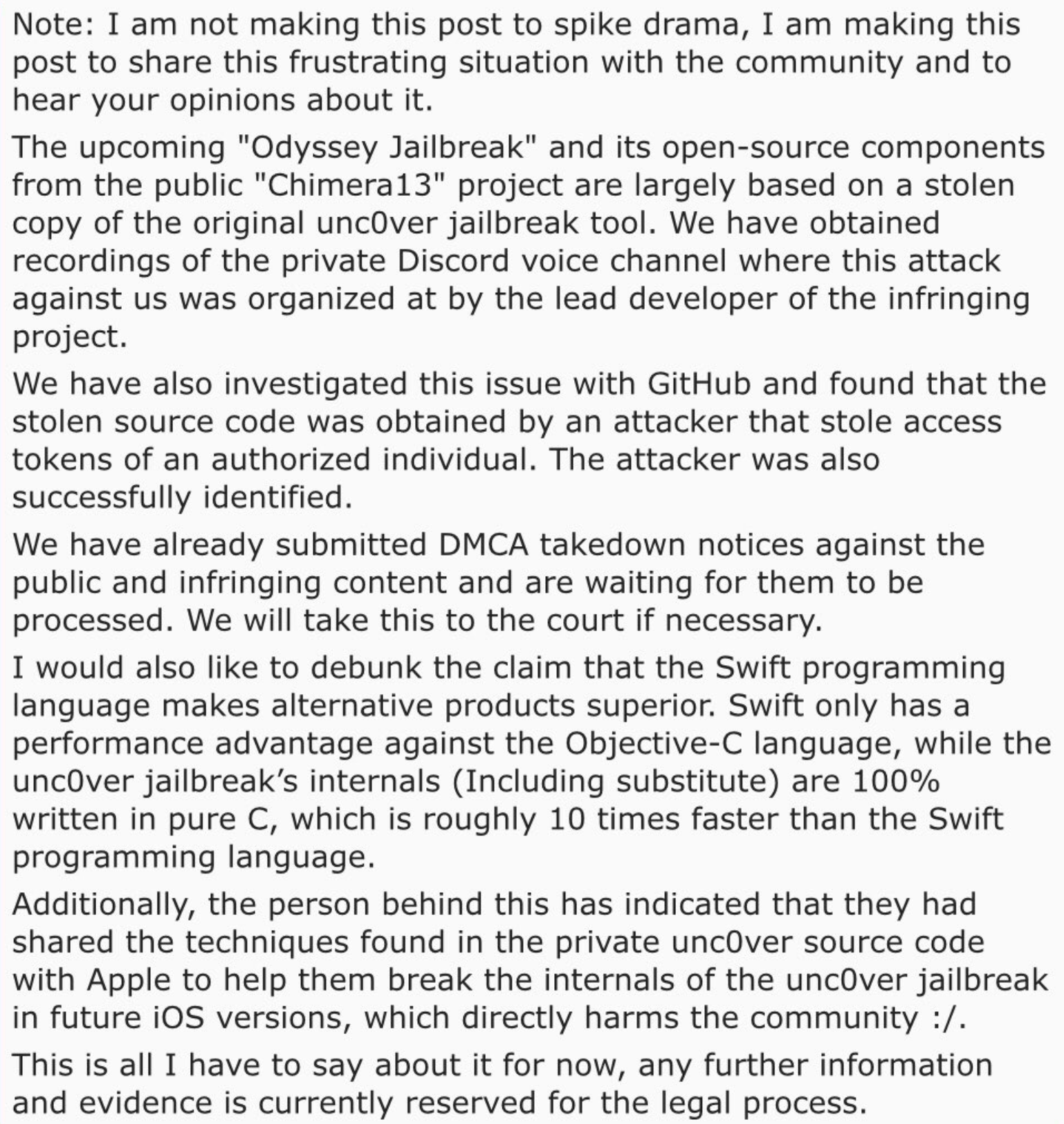 Later, unc0ver team co-developer Sam Bingner responded to Seay with a screenshot of a sketchy Discord conversation and his personal take on the situation: 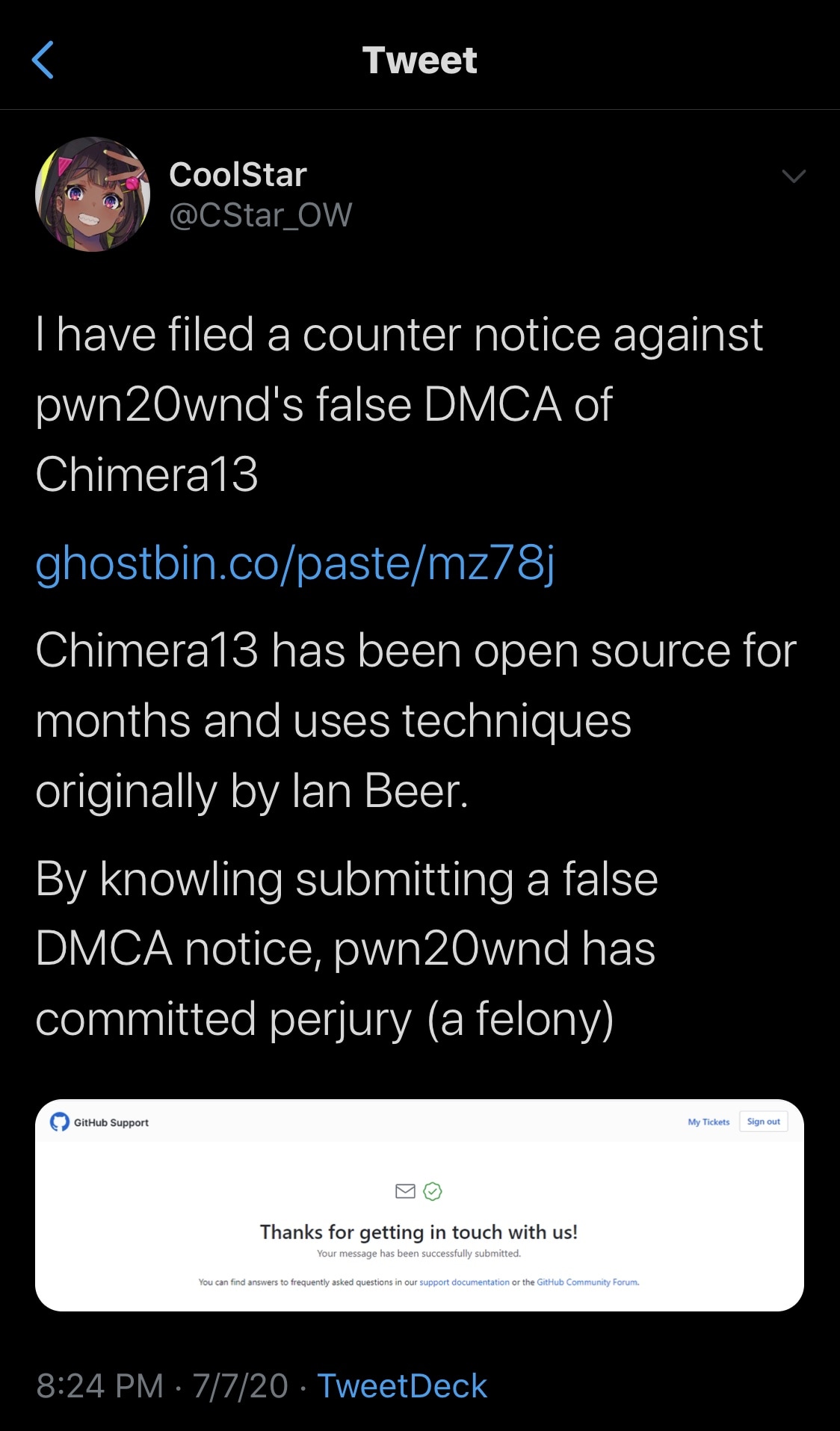 Unfortunately for the jailbreak community, the actual facts are scarce, and the public face of things appears to be nothing more than a series of claims from either side calling the other wrong. This fact alone makes it particularly challenging for anyone to declare a clear and decisive verdict.

It’s worth noting that the Odyssey jailbreak hasn’t been released yet, but it’s expected to launch in the near future as the Electra Team has already published an official website at theodyssey.dev. CoolStar has said that Odyssey will be an open source jailbreak tool, so it will be interesting to see which side of the argument that the source code supports.

What are your thoughts about the circumstances surrounding the Odyssey jailbreak and the recent DMCA takedown request? Let us know your thoughts in the comments section below.