There has been a lot of hype surrounding Zhuowei Zhang’s recently-released PoC because it allows apps to be signed on a device indefinitely. 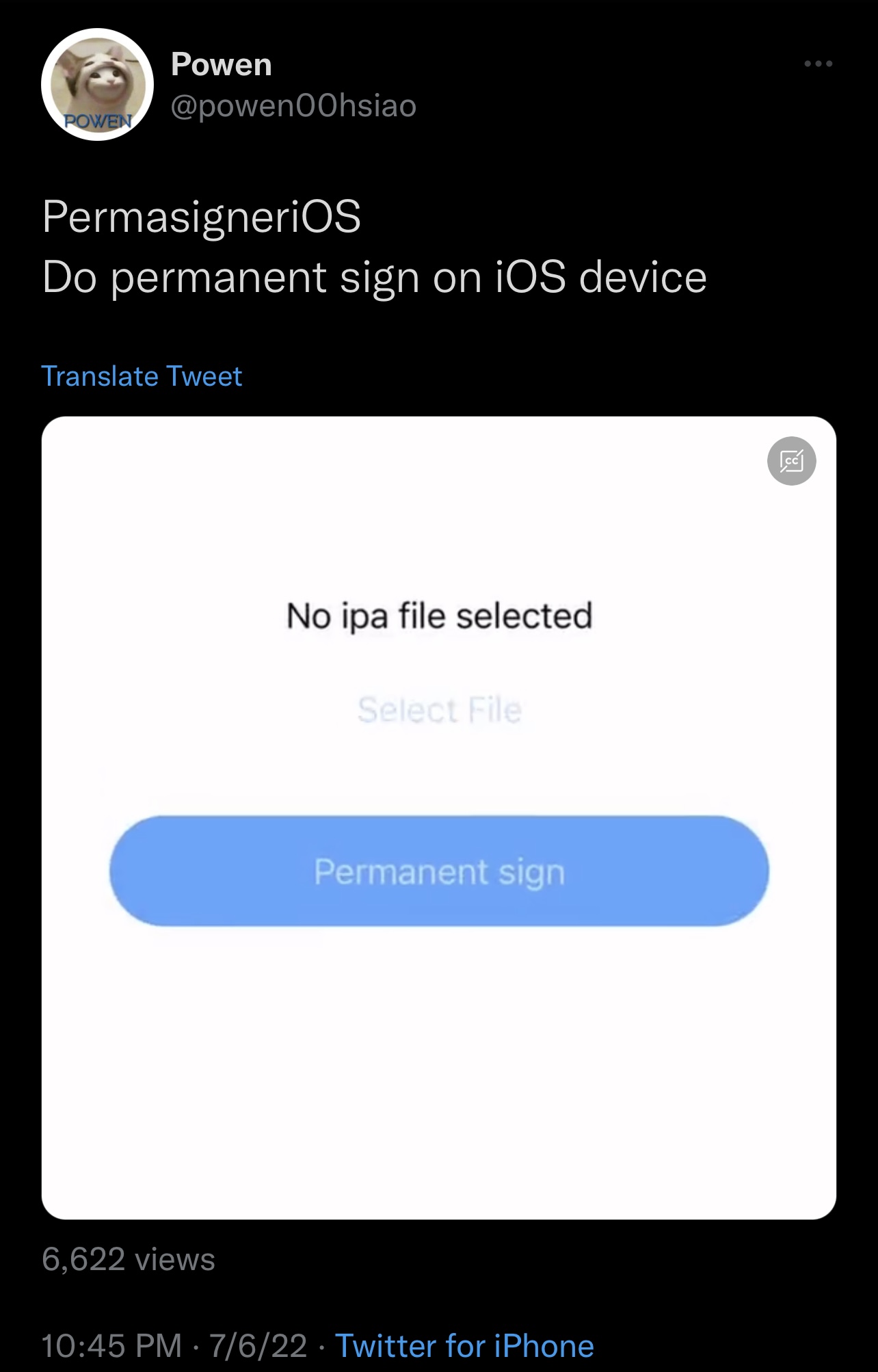 The hack has already been utilized by the Odyssey Team to permanently sign the Taurine jailbreak app for iOS & iPadOS 14 users, and it now seems that other developers are getting their hands dirty with it.

The latest developer to show off something interesting is @powen00hsiao, who took to Twitter this week to show off a demo of an upcoming app dubbed PermasigneriOS, which can install and permanently sign any .ipa file on the device.

The demo is particularly interesting because it shows off a very easy-to-use application that lets the user browse their local and iCloud Drive files for the .ipa file they want to install and sign permanently. It all works from an integrated file picker.

The app is going to be useful not only for permanently signing jailbreak apps, but also for other apps that Apple doesn’t allow on the App Store because of rules and restrictions. Many examples of such apps are already available by way of AltStore, such as game emulators and clipboard access apps.

While Powen hasn’t offered an ETA for the PermasigneriOS app, a demo is available on the developer’s GitHub page. Please note that it might not be entirely stable as it’s in early development at this time.

We will continue to monitor its development and keep our readers apprised, as it looks like it’s going to be a useful utility.

Would you use PermasigneriOS to permanently sign apps on your iPhone or iPad? Be sure to let us know why or why not in the comments section down below.