Hot off the heels of the release of a powerful PoC by security researcher Zhuowei Zhang that allows sideloaded apps to be signed indefinitely, the Odyssey Team has now provided a package for Taurine jailbreak users on iOS & iPadOS 14.0-14.3. 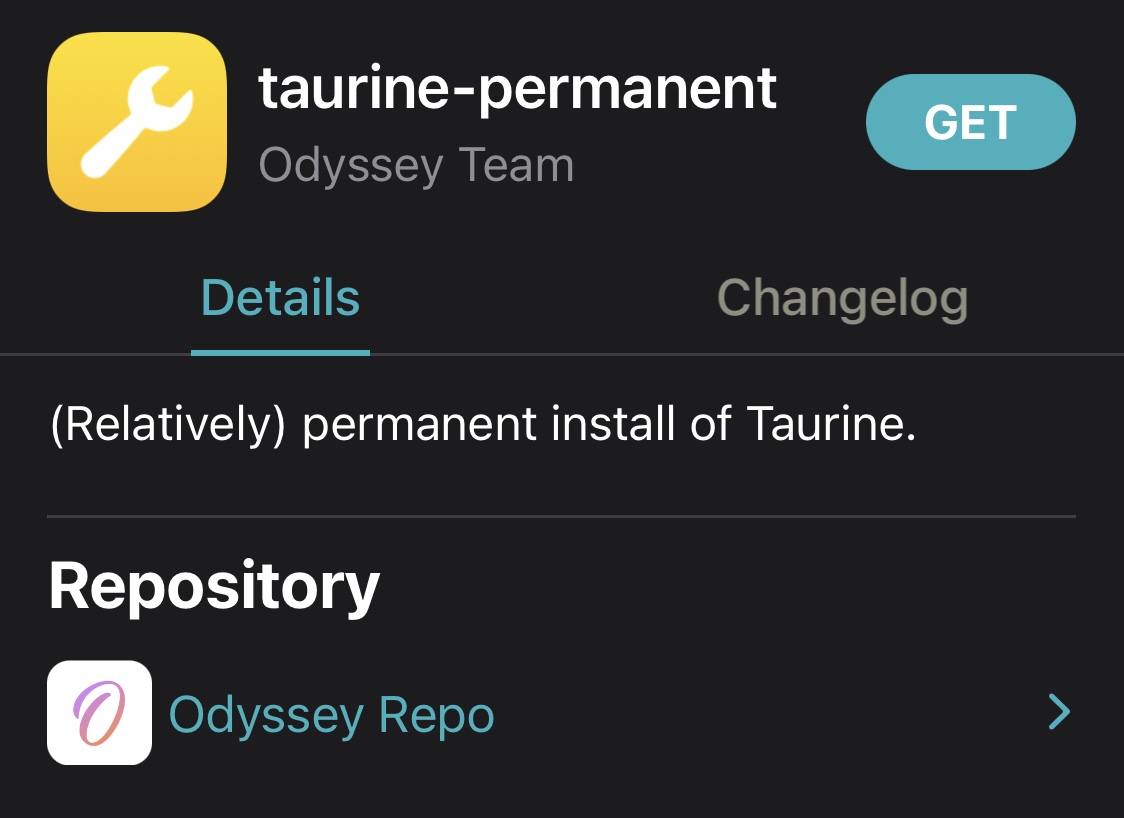 The official announcement was shared via the Sileo / Taurine / Odyssey Discord channel by Procursus maintainer Adam, who has said that the new taurine-permanent package is now available in the Odyssey/Taurine repository that comes pre-installed in Sileo on devices jailbroken with the respective tool: 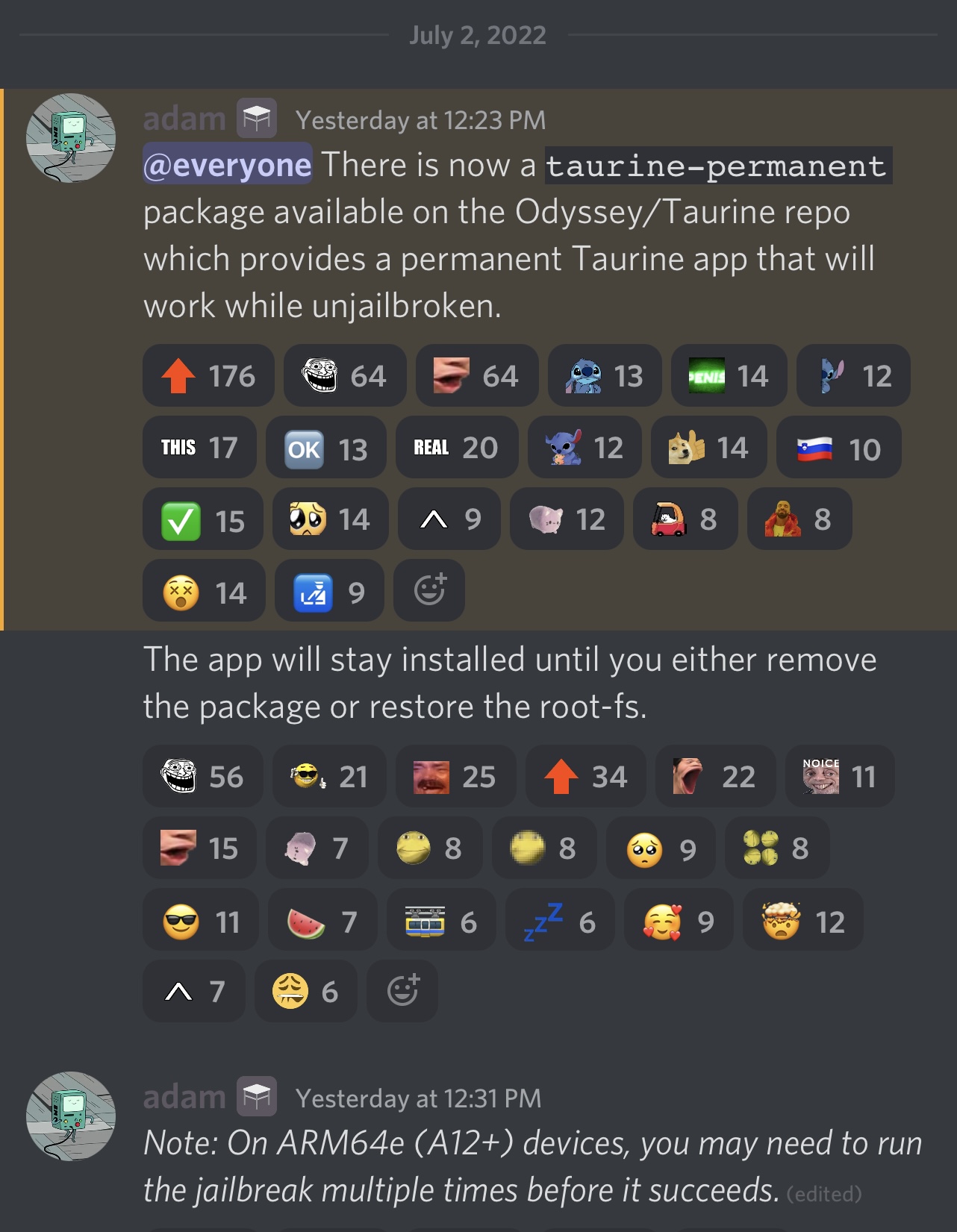 According to Adam, once the package is used, the Taurine jailbreak app can only be removed by either uninstalling the taurine-permanent package in a jailbroken state, or by using the jailbreak’s rootFS restore feature.

A notable difference between this package and Fugu14, however, is the device and firmware support. While Fugu14 supports only certain Apple chipsets and firmware versions, Zhang’s PoC supports all chipsets on iOS & iPadOS versions 14.0-15.4. Consequently, the taurine-permanent package doesn’t discriminate against any particular device or firmware combination.

The glaringly obvious exception at this time, however, is that an iOS or iPadOS 15-supported jailbreak isn’t available yet, however the Odyssey Team is working on one. It remains to be seen how SSV might impact the package once an iOS & iPadOS 15 jailbreak is released, so we’ll have to wait and see to know for certain.

At this time, Taurine is the latest available jailbreak that can take advantage of the taurine-permanent package, which means users of this jailbreak on iOS or iPadOS 14.0-14.3 can use it. If the Odyssey Team adds support for later versions of iOS & iPadOS 14 to Taurine, then they would eventually be supported by the package too.

If you’re a Taurine jailbreak user on iOS or iPadOS 14.0-14.3 devices, is this something that you plan to take advantage of? Be sure to let us know in the comments section down below.