You wouldn’t be alone in wondering what’s happening with respect to the upcoming rootless jailbreak for iOS & iPadOS 15.0-15.1.1 by the Odyssey Team. Fortunately, Odyssey Team lead developer CoolStar provided a status update Thursday morning that may pique your interest. 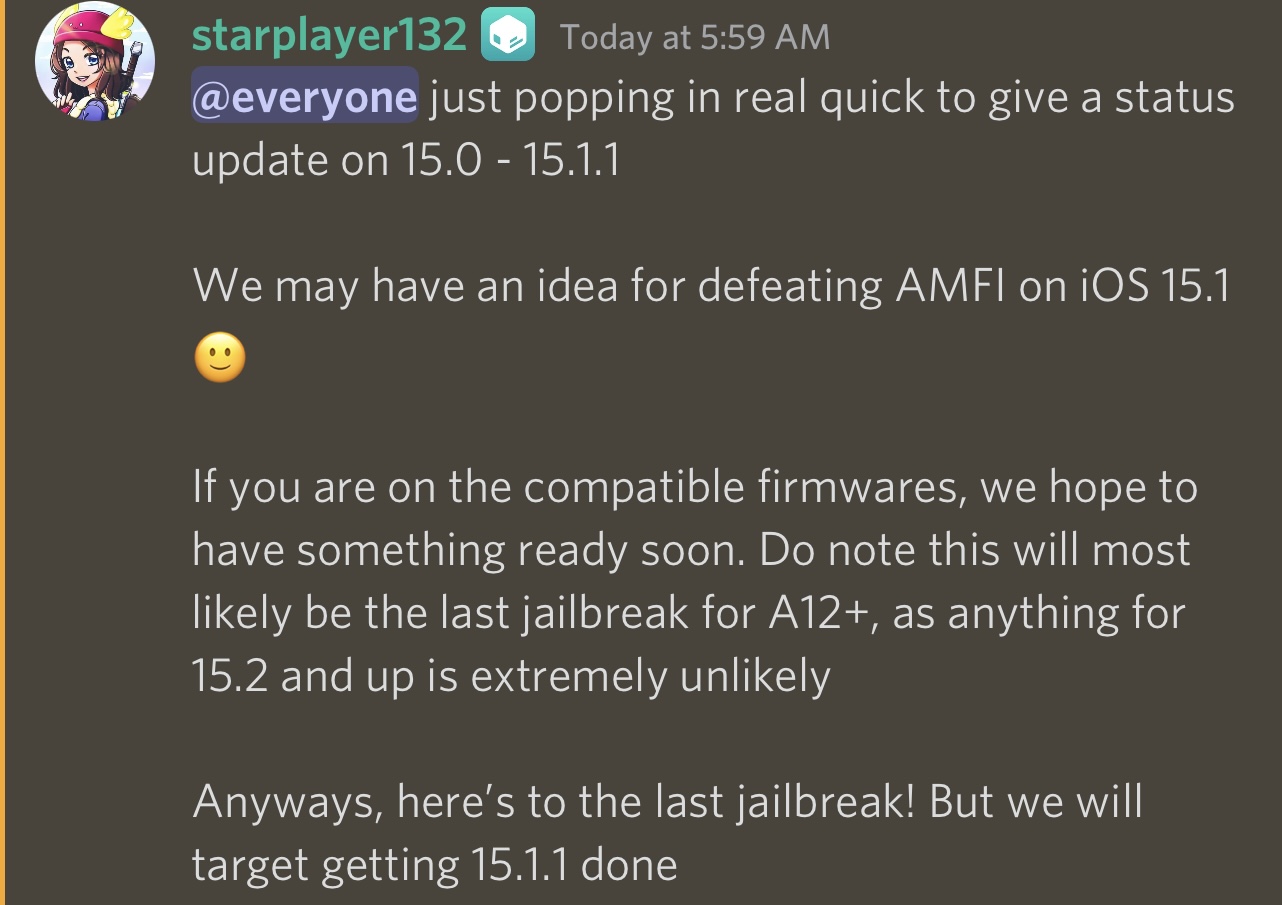 Citing the announcement, shared via the Sileo / Taurine / Odyssey Discord channel, it would seem that the Odyssey Team has likely discovered a way to circumvent AppleMobileFileIntegrity (AMFI) on iOS & iPadOS 15.1.

For those unaware, AMFI is a part of iOS’ code entitlements system, that helps ensure everything running on a particular device is kosher and not resulting from arbitrary processes such as from a jailbreak.

CoolStar went on to note that those waiting patiently on a compatible firmware should hopefully have something to look forward to soon, however with no hard ETA provided, that could still mean weeks or even months.

CoolStar also reiterated that this would be the Odyssey Team’s final jailbreak for A12 and newer devices, since anything for iOS & iPadOS 15.2 and newer on such devices would be incredibly unlikely due to all the security mitigations put into effect by Apple.

Important to note, however, is that while this may be the Odyssey Team’s final jailbreak release, that idea doesn’t necessarily apply to other jailbreak teams or entities who plan to release jailbreaks in the future.

The positive side of things is that those on iOS or iPadOS 15.0-15.1.1 who’ve been waiting for a jailbreak may soon see one. While the rootless paradigm is sure to stir up some confusion about what this jailbreak will be capable of, we created an in-depth F.A.Q. post that should answer all of your questions.

Are you excited to see what appears to be a green light for the upcoming iOS & iPadOS 15.0-15.1.1 jailbreak? Let us know in the comments section down below.