This past weekend, Odyssey Team lead developer CoolStar successfully achieved read-only amfid task port on iOS & iPadOS 15.0-15.1.1. While this was obviously a terrific feat, jailbreaking requires both read and write, not just read. 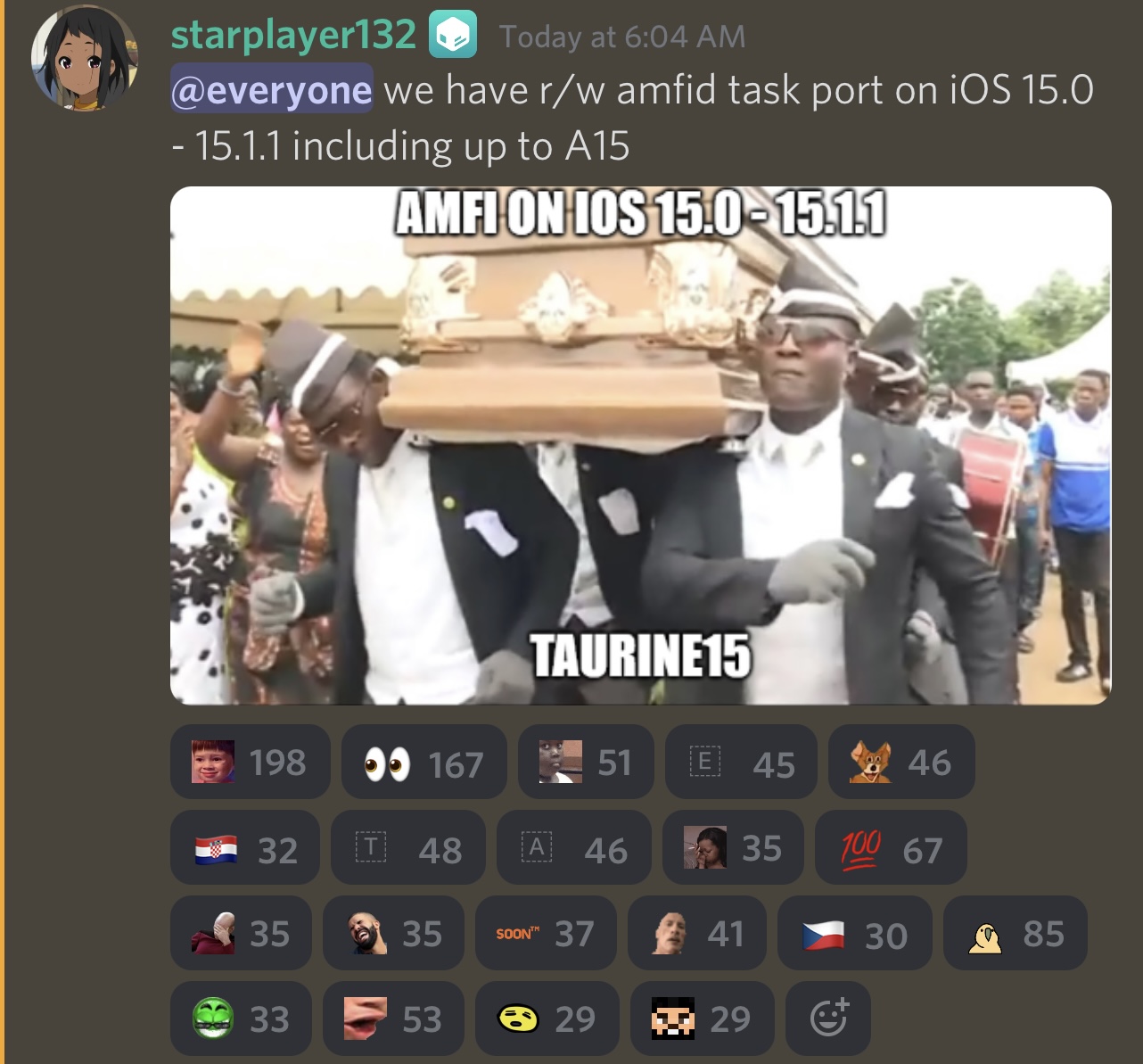 Fortunately, CoolStar said in the Sileo / Taurine / Odyssey Discord channel early Monday morning that she had successfully achieved the coveted read/write amfid task port for the aforementioned firmware versions that supports up to A15-equipped devices.

What this means is that another significant milestone in the jailbreak development preparation process is now complete, leaving two more steps in the simplified outline discussed by CoolStar the weekend before.

The remaining steps now include verifying the amfid patch and then verifying that jailbreakd still works. If everything checks out, then development on the iOS & iPadOS 15-centric jailbreak tool can commence.

In a separate comment in the Sileo / Taurine / Odyssey Discord channel over the weekend, CoolStar said that there are currently no plans to support iOS & iPadOS 15.2 beta 1 despite being vulnerable to the exploit. 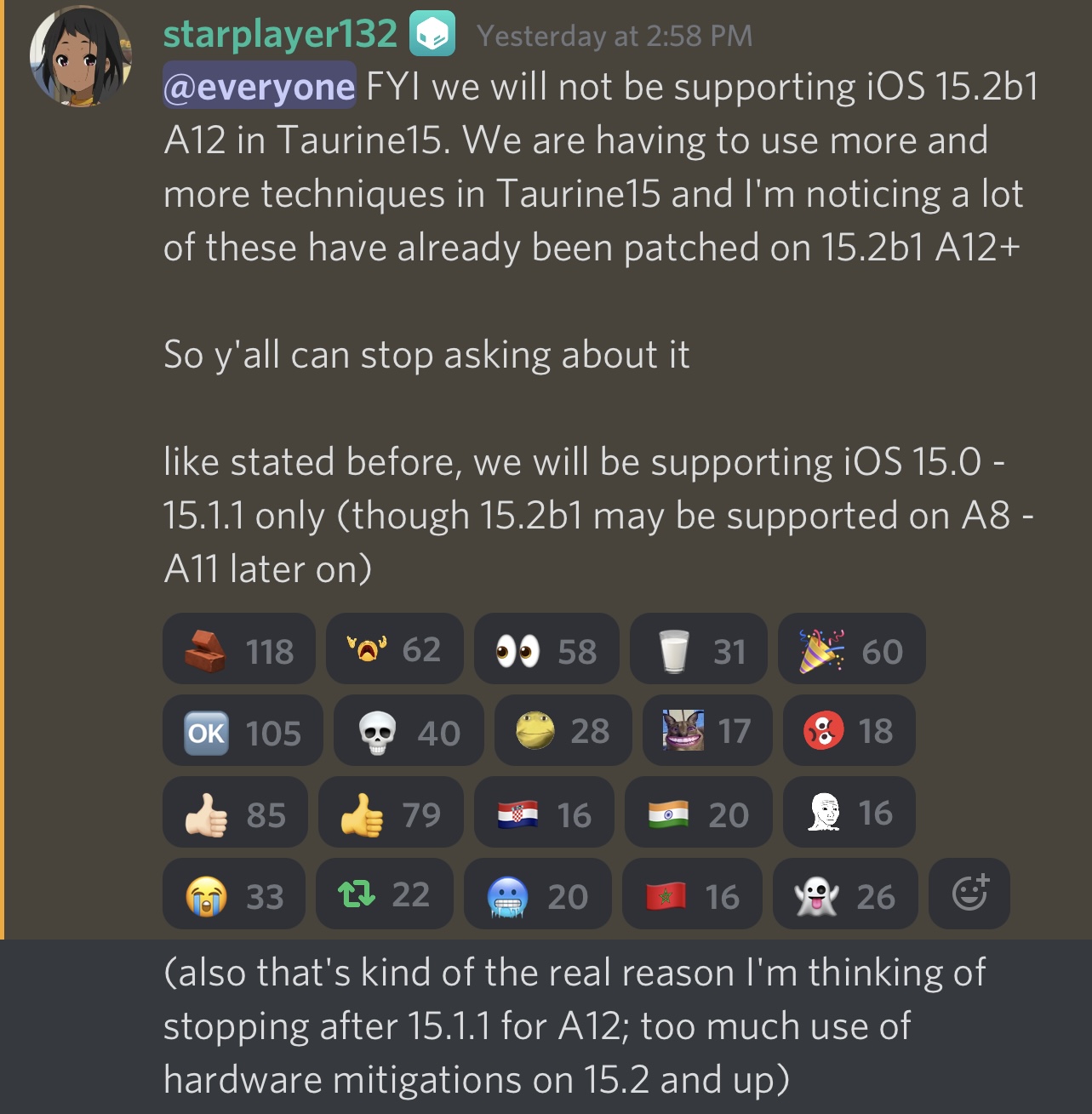 This is because A12 and newer devices sport additional security mitigations, which entails burning several new techniques to circumvent them. This resource-heaviness is exhausting in the grand scheme of things for the jailbreak development process, and is absolutely an intentional step by Apple to make jailbreaking more difficult.

For now, those who upgraded to iOS & iPadOS 15.0-15.1.1 while they had the chance appear to be in good standing as we continue to wait for an iOS & iPadOS 15-supported jailbreak.

The checkra1n team is also working on iOS & iPadOS 15 support for A9-A11 devices, however the Odyssey Team’s work certainly appears to be coming along sooner. We’ll continue to keep our readers apprised of any additional developments.

Are you excited for an iOS & iPadOS 15 jailbreak? Let us know down in the comments section below.