All eyes currently seem to be fixated on the Odyssey Team for an upcoming jailbreak supporting iOS & iPadOS 15.0-15.1.1, and with that in mind, a Tweet shared by lead developer CoolStar Saturday even might be of interest to those following along. 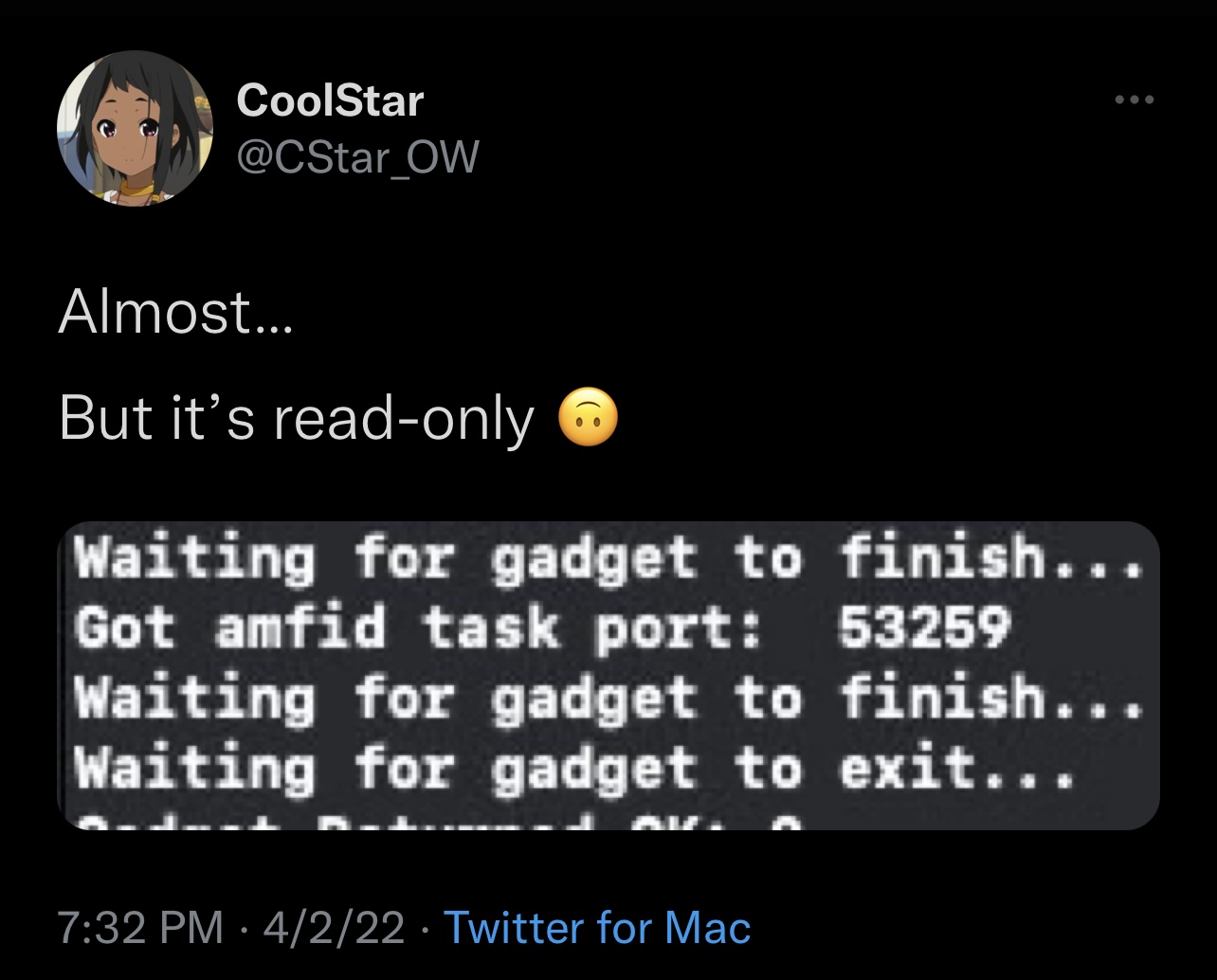 As we know from comments shared by CoolStar just last weekend, getting amfid’s task port is an important step in developing the aforementioned jailbreak, and it’s also the current goal in a long list of objectives.

For what it’s worth, a jailbreak will require read and write privileges, and not just read-only. Still, these baby steps are heading in the right direction, and even a modicum of progress is noteworthy.

Once CoolStar successfully obtains amfid’s task port, the remaining steps will be to verify that the amfid patch is good and then to verify that jailbreakd still works. After that, development on the jailbreak tool can commence.

Even with progress rolling in the right direction thus far, there is still no concrete ETA for the completion of the iOS & iPadOS 15.0-15.1.1 jailbreak. Those anticipating the release should continue exercising patience.

As always, iDB will monitor developments surrounding  iOS & iPadOS 15 jailbreaks around the clock and keep you posted, so stay tuned!