Late last night, Odyssey Team lead developer CoolStar provided something of a status update pertaining to the progress of the team’s upcoming jailbreak for iOS & iPadOS 15.0-15.1.1.

The first update, shown above, was shared via Twitter in what appears to be a sandbox escape demo for iOS & iPadOS 15.0-15.1.1.

CoolStar once again reiterated the challenges with jailbreaking iOS & iPadOS 15, and confirmed that this would be her last time working on a jailbreak.

An additional update shared later on via the Sileo / Taurine / Odyssey Discord channel appears to underscore the team’s progress in a detailed checklist: 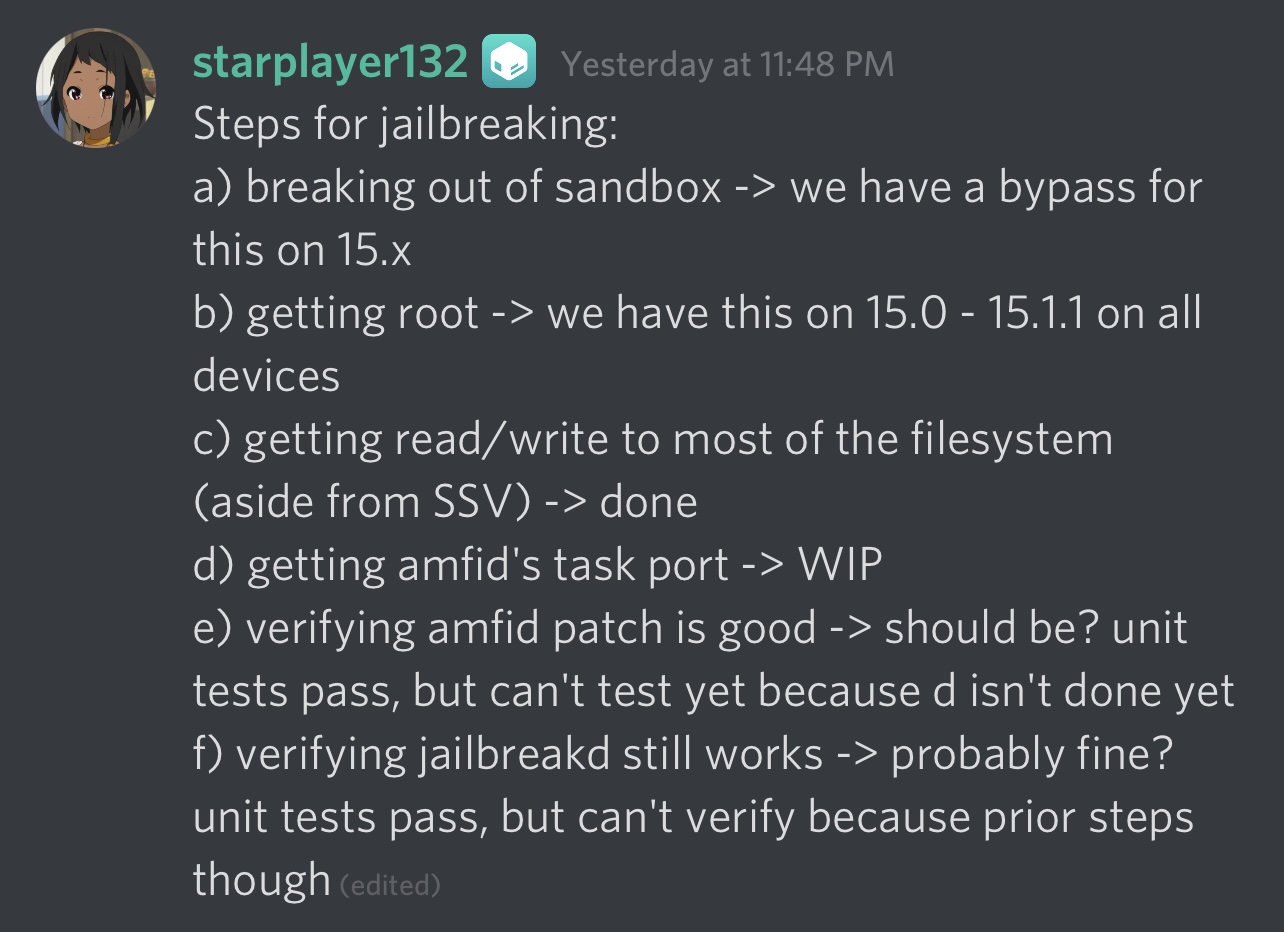 The six-step process to create a jailbreak, as described by CoolStar in Discord, includes:

1. Breaking out of sandbox
2. Getting root
3. Getting read/write to most of the file system
4. Getting amfid’s task port
5. Verifying the integrity of the amfid patch
6. Verifying that jailbreakd works

Step one is considered done thanks to the bypass. Step two is good to go on all iOS & iPadOS 15.0-15.1.1 devices. Step three is good to go apart from SSV (secure system volume), hence why this jailbreak is going to be rootless. Step four is a work in progress. And lastly, steps five and six are dependent on completing the above four steps.

As of now, CoolStar appears to be trying to get amfid working on A12-and-newer devices, which is the real challenge as these devices have many more security mitigations in place than A9-A11 handsets do. Getting that step done, however, should be good news for the jailbreak community.

The Odyssey Team continues to work diligently behind the scenes, and shares regular updates regarding their current progress. There is, without a doubt, a lot of stress involved in the process, so we continue to advise patience.

As always, we’ll continue to keep you updated as any pertinent news surfaces regarding the iOS & iPadOS 15 jailbreak, so stay tuned!