With the news of an iOS & iPadOS 15.0-15.1.1-compatible kernel exploit being released, many iPhone and iPad users who’ve been wanting to jailbreak their handset have subsequently started seeking ways to upgrade to iOS or iPadOS 15.1 or 15.1.1 while they still can. While DelayOTA can be a solid option for anyone who hasn’t saved .shsh2 blobs, those who have can alternatively use futurerestore to update to these firmware versions. 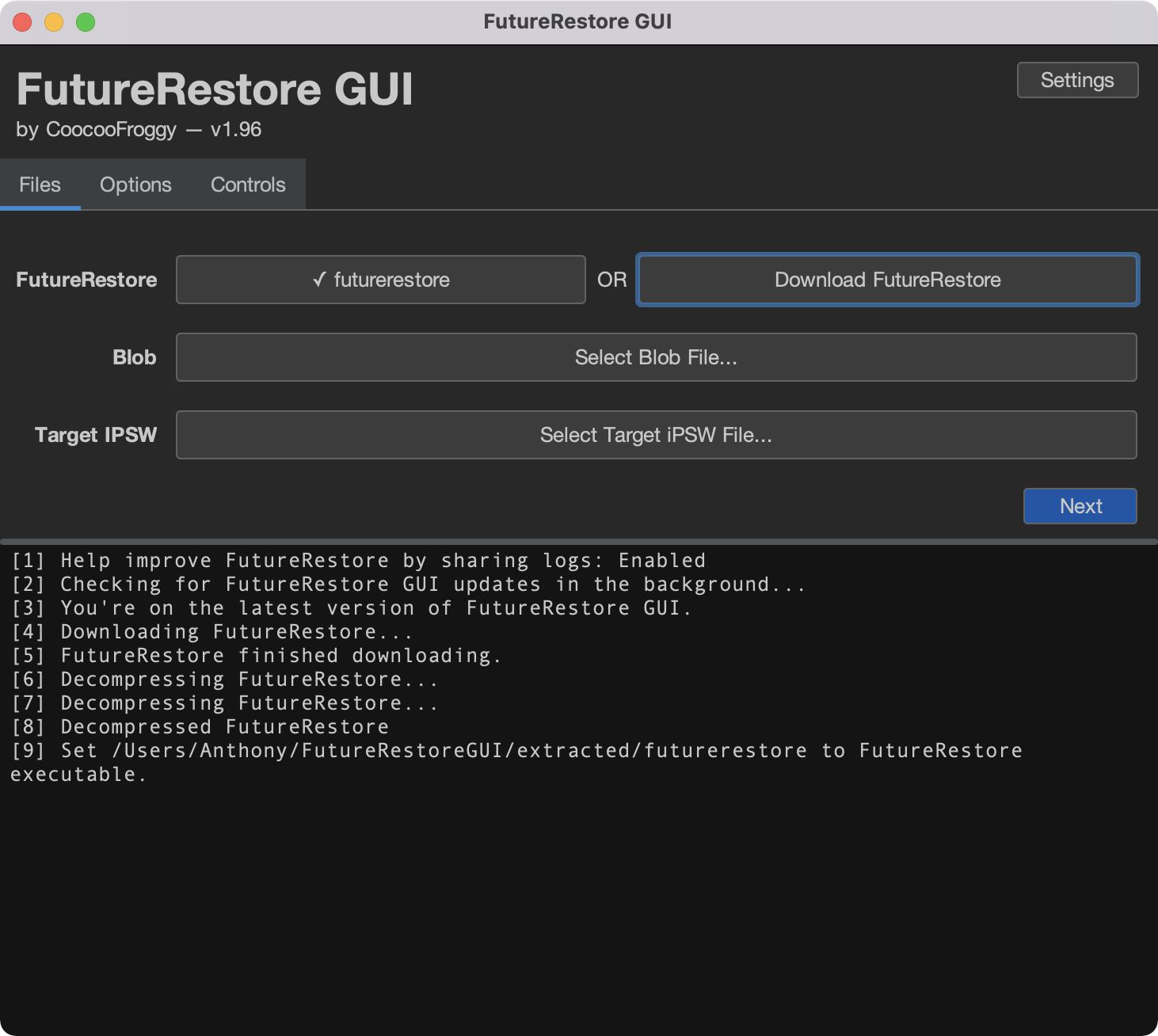 One problem, however, would be something known as the “A14 Curse,” which has been described to me as an ongoing bout of issues impacting A14-equipped handsets, especially with respect to DelayOTA and futurerestore. Many A14 device users attempted to use either DelayOTA or futurerestore only to be faced with errors.

Fortunately, a newly released version of futurerestore seeks to fix this so-called A14 Curse, and has been confirmed by several users to overcome the so-called issues exhibited by the A14 Curse. The news was first shared to the /r/jailbreak subreddit by user aaronp613.

For those unaware, futurerestore is software for Mac, Windows, and Linux machines that lets users with saved .shsh blobs downgrade or upgrade to unsigned firmware versions on their iPhone or Pad. Futurerestore can be used as a command line tool or as a user-friendly GUI tool, and we’re particularly fond of the latter because of its simplicity.

Using futurerestore can be somewhat complicated, fortunately iDownloadBlog offers detailed tutorials on how to use futurerestore, which we’ve linked for your convenience below:

Per comments shared in the /r/jailbreak thread, if you are using the futurerestore GUI app instead of the command line tool, then you will need to navigate to Settings and enable the futurerestore beta option. In the menu, you should then be able to use the download futurerestore option:

Another useful tidbit of information is that it’s better to back up your data and fully restore your iPhone or iPad to the firmware you want before restoring from your backup than to use the –update command. The latter may allegedly result in bootlooping.

Just to reiterate, using futurerestore requires .shsh blobs, so if you didn’t save those for iOS or iPadOS 15.1 or 15.1.1 while they were still being signed, then you will not be able to take advantage of futurerestore to get to these firmware versions. If that’s the case, then DelayOTA may serve you better. We’ve attached tutorials for those processes below:

Please note that DelayOTA and futurerestore are unrelated and you must choose between one method or the other for getting to iOS or iPadOS 15.1 or 15.1.1 based on your circumstances.

The latest version of futurerestore with fixes for the A14 Curse can be downloaded from this source.

Have you downloaded and/or tried the latest version of futurerestore yet? Share in the comments section down below.