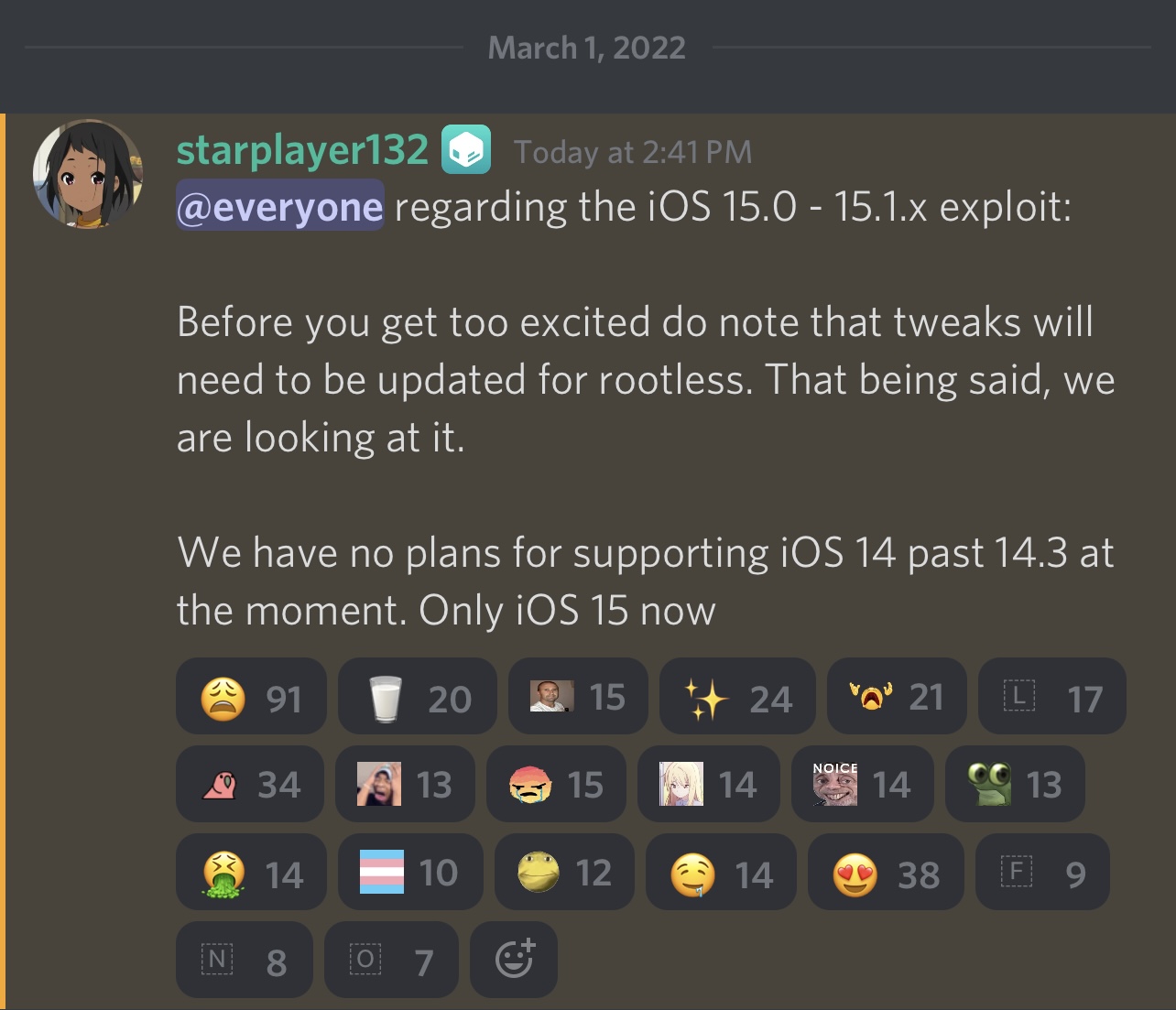 Being a full exploit meant that jailbreak developers finally had everything they needed to begin formulating a new jailbreak for compatible devices, however we knew based on iOS & iPadOS 15’s new secure system volume (SSV) security mitigations that this wouldn’t be an easy task, nor would it happen overnight.

Fortunately, jailbreak developers are already beginning to take notice of the new exploit. Odyssey Team lead developer CoolStar was among one of the first after taking to the Sileo / Taurine / Odyssey Discord channel this afternoon to share that the team was actively looking into it.

Since an iOS & iPadOS 15-based semi-untethered jailbreak would likely need to be rootless due to SSV protections, CoolStar went on to warn that many jailbreak tweaks would need to be updated to work. Fortunately, the libhooker tweak injection method that the Odyssey Team uses in its jailbreaks already sports preliminary iOS & iPadOS 15 support as of version 1.6.9 beta 2.

Another important tidbit that we can gather from CoolStar’s comments is that there are no current plans by the Odyssey Team to support any version of iOS or iPadOS 14 newer than version 14.3. All attention and efforts henceforth will focus primarily on iOS & iPadOS 15 only.

Of course, developing these things takes time, so it won’t be instant. Patience is going to be an important tool moving forward.

Are you excited to see what becomes of iOS & iPadOS 15 now that we have our first public exploit? Let us know in the comments section down below.