Ever since the launch of the item tracking accessory AirTag, Apple has been working to tweak the device’s software features to make it so it’s harder to stalk people, or things, that don’t actually belong to that person. And that continues with iOS 15.4. 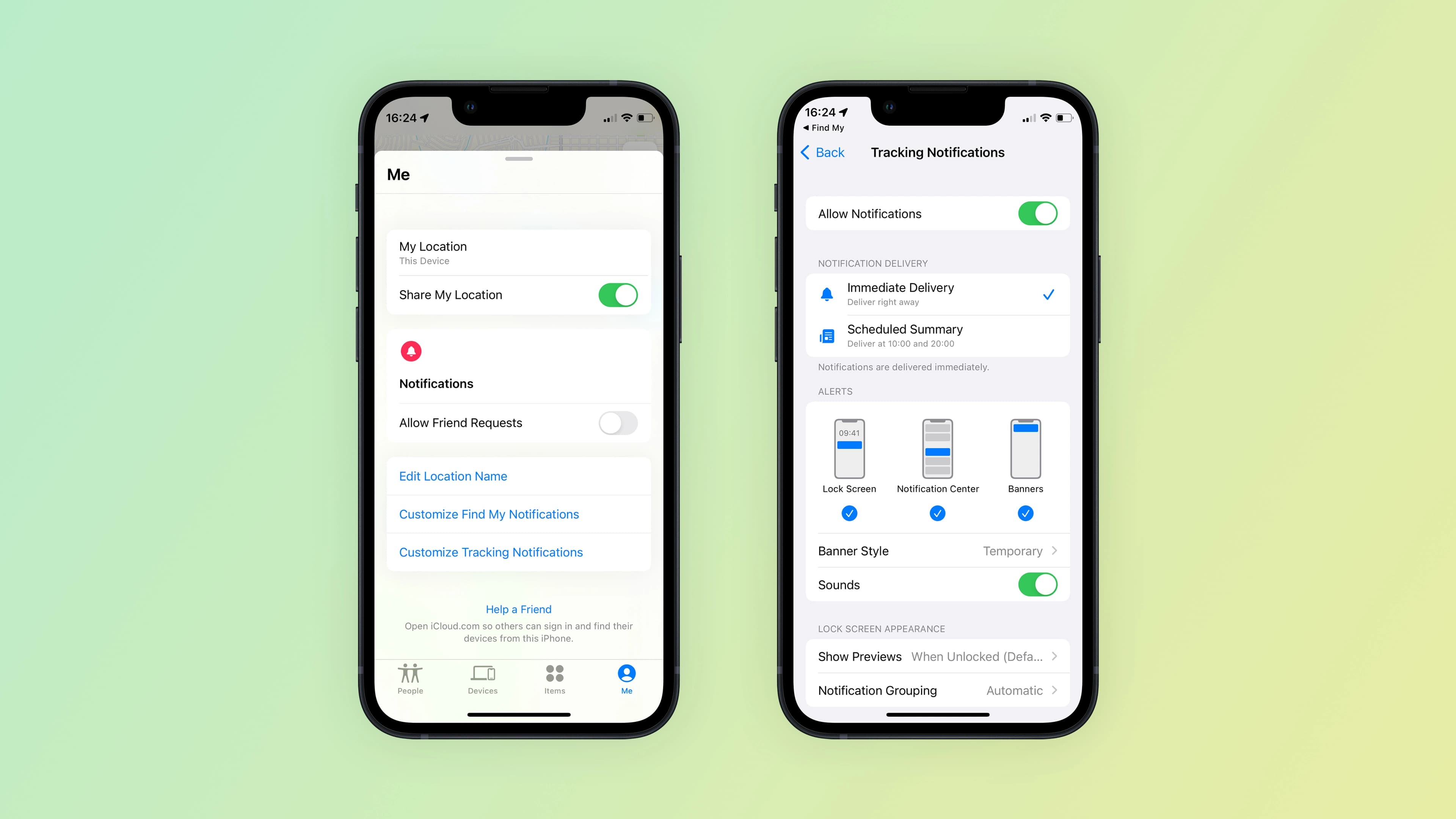 Earlier this month, Apple detailed some of its plans regarding fighting unwanted AirTag tracking. The company outlined how it would be adding new alerts to the mix, along with new safety warnings. And with the arrival of the latest iOS 15.4 beta, Apple is making good on that promise.

9to5Mac has confirmed that the latest beta for Apple’s next update to its mobile operating system adds those anti-stalking features, alerts and warnings, to the mobile operating system. As noted in the original report, setting up a new AirTag will now make sure that it’s obvious that the tracking device is directly associated with the individual’s Apple ID and that it contains that person’s data.

The pop-up also says that tracking someone with an AirTag without their knowledge is “a crime in many regions around the world.”

Going further, the Find My app itself has added new elements to the mix, hopefully giving users a bit more control. Per the report:

The Find My app in the latest iOS 15.4 beta also comes with new notification settings that let users change specific options for Find My and Tracking separately. In addition, Apple is also making it clearer which type of accessory was detected moving with someone (such as by specifying that it’s a pair of AirPods.)

You can see the changes in the app in the image at the top of this article.

Resource: What it looks like when an AirTag is tracking you

With the latest beta, we are inching closer to the public release. It’s expected that iOS 15.4, along with iPadOS 15.4 and the other major updates to Apple’s other platforms, will arrive in the first half of March.