FloatingPlayer is your Spotify and Apple Music mini player that lets you control playback everywhere via a floating Picture in Picture window on your iPhone, iPad or Mac. 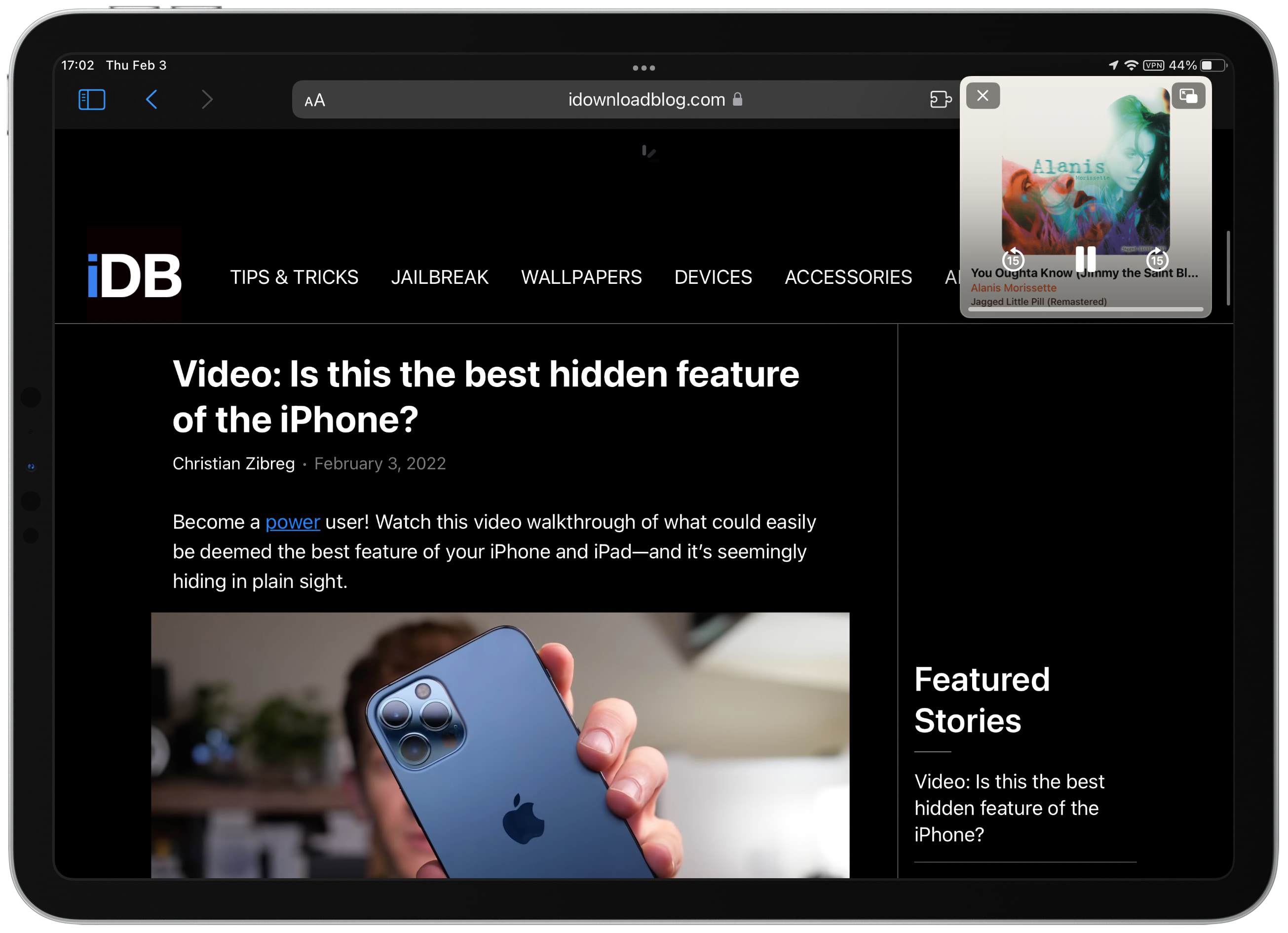 Using Picture in Picture for audio is a great idea and Floating Player seems to be the first app to utilize Picture in Picture functionality to create an always-accessible mini player for music. Since Picture in Picture windows float above all other apps, FloatingPlayer boosts your multitasking by permitting you to change tracks without reaching for Control Center. Read: How to transfer your liked songs and playlists from Spotify to Apple Music

Created by an independent iOS developer from New Zealand, the app supports both Apple Music or Spotify. Once you connect your Apple Music or Spotify account, start playing a track in either app and then switch back to FloatingPlayer to start or stop a Picture in Picture window. Your music continues playing uninterrupted, but now you’ll have a floating Picture in Picture window on your iPhone, iPad or Mac with playback controls. 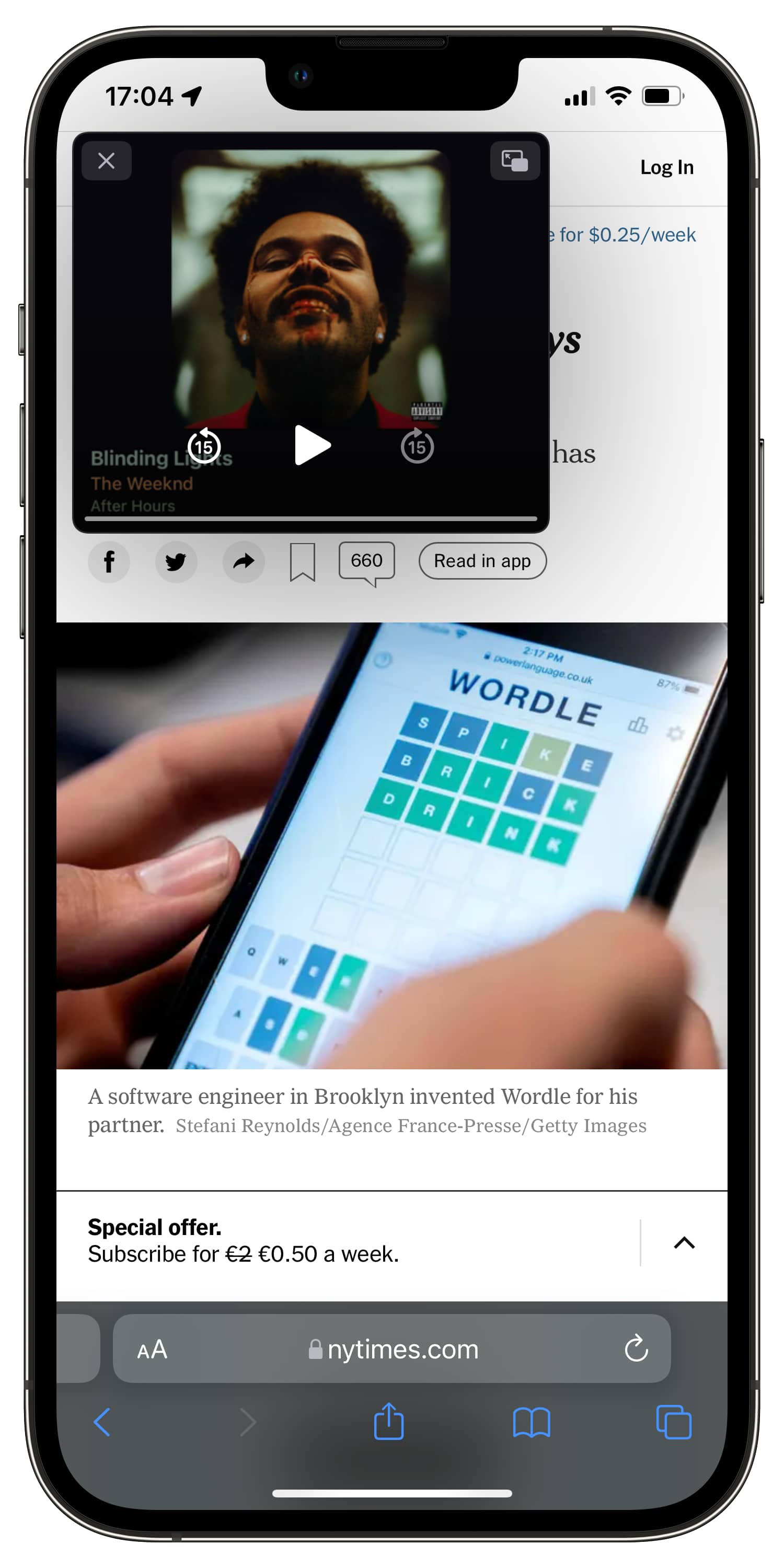 You can swipe away the window outside screen edges to continue listening to music while focusing on the task at hand. Use pull tabs to swoosh the window back into view. Also, you can flick the window to any screen edge, double-tap or pinch-zoom to make the window smaller or larger, and so on. Read: How to share music or videos on FaceTime

The developer has shared a video of FloatingPlayer in action on his Twitter.

As mentioned, Floating Player works with both Apple Music and Spotify although only one music source can be used at a time. Meaning, you must disconnect one account to use the other. FloatingPlayer can be downloaded from the App Store in exchange for $0.99.