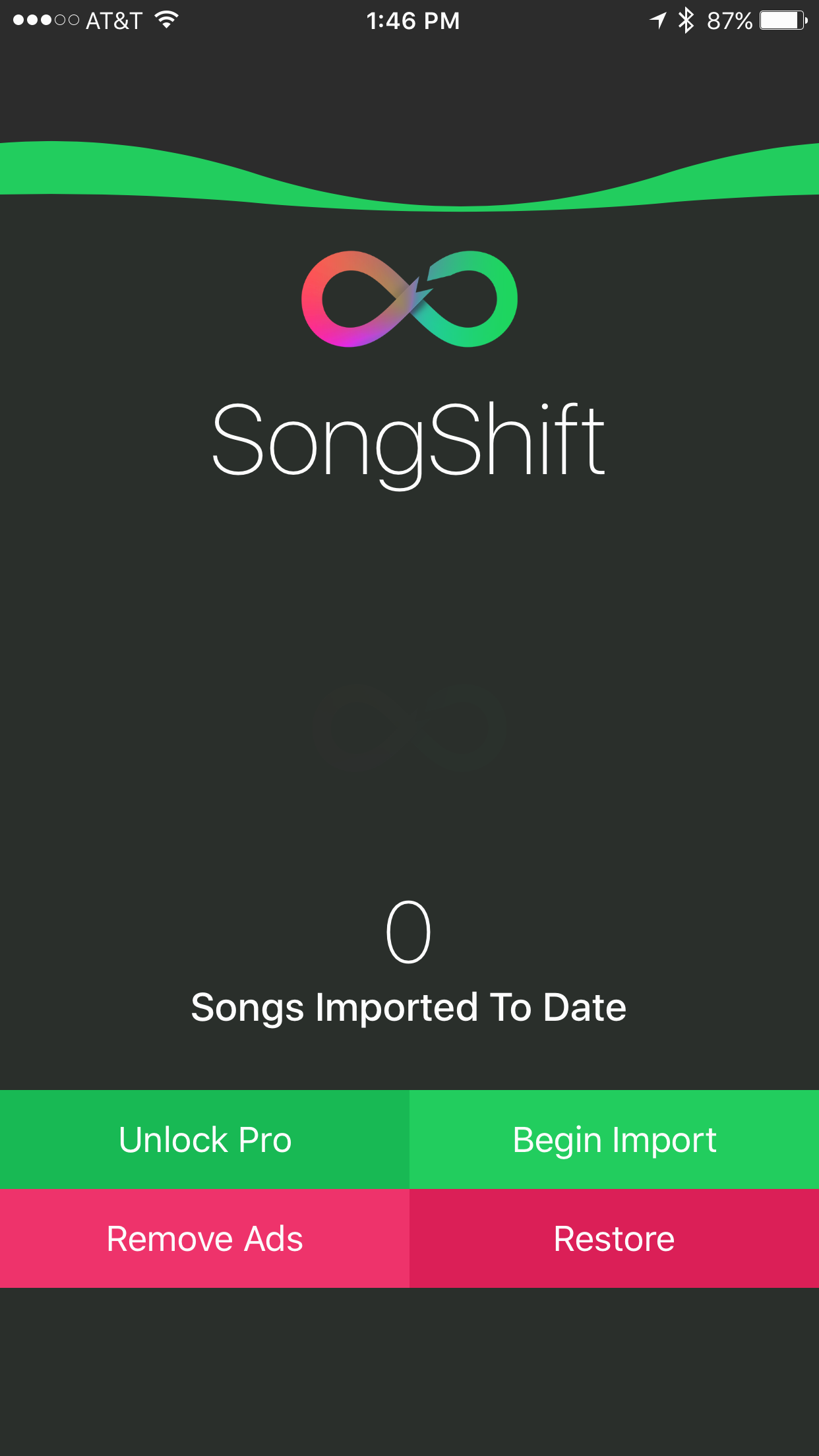 A new app called SongShift now available in the App Store gives you the ability to import your Spotify music playlists right on over to Apple Music in a matter of moments.

It antiquates those desktop software apps that would typically take forever to complete the process and also require a tethered computer connection to work, and in this review, we’ll walk you through how the SongShift app works.

The process of manually re-creating your long music playlists after choosing to migrate to Apple Music from Spotify can leave you with tons of wasted time. That’s why a clever iOS developer came up with an app called SongShift that automates the whole process for you right from your iPhone, iPod touch, or iPad.

After downloading it from the App Store for free, you can begin the process immediately by following these simple steps:

1) Launch the app from your Home screen, and click on the green Begin Import button.

2) Tap on the Sign In button to continue with the SongShift experience. 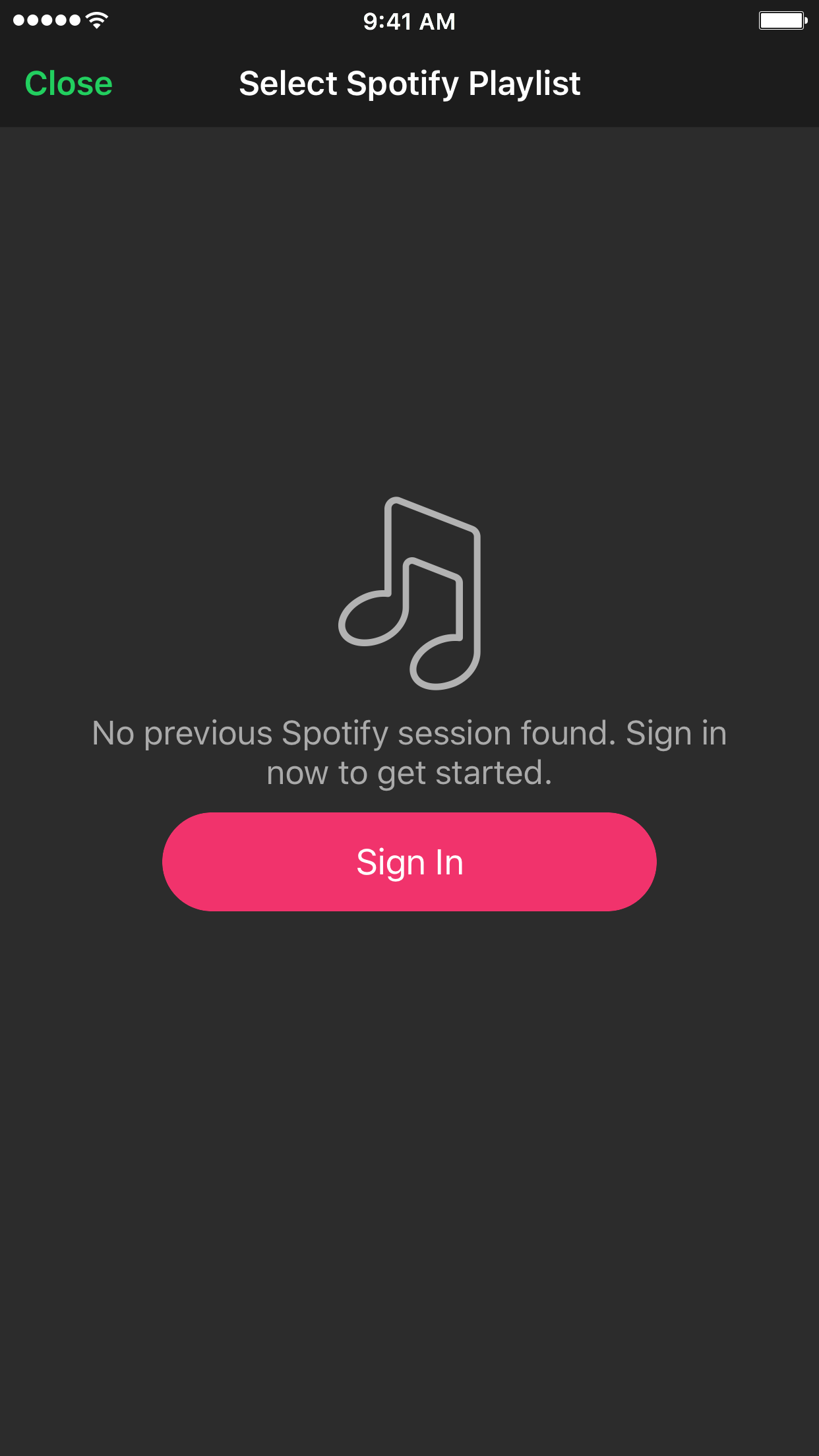 3) You will be prompted to log in to your Spotify account, so go ahead and do so to give the SongShift app access to your playlist(s). 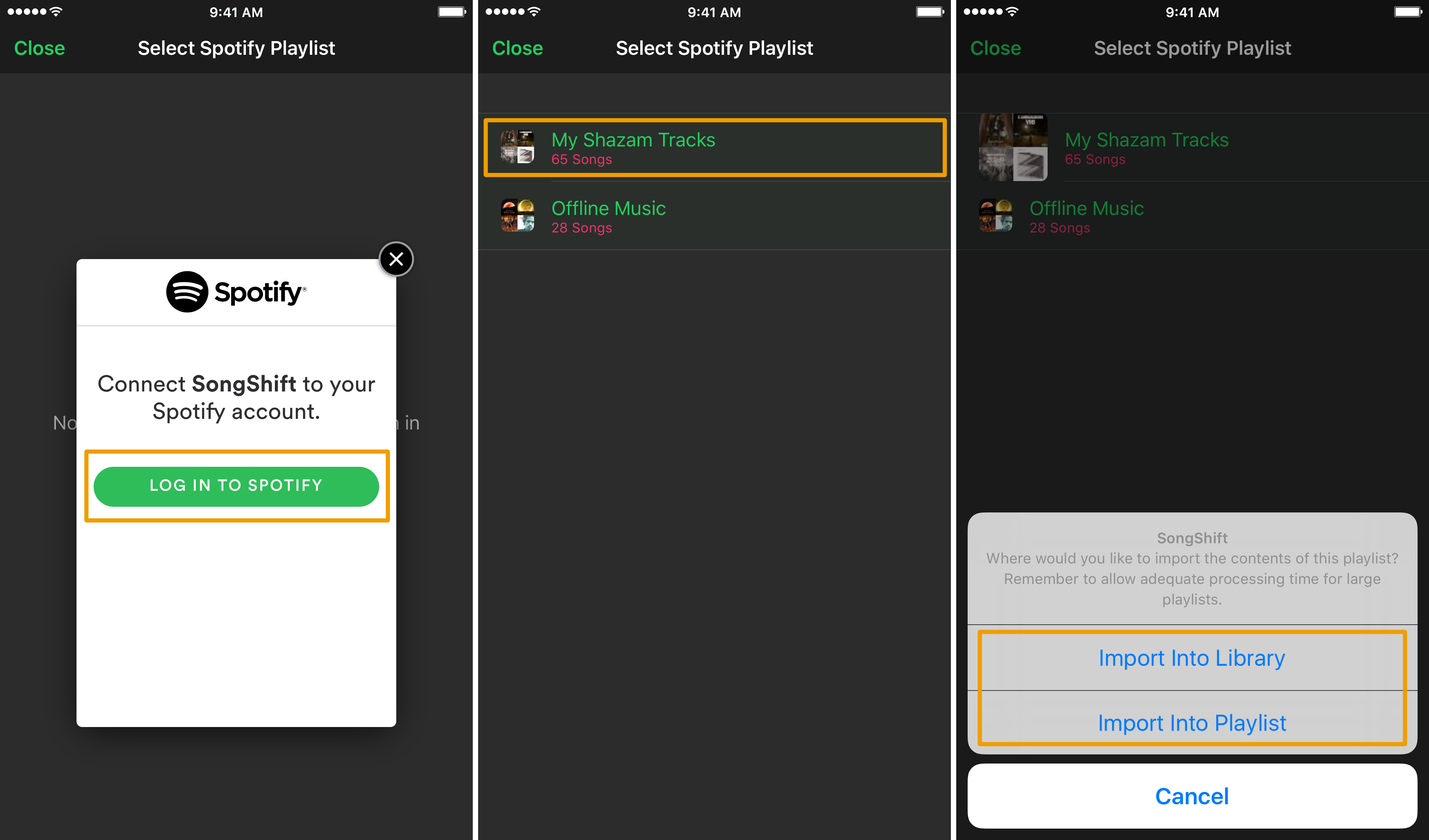 4) Tap on the Spotify playlist from your playlist list that you wish to import to Apple Music, and then from the option sheet that appears, choose whether you want to import the playlist to your Apple Music library or to a specific Apple Music playlist.

5) The app will begin importing your playlist information to Apple Music. 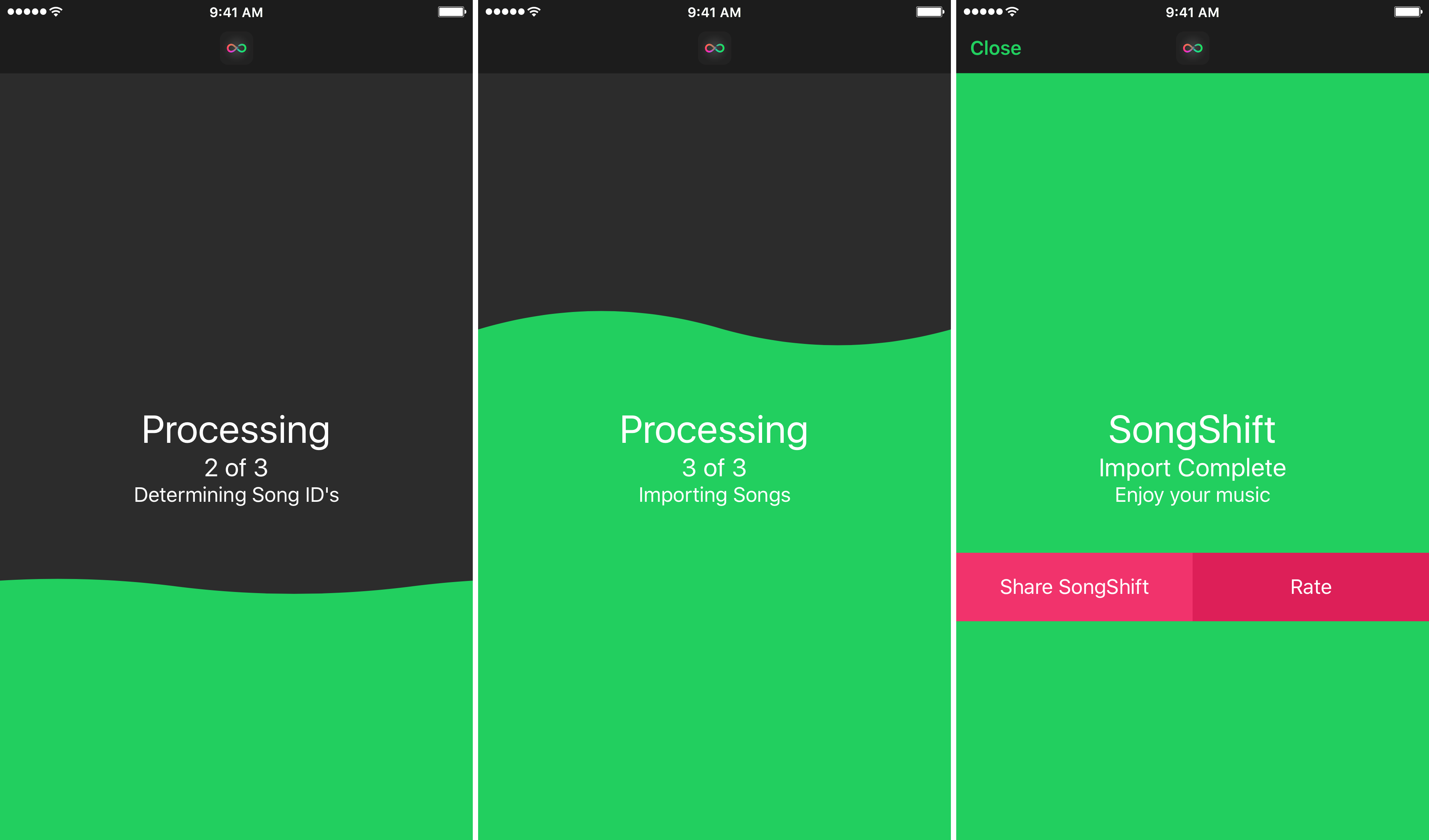 And after the app completes, that’s all there is to it!

Repeat the steps above for every playlist that you wish to import to your Apple Music app, and you can begin enjoying all the same tracks in Apple Music that you once enjoyed in Spotify.

I think SongShift is a great solution to those wanting to switch from Spotify to Apple Music without spending the time to re-create their lengthy playlists manually.

Obviously, not all streaming services are the same, and if Spotify has a song that Apple Music does not, then it won’t be able to transfer, and this is understandable.

If you were switching from Spotify over to Apple Music, I would highly suggest this app!

SongShift is a great app that lets you import your Spotify playlists to Apple Music directly from your iOS 9.3 or later device without using desktop software. If you’re interested in giving it a try for your migration, you can head over to the App Store and download it for free.

What are your thoughts on SongShift? Would you use it to import your Spotify playlists to Apple Music? Share below!