It’s probably safe to say that iOS 15 has had a fair share of pain points since its public launch back in September. Interestingly, one of those was Apple’s decision to . . . aggressively switch between macro photography and not. Some reviewers pointed it out that it was a bit of an issue, but Apple was pretty quick to say that a fix was incoming.

At the time, though, Apple only said a future update would host the fix. But now it appears it’s right around the corner. As noted today by 9to5Mac, following the seed of the third beta of iOS 15.1 to developers, there is a new toggle switch in the camera settings. Specifically, it’s called “Auto Macro,” and it does exactly what the name suggests.

Toggling this feature on will allow the camera to automatically switch to the Ultra Wide camera to capture macro photos and videos. Toggling this feature off will make the camera not handle this process automatically. That appears to be what many iPhone 13 Pro and iPhone 13 Pro Max owners out there are looking for, and it’s good to see the fix is coming sooner rather than later. 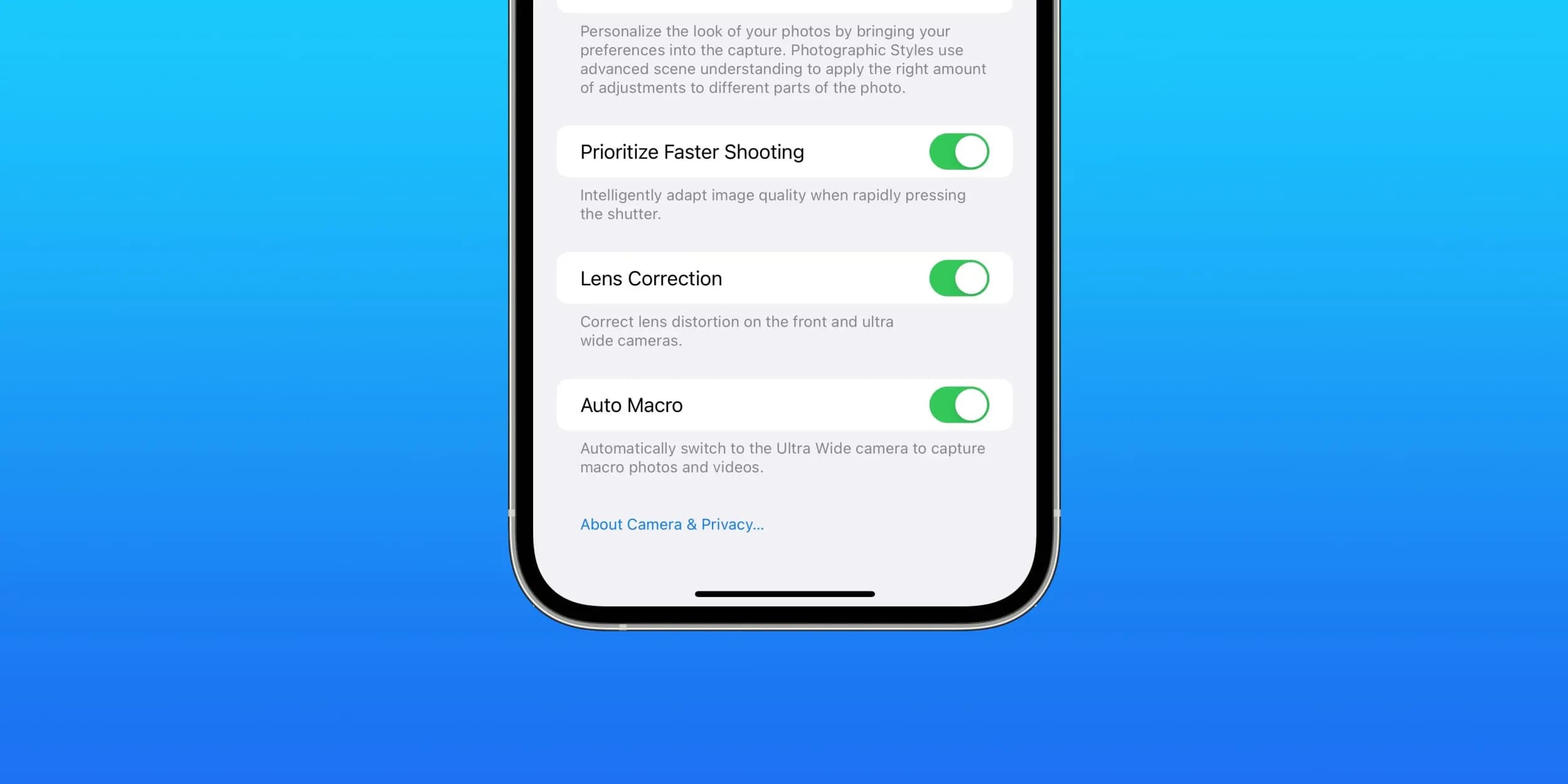 It’s good to see this fix coming so soon after iOS 15’s initial launch. Will you be keeping the automatic switching toggled on, or will you be turning it off as soon as you can?

The third iOS 15.3 beta also brings support for ProRes Video to the smartphone lineup. Apple confirmed this feature wouldn’t be supported in iOS 15 at launch, but it looks like it will arrive in the near future. With this feature present, users will be able to toggle it on or off in the Settings app, choosing the camera option.