Just a couple of days ago, the Odyssey Team shared that it was already investing in test devices for iOS & iPadOS 15 jailbreak development. The announcement was accompanied by a photograph of an iPod touch that had been custom engraved with the words “Odyssey Team” on the back.

According to the announcement, only a few small parts of libhooker are actually broken. However in noting that it didn’t take long to get almost all the tests to pass, CoolStar appears to suggest that it should be somewhat easy to fix those parts before an iOS & iPadOS 15 jailbreak ever drops: 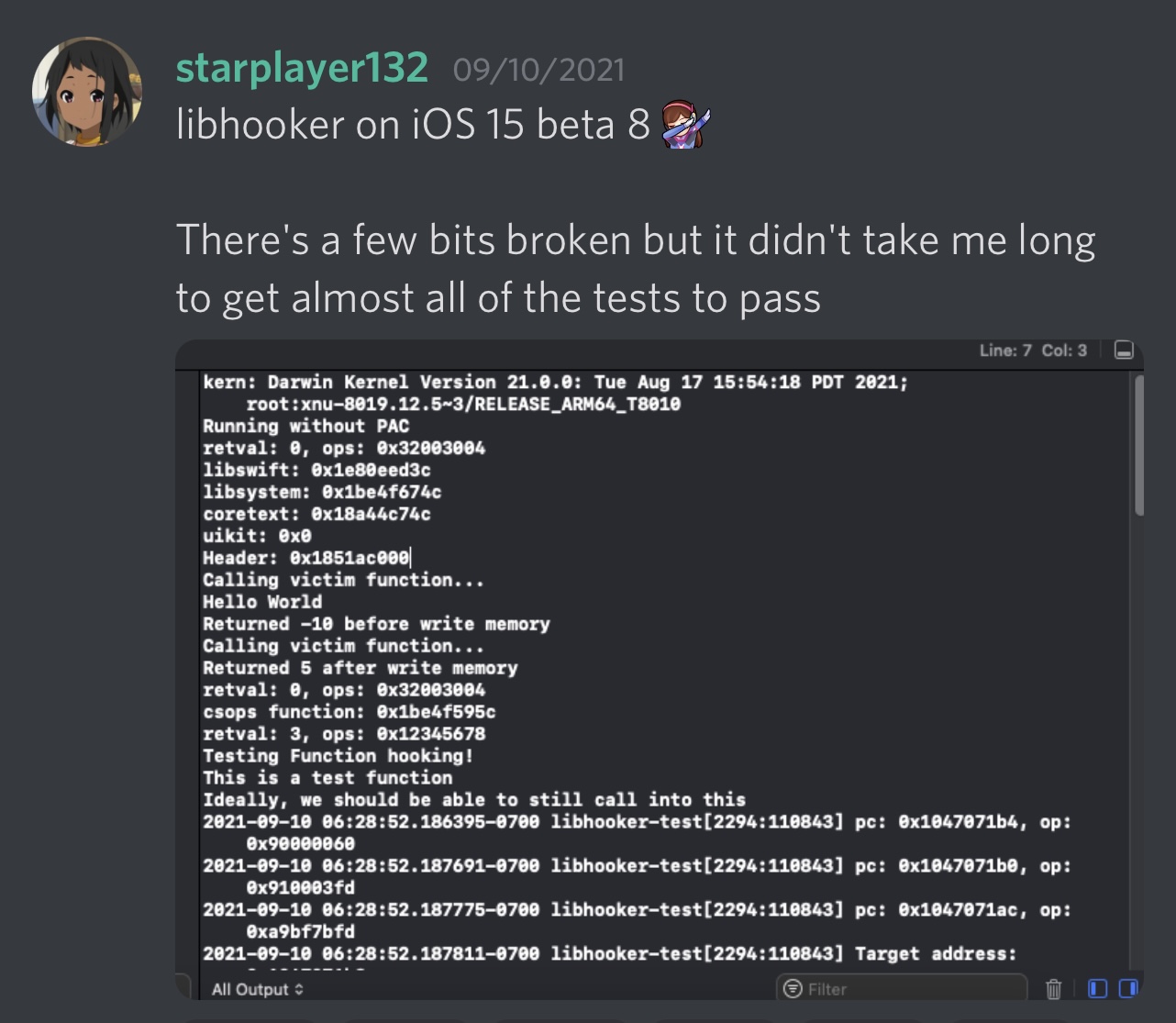 There hasn’t yet been any significant news about a kernel-level tfp0 exploit for iOS & iPadOS 15, but the sunset of the iOS & iPadOS 14 jailbreak season leaves many excited to see what’s to come for jailbreaking in a world after iOS & iPadOS 15 have been released by Apple.

Apple is planning to showcase the new iPhone 13 lineup at this week’s special event on Tuesday, September 14th. It’s expected that the Cupertino-based company will also make iOS & iPadOS 15-related announcements, either opting to release the firmware update that same day or later in the week.

Given just how smoothly everything appears to be aligning, it will indeed be interesting to see how soon an iOS & iPadOS 15 jailbreak materializes.