Substitute is the preferred tweak injection method for the unc0ver jailbreak, but it can also be used by checkra1n jailbreak users who feel like using something other than Cydia Substrate.

Monday evening, Substitute received a quiet, yet important update to version 2.2.0 with what could only be described as notable changes.

Citing the release notes outlined in the change log for Substitute v2.2.0, it would appear that this update provides preliminary support for iOS & iPadOS 15: 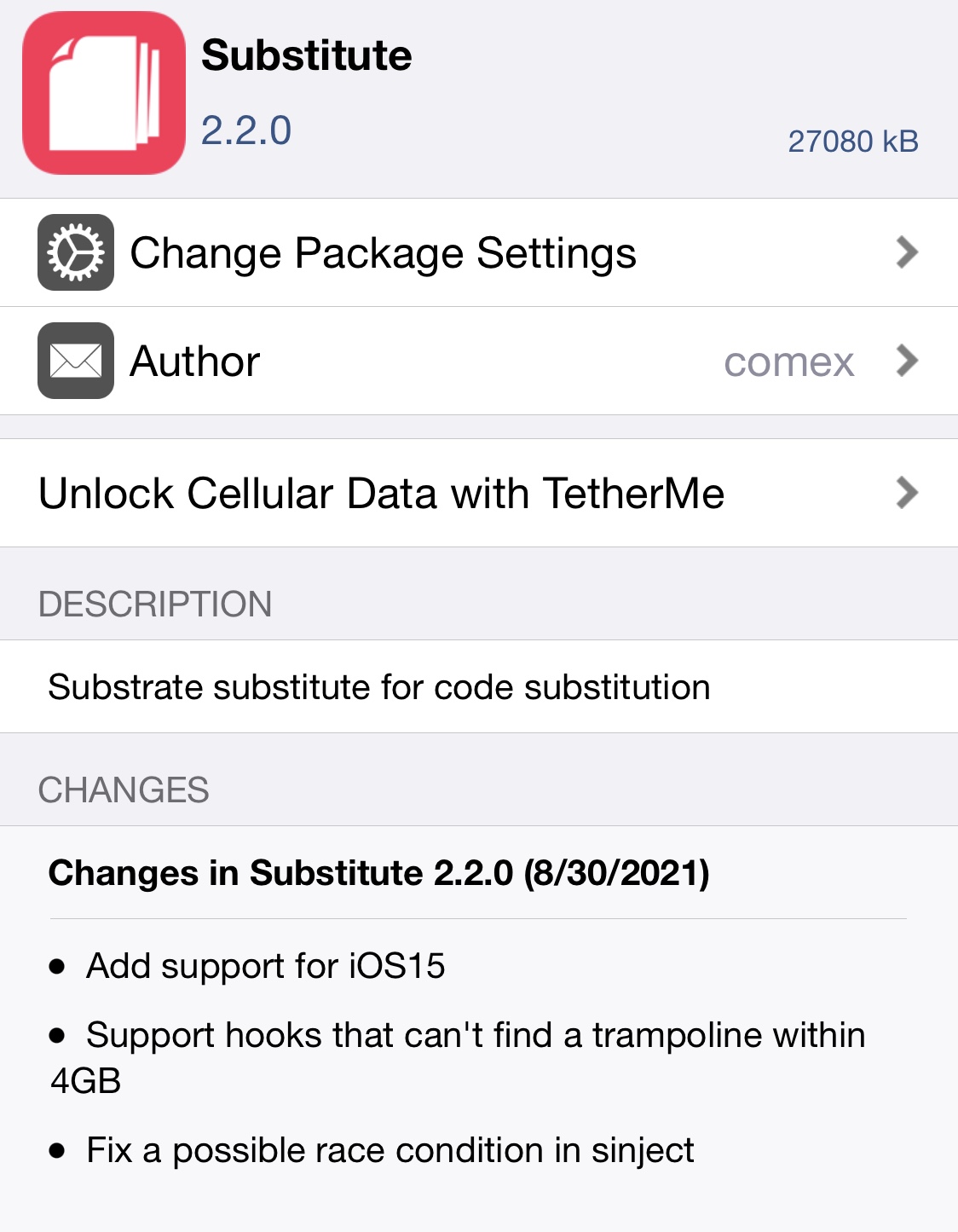 An official jailbreak for iOS or iPadOS 15 doesn’t yet exist given that these firmware aren’t even out of beta testing yet, but adding support for the new mobile operating systems early on means that jailbreakers shouldn’t need to wait long after one drops to install and use compatible jailbreak tweaks.

Other changes in today’s new Substitute update purportedly include supporting hooks that can’t find a trampoline within 4GB and fixing a possible race condition in sinject. These changes will go on to help with long-term reliability, especially on older devices with limited memory resources.

It’s worth noting and equally somewhat interesting that CoolStar just released an update for libhooker Configurator yesterday with support for iOS 12 devices jailbroken via Chimera. It’s somewhat interesting to see these small updates released so closely to one after following weeks or even months of stereo silence.

If you’re already a Substitute user, then you will find today’s update on San Bingner’s repository upon refreshing your sources. Like all software updates impacting important mechanisms of your jailbreak, we recommend updating promptly to ensure you take full advantage of the latest bug fixes and performance improvements.

Have you updated to the latest version of Substitute yet? Be sure to let us know in the comments section down below.