At the start of the year, CoolStar launched a standalone libhooker Configurator app that could be used to fine-tune the native libhooker tweak injection method on the Odyssey and Taurine jailbreaks.

The libhooker Configurator app has received several updates since its initial release, but a new build launched just this weekend in the form of version 1.2 might be especially intriguing – especially for anyone using the Chimera jailbreak.

Taking to the official Sileo / Taurine / Odyssey Discord channel Sunday evening for a formal announcement, CoolStar said that the libhooker Configurator app had been re-written in UIKit and that it would finally support jailbroken iOS 12 devices – namely those taking advantage of the Chimera jailbreak. 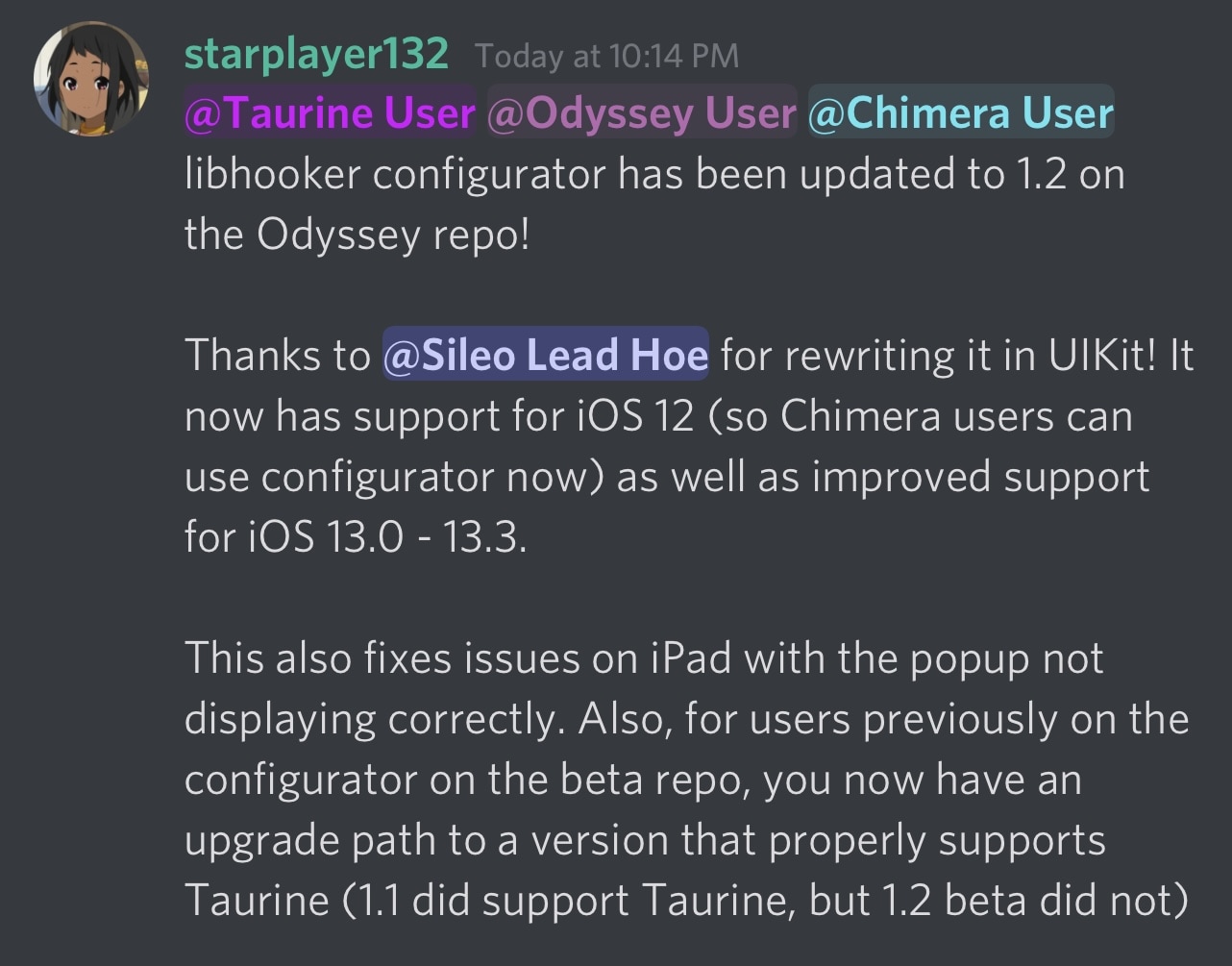 While Chimera users were previously able to use libhooker for tweak injection, this is the first time that they’ll be able to fine-tune libhooker with the dedicated libhooker Configurator app, which allows for functionality adjustments such as toggling individual jailbreak tweaks on or off on demand for apps and daemons, choosing whether tweaks affect webpages, and a whole lot more.

CoolStar also noted that the new version of libhooker Configurator has received improved support for iOS & iPadOS 13 devices pwned via Odyssey. While specific examples of so-called ‘improved support’ weren’t given in the announcement, we can only presume that this translates to enhanced performance and reliability for those users.

Other changes in this update include a fix for pop-ups not displaying properly on iPads and an upgrade path for beta testers to a version that properly supports the Taurine jailbreak for iOS & iPadOS 14 devices.

If you’re already a libhooker Configurator user, then the new update is available from the official Odyssey repository via whichever package manager you might be using. Jailbreakers who aren’t already taking advantage of libhooker Configurator can install it manually if they so please. The only prerequisite would be using libhooker for tweak injection.