In a spark of optimism for the jailbreak community, the Odyssey Team seems to be getting a head start with respect to investing in the future of jaibreaking.

Odyssey Team lead developer CoolStar took to the Sileo / Taurine / Odyssey Discord channel this week to share a photograph of a customized iPod Touch that will be used for jailbreak-related research on iOS 15.

The iPod Touch in question has been laser engraved with the text “Odyssey Team,” as shown: 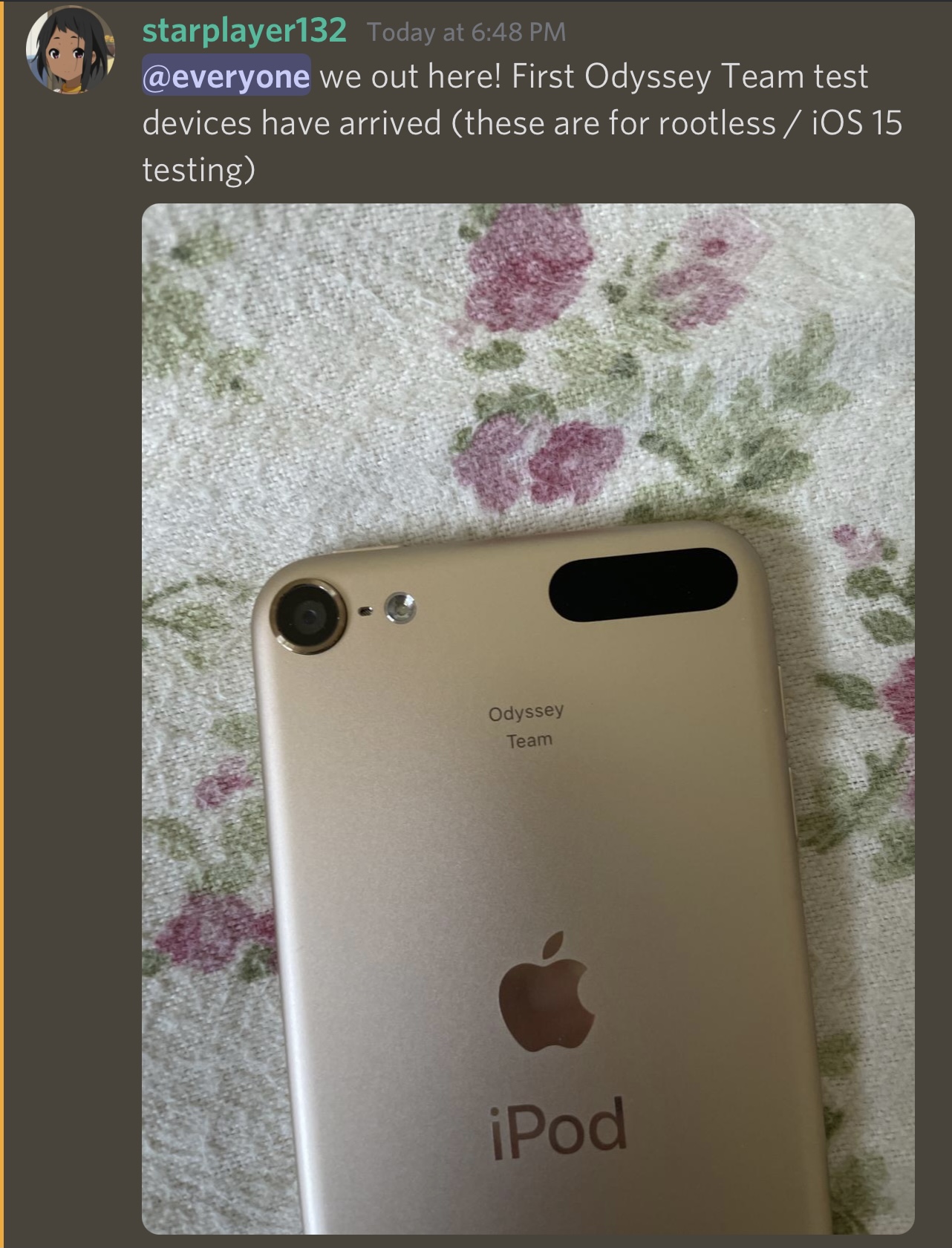 The checkra1n jailbreak can jailbreak iOS & iPadOS 14.4-14.7.1, but only on a limited subset of devices equipped with Apple’s A7-A11 chips due to the hardware-based checkm8 bootrom exploit it uses.

It’s a fairly regular practice for jailbreak teams to stock up on test devices ahead of an anticipated major software update. Having the means to test potential exploits and develop jailbreaks on many versions of iOS is a helpful advantage.

Apple is expected to launch iOS & iPadOS 15 this month, and the Odyssey Team getting ahead of the curve can only be considered a positive thing. While the investment into a test device doesn’t signal a guarantee for an iOS 15 jailbreak, it is reassurance that someone will be trying to work on one.

Are you excited that the Odyssey Team appears to be ramping up for iOS & iPadOS 15? Discuss in the comments section down below.