As the United States National Park Service turns 105 years old, Apple has determined now is the right time to celebrate. The company today has announced a new initiative that will see many of its services promoting the national parks throughout the United States. And that includes the Apple Pay collaboration that we reported on earlier this week.

In a press release issued today, Apple has outlined how it will be celebrating the U.S. National Park Service’s 105th birthday. That starts with the Apple Pay promotion that we reported on this week. Starting this week, and running until August 29, 2021, Apple will donate $10 for every eligible purchase made with Apple Pay via the company’s online storefront, in a physical Apple Store in the United States, or within the Apple Store app. That $10 donation will be given to the National Park Foundation.

Beyond that, Apple will be highlighting the national parks throughout the U.S. via services like Apple Maps, within the App Store, in Apple Books, the Apple TV app, in Apple Music, and in Apple Podcasts. There is also going to be an Apple Watch Activity Challenge that launches later this month, all in an effort to help promote the national parks, the National Park Foundation, and the U.S. National Park Service. 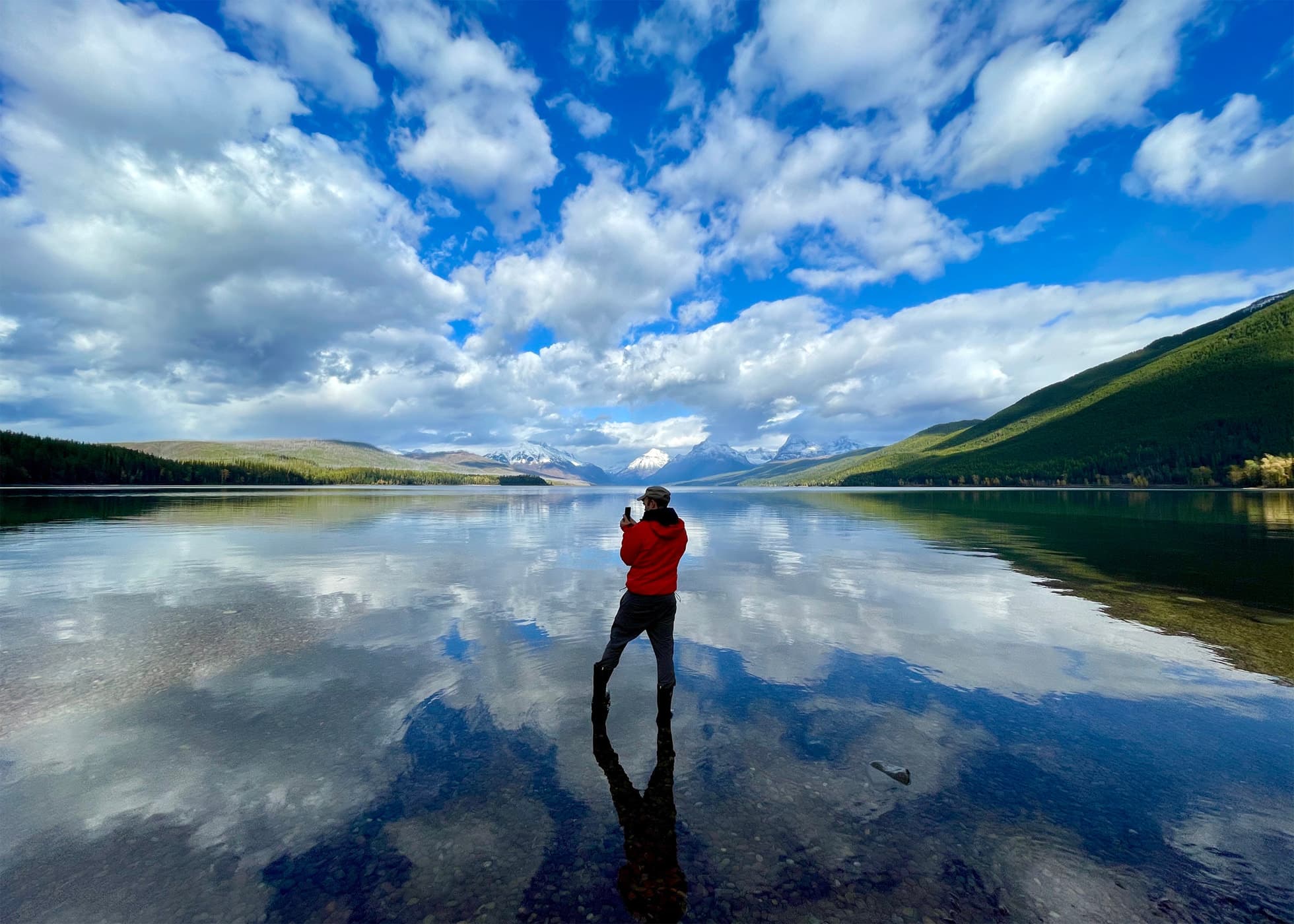 Tim Cook, Apple’s CEO, had this to say on the matter:

With every passing year, our national parks only become more precious. We’re honored to play a small role in helping even more people explore the parks, learn about their history, and renew their love and appreciation for the planet we share.

And the National Park Foundation’s CEO and president, Will Shafroth, added:

National parks are landscapes of wonder and learning. Thanks to Apple’s ongoing partnership and commitment to connect young people to America’s diverse natural and cultural heritage, we are helping the National Park Service excite and engage students with educational opportunities across the country.

And here’s how the rest of Apple’s promotion and celebration pans out: 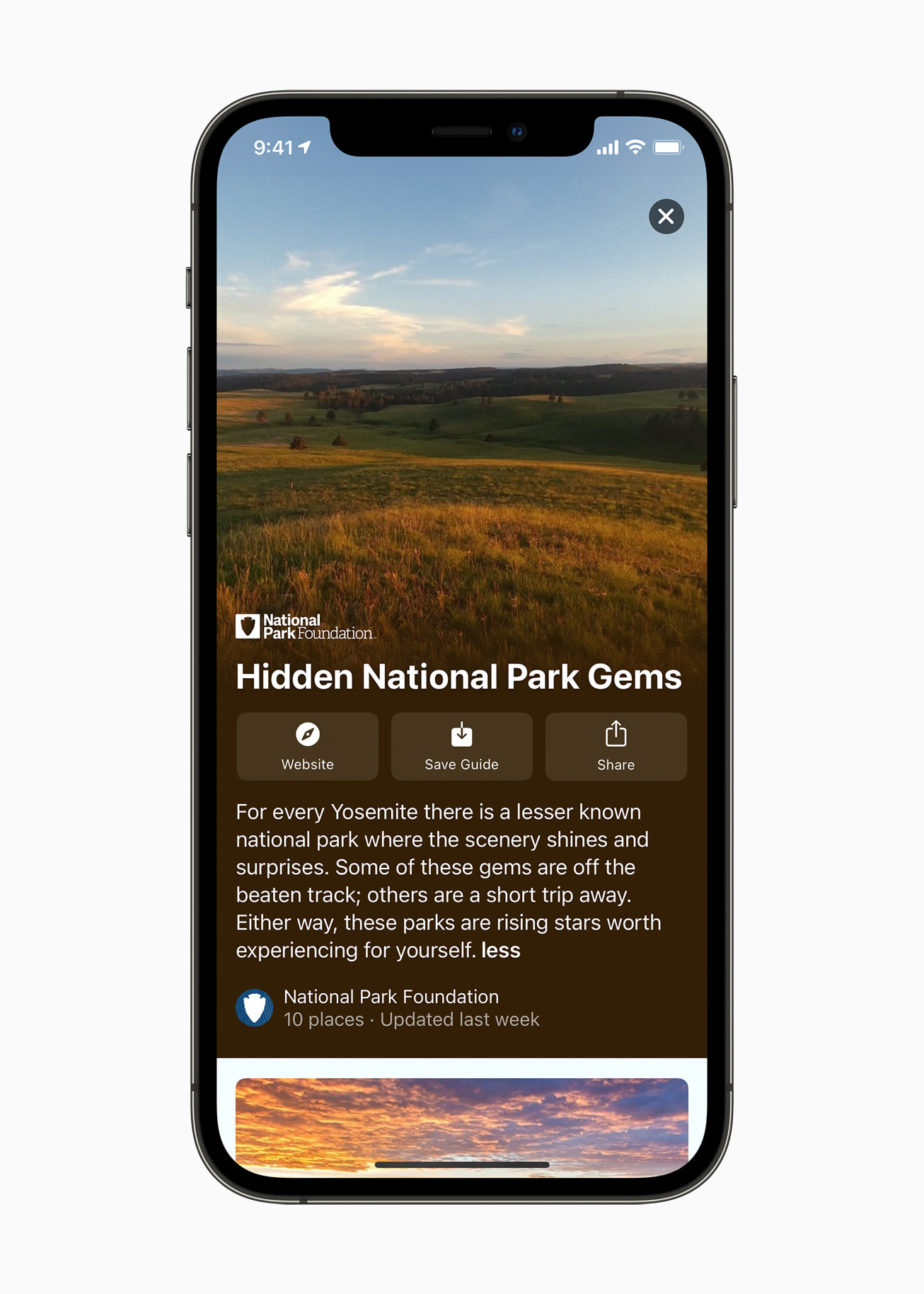 Apple Maps will promote a total of 24 curated guides within its app, all in an effort to help people discover the national parks near them (or the ones they might be traveling to). Within these guides will be more than 400 sites that the National Park Foundation protects, which includes “hidden gems” and “urban escapes.” The company also says, “Apple users can also save national parks to My Guides, create personal Guides, and share them with friends and family while planning a trip.”

The digital storefront will be highlighting the National Park Service‘s official app. This is a free app, and it’s available now. The company is also promoting apps that help people get outside, like AllTrails, Outdoorsy, and others.

Apple will be celebrating the history and beauty of the National Parks through the Apple TV app. Users will be able to see all of this through the Watch Now section. It will be promoting shows like The National Parks: America’s Best Idea from Ken Burns, and documentaries like Free Solo. Meanwhile, in Apple Podcasts, there will be shows that promote getting outdoors and exploring. From the rest of the announcement:

On Apple Books, customers will find a collection of books for adults and kids that will inspire families to get out and explore our national parks. And with the ‘Nature Awaits’ playlist on Apple Music, listeners can hit play, lean back, and let their imagination wander, even if they’re unable to head outdoors.

And then, finally, the dedicated Apple Watch Activity Challenge. This starts on August 28, 2021:

On August 28, Apple Watch users around the world are encouraged to appreciate the natural beauty of national parks by participating in an Activity Challenge. Apple Watch users can earn the limited edition award and animated stickers for Messages by completing a hike, walk, run, or wheelchair workout of a mile or more on this day.

So, quite a bit to help celebrate the national parks in the United States!