Yesterday, Apple unveiled new child safety features that are going to be baked into iOS 15, iPadOS 15, macOS 12 Monterey, and watchOS 8. The goal is to help protect minors from being abused, seeing explicit material, and more. However, to reach that goal, the company has to implement some intrusive features.

At least, that’s what some people have said they consider the new features. That especially relates to Apple now scanning user iCloud Photo libraries. In that case, Apple is specifically scanning for specific hashes that are known to tie directly to child sexual abuse material (CSAM).

Today, 9to5Mac was able to get its hands on a memo distributed by Sebastien Marineau-Mes, a software VP at Apple. The memo says that there are some “misunderstandings” regarding the new iCloud Photo scanning feature, and that Apple plans on going into even more detail in the near future. 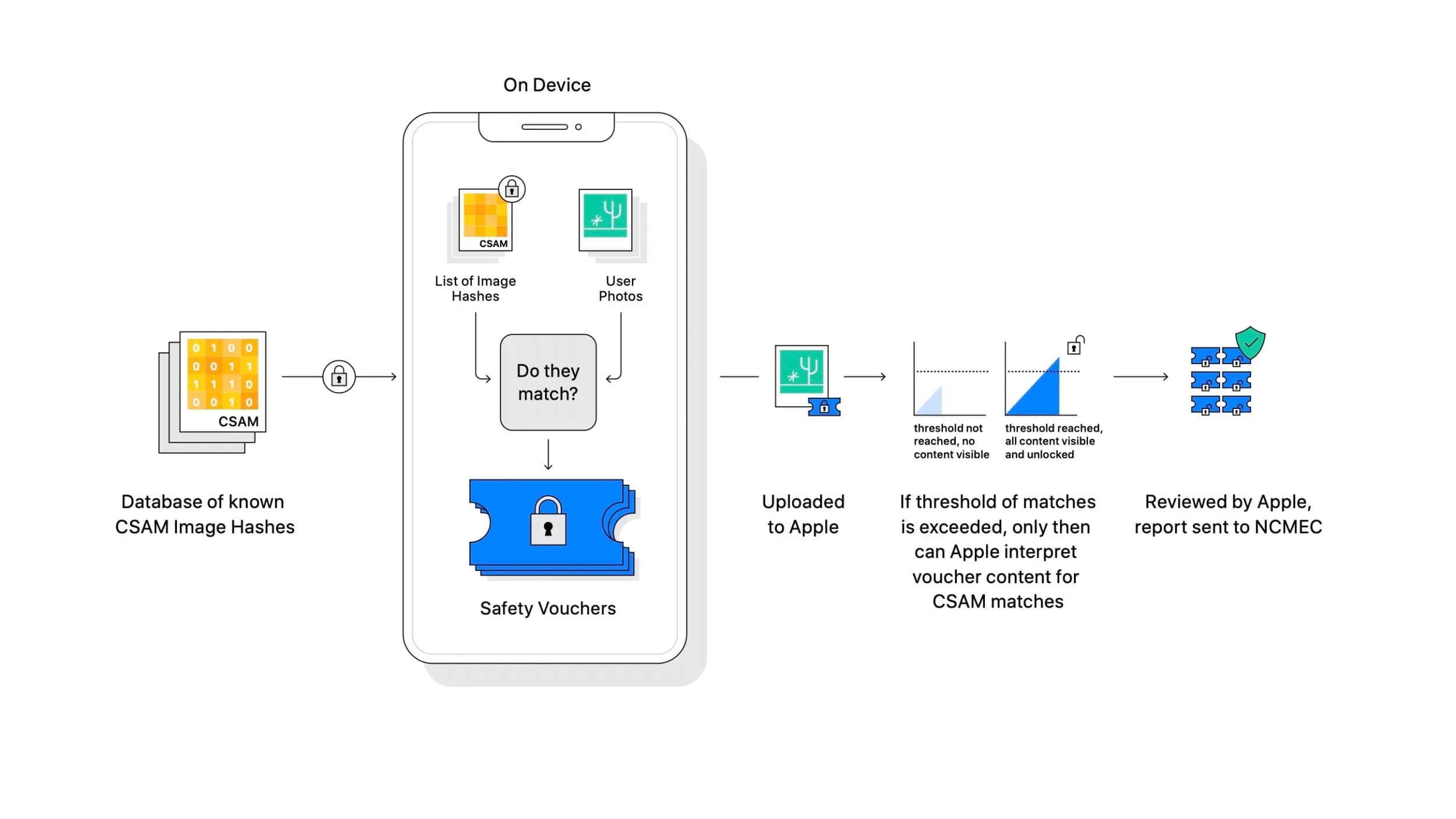 With the Expanded Protections for Children, Apple is implanting new elements into its major platforms. This will include warnings for sending and receiving potentially explicit photos in Messages, the photo scanning, and more knowledge for search and Siri. However, it’s the photo scanning that has many people up-in-arms.

Not necessarily about the feature itself, but what comes next. Or what may come next. The implications for such a feature, and how it could be implemented down the road, is what is causing a lot of the concern. Not that Apple scanning iCloud Photo libraries isn’t potentially concerning in its own right.

Marineau-Mes says that there have also been plenty of “positive responses” regarding the new features. The software VP also says the company knows “more than a few are worried about the implications,” but says that the features are necessary to help protect children.

Here’s the memo in full:

Today marks the official public unveiling of Expanded Protections for Children, and I wanted to take a moment to thank each and every one of you for all of your hard work over the last few years. We would not have reached this milestone without your tireless dedication and resiliency.

Keeping children safe is such an important mission. In true Apple fashion, pursuing this goal has required deep cross-functional commitment, spanning Engineering, GA, HI, Legal, Product Marketing and PR. What we announced today is the product of this incredible collaboration, one that delivers tools to protect children, but also maintain Apple’s deep commitment to user privacy.

We’ve seen many positive responses today. We know some people have misunderstandings, and more than a few are worried about the implications, but we will continue to explain and detail the features so people understand what we’ve built. And while a lot of hard work lays ahead to deliver the features in the next few months, I wanted to share this note that we received today from NCMEC. I found it incredibly motivating, and hope that you will as well.

I am proud to work at Apple with such an amazing team. Thank you!

Apple is working with the National Center for Missing and Exploited Children (NCMEC), where any discovered instances of child exploitation will be sent to. The NCMEC is a comprehensive reporting center for this type of material. As a result, the internal memo sent out by the software VP at Apple also included a letter from NCMEC’s Executive Director of Strategic Partnerships Marita Rodriguez. Here’s that letter:

I wanted to share a note of encouragement to say that everyone at NCMEC is SO PROUD of each of you and the incredible decisions you have made in the name of prioritizing child protection.

It’s been invigorating for our entire team to see (and play a small role in) what you unveiled today.

I know it’s been a long day and that many of you probably haven’t slept in 24 hours. We know that the days to come will be filled with the screeching voices of the minority.

Our voices will be louder.

Our commitment to lift up kids who have lived through the most unimaginable abuse and victimizations will be stronger.

During these long days and sleepless nights, I hope you take solace in knowing that because of you many thousands of sexually exploited victimized children will be rescued, and will get a chance at healing and the childhood they deserve.

Thank you for finding a path forward for child protection while preserving privacy.