The new FaceTime portrait video feature in iOS 15 isn’t actually exclusive to FaceTime—it can also be used to create a blur in video calls conducted via other apps, like Zoom and Snapchat.

Here's what you'll learn in this tutorial hide
1) iOS 15’s video and mic effects, in any app
2) How to use iOS 15 video and microphone effects in apps
3) Does iOS 15 run these effects in real-time?
4) System requirements: iOS 15 audio and video effects

iOS 15’s video and mic effects, in any app

Apple with the iOS 15 and iPadOS 15 updates brought Portrait mode video to FaceTime on iPhone and iPad, creating attractive background blur in your video chats, in real-time. When Apple was unveiled iOS 15, it wasn’t immediately clear whether background blurring in video calls and changing microphone recording effects might be restricted to FaceTime.

→ How to blur your background in FaceTime video calls

iOS 15’s FaceTime has its own built-in controls for Portrait video. But as it turns out, any app that accesses the microphone or the camera can use iOS 15’s audio and video effects. As a matter of fact, controls for video and audio effects are automatically exposed in Control Center as soon as you start a video call in Zoom, Snapchat, Instagram and similar apps. 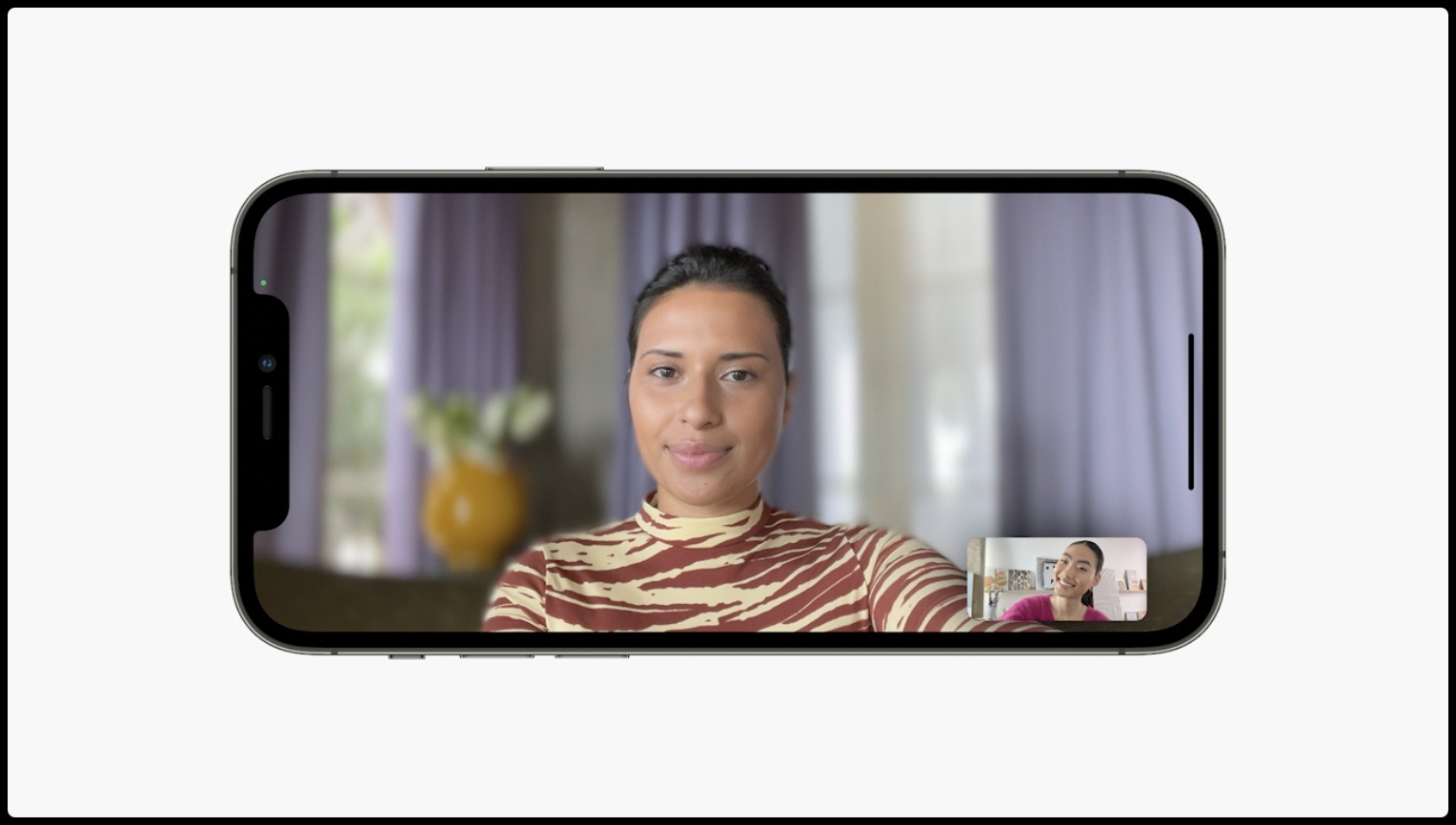 While most apps get these features “for free”, some will need to be updated to implement iOS 15’s new video and microphone effects. Other apps may choose to completely block access to these features.

How to use iOS 15 video and microphone effects in apps

Simply start recording a video in a third-party app such as Zoom, Instagram or Snapchat, then pull down the Control Center overlay and use two dedicated tiles to choose your preferred video and microphone effect on the fly.

You can only choose Portrait Mode as your video effect. 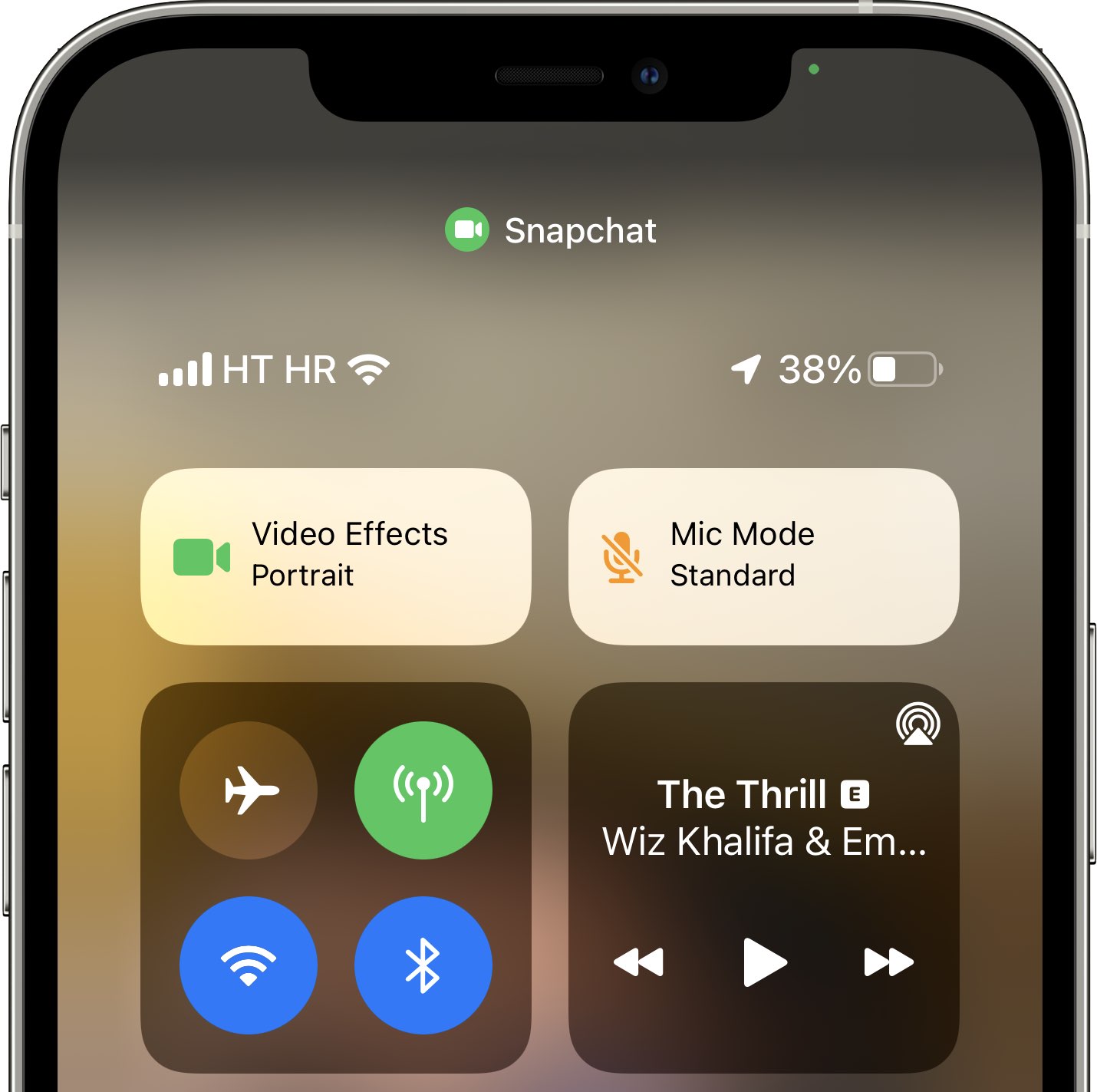 But this being a modular feature gives us reasons to believe that future software updates may bring additional system-wide effects and microphone recording modes. Aside from the new Voice Isolation and Wide Spectrum recording modes, there’s nothing else you could pick under “Mic Mode”—at least until Apple adds more microphone effects over time.

Does iOS 15 run these effects in real-time?

Yes, these are real-time effects.

The Portrait mode video effect works just as you’d expect, by blurring out everything in the background to put the focus on your face and body. This is very similar to taking Portrait photos in Apple’s preinstalled Camera app on your iPhone.

As for the AI-powered Voice Isolation and Wide Spectrum microphone effects, the former attempts to block as much environmental noise as possible to focus on your voice while the latter incorporates ambient sounds for those times when you’d like the other party to hear everything that’s happening in your surroundings.

These video and audio effects are being applied to the camera and microphone data in real-time. Processing audio and video streams can be very taxing on resources so you may need a fairly new iPhone or iPad model to enjoy this cool new feature in iOS and iPadOS 15.

Aside from iOS 15, you will also need a compatible iPhone model that meets the minimum system requirements for video and microphone effects. Apple has designed this feature for a specific chipset, not a device. To use audio and video effects, you’ll need an iPhone or iPad model powered by the Apple A12 Bionic chip.

If your iPhone or iPad model is older than those devices, then you, unfortunately, won’t be able to try out Apple’s new system-wide video and microphone effects on iOS 15 and iPadOS 15.