Apple Music saw plenty of new features added to it in the last month. If you’re a an Apple Music subscriber, you can now listen to music that supports Spatial Audio with Dolby Atmos, and Lossless Audio. Apple has promised that almost all of its music collection will eventually be available in Lossless format. The support for this new codec will enable audio tracks to sound exactly like how they were created in the studio.

In this article, you’ll learn how to listen to Apple Music Lossless Audio on your iPhone, iPad, Mac, and even Apple TV 4K.

Also see: How to listen to Dolby Atmos music on Apple devices

What is Lossless Audio?

Lossless Audio is a codec that preserves every single detail of the original audio file. With this codec, you will be able to ‘hear the exact same thing that the artists created in the studio’. The new codec is called Apple Lossless Audio Code, or ALAC. The codec will support up to studio quality 24 bit at 192 kHz. It can also play audio at CD quality, which is 16 bit at 44.1 kHz. Apple will be making this codec available for the entire audio collection on Apple Music.

The ALAC format can only be enjoyed on select Apple hardware. As of now, the codec is compatible with the iPhone, iPad, Mac, and Apple TV. You can listen to lossless audio using a wired headphone or the in-built speakers. Apple’s own range of Bluetooth headphones don’t support Lossless Audio as they cannot transmit the high amount of data over Bluetooth. However, the HomePod and HomePod Mini will support lossless audio. Apple will also bring lossless audio support to the Apple Music Android app.

Listen to Apple Music Lossless Audio on iPhone or iPad 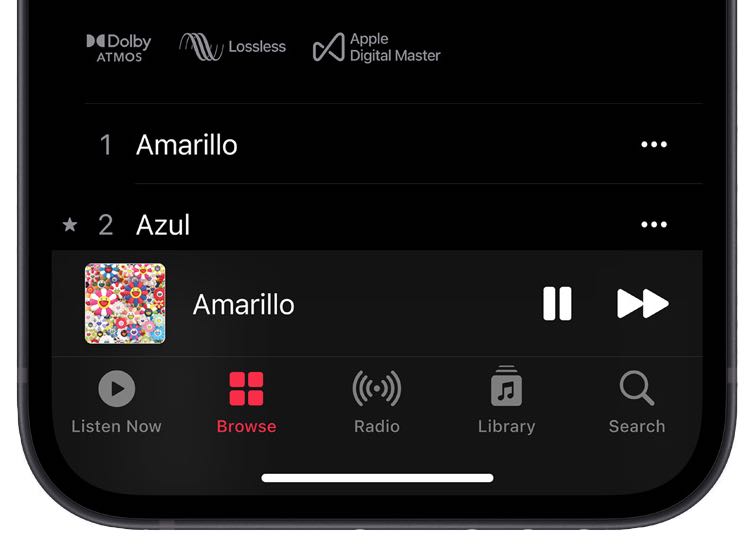 Now, enabling Apple Music Lossless Audio on your iPhone or iPad is simple. Make sure your device is running iOS /iPadOS 14.6 or later and follow the steps below.

2) Scroll down and tap on Music.

Remember, the ALAC audio format will only be playable on the in-built speakers, a connected wired headphone or external speaker, or by using an external DAC receiver. Some users cannot see the Audio quality option on their iPhone, and that’s probably because it’s not available in your region yet.

How to listen to Lossless Audio on Mac

On your Mac, you can listen to Lossless Audio with Apple Music, but only through a wired headphone, in-built speakers, or a set of powered speakers. Also, your Mac will need to be running on macOS Big Sur 11.4 or later. Here’s how to enable the feature.

1) Open the Apple Music app on your Mac.

2) Click on Music in the Menu Bar and open Preferences.

3) Select the Playback tab and enable Lossless under Audio Quality.

4) Choose between Lossless or Hi-Res depending on what equipment you’re using to listen to audio.

You can also enjoy Lossless Audio on your Apple TV 4K, but only when it’s connected to an external receiver. The Apple TV 4K will need to be running on tvOS 14.6 or later, and it doesn’t support Hi-Res Lossless yet. Here’s how you turn on Lossless Audio.

Audiophiles will love listening to Lossless Audio on their iPhones, iPads, Macs, and Apple TV. The feature allows listeners to enjoy music as it was intended to be heard. By the end of this year, Lossless Audio should be available for all music on Apple Music, and across all serviceable parts of the world.