Apple announced the latest iOS 15 software for iPhone at the WWDC 2021 event on June 7. The first developer beta of iOS 15 is now available for download. Registered developers can download the beta and install it on a supported iPhone. iOS 15 brings several new features to the iPhone with improvements to Maps, Safari, FaceTime, Messages, Notifications, Siri, and more.

In this post, we will show you how to install the iOS 15 developer beta on your iPhone.

Things to note before installing the beta

The iOS 15 developer beta is intended for registered Apple developers only. We recommend that you avoid installing it on your daily device. An iOS 15 public beta will be available next month, which you can try on your iPhone. If you still plan on trying the developer beta, then install it on a spare device. The beta may contain bugs, and is therefore not suitable for daily use.

It’s also best to take a backup of your device before installing the developer beta incase something goes wrong.

Is my iPhone supported?

If your iPhone is in the list below, then you can download and install iOS 15 developer beta.

How to install iOS 15 developer beta

Installing the iOS 15 developer beta is a simple process if you’re a registered Apple developer. You will first need to download the iOS 15 beta profile on your device. Make sure you iPhone has enough battery, and follow the steps below.

1) Head over to developer.apple.com from the Safari browser on your iPhone.

2) Sign in with your Apple credentials and select the Downloads tab. 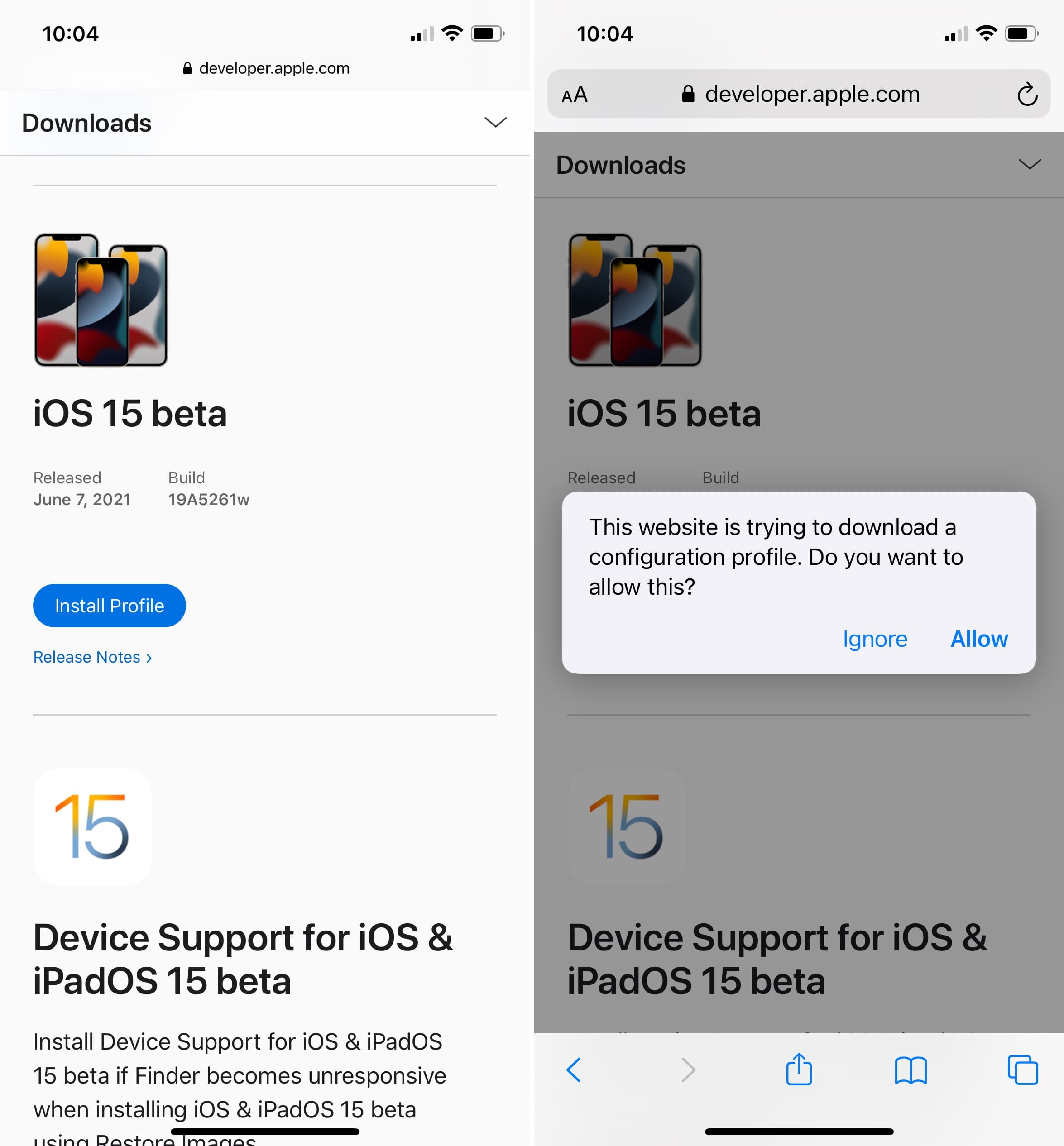 4) Tap Allow on the pop-up that appears, and then select Close. The profile will now be downloaded to your iPhone.

5) Now launch the Settings app, and you should see a new Profile Downloaded option. 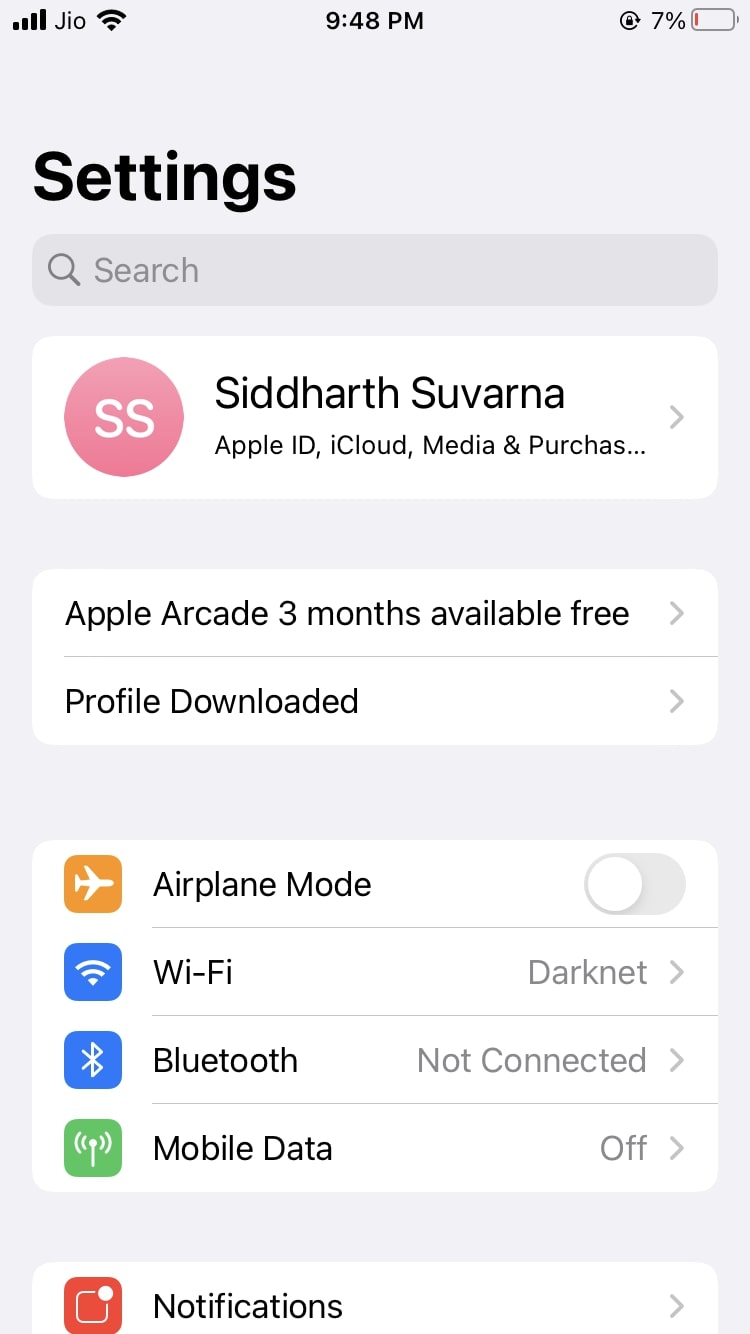 6) Tap on the Install button on the top right corner, and enter your passcode when asked. 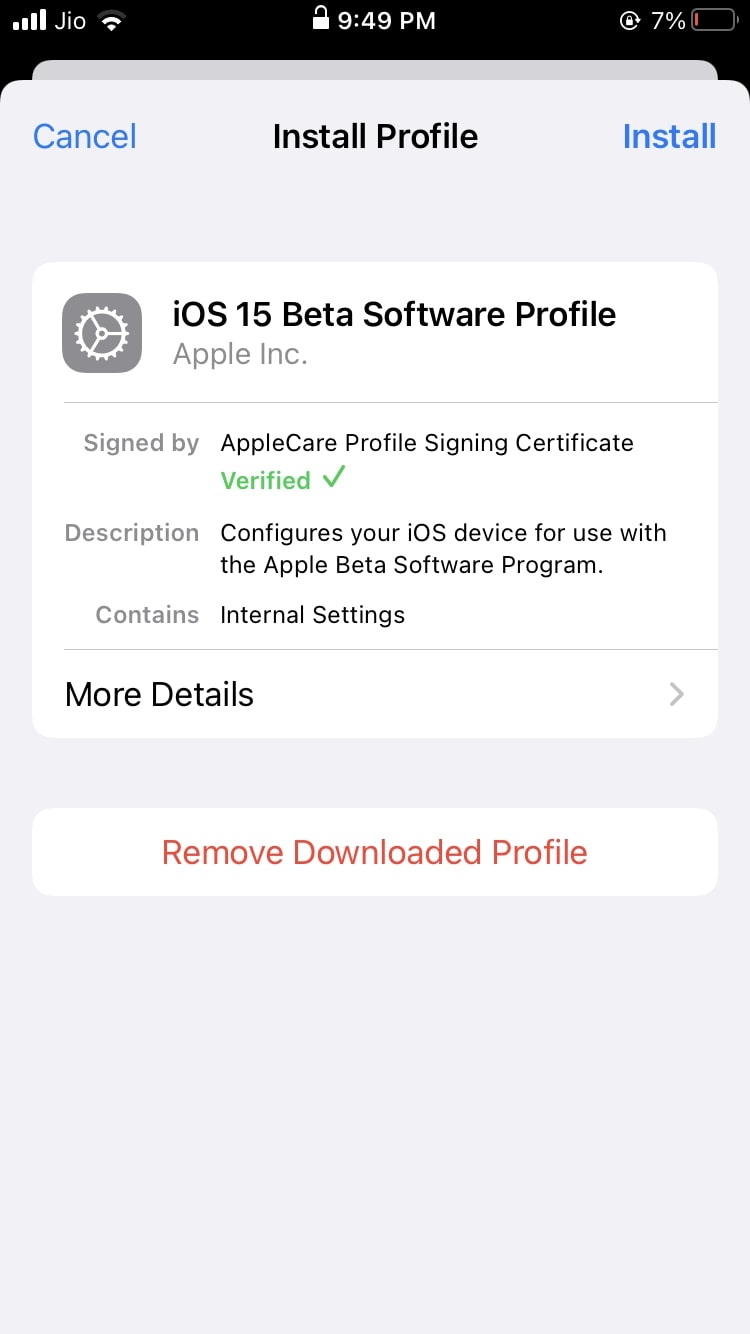 7) You’ll need to select the Install button twice again while agreeing to the Consent forms.

The iOS 15 beta profile should now be installed on your iPhone, and you’ll be able to download the iOS 15 developer beta. Here’s how to do that.

1) Open the Settings app, and navigate to General.

2) Next, tap on Software Update. You should see the iOS 15 beta available for download.

The download should begin, and will take some time to complete. Once finished, tap on the Install Now button to start the installation of iOS 15 developer beta. Your iPhone will restart a couple of times, and you’ll need to enter your passcode once the installation is complete.

Now that you’ve learnt how to install the iOS 15 developer beta on your iPhone, you can start testing out the new features. As mentioned in the beginning, there are several new improvements and changes with iOS 15. Since this is the first beta, not all features will work as intended. Apple will be launching the first public beta next month, and the final iOS 15 GM should be out in the fall.