Flipping a photo is sometimes an easy way to make a photo look better. For example, if you’ve taken a photo where the subject is looking left, it might look better if the photo is flipped. These things are usually only noticed by photographers, but there’s an easy way to do this on your iPhone. The same also applies for selfies, and you may want to check out our guide on how to capture mirrored selfies on iPhone.

Apart from selfies, you can also flip normal photos to make them better or more interesting. Here’s a quick and easy tutorial on how to flip a photo on iPhone using the built-in Photos app.

How to flip a photo in the Photos app

Starting with iOS 13, Apple incorporated an easy tool in the built-in Photos app that allows you to easily mirror a photo. Follow the steps below to flip a photo in iOS.

1) Open the Photos app on your iPhone or iPad.

2) Tap on a photo that you would like to flip and select the Edit button on the top right corner.

3) In the Edit mode, tap the Crop option that’s located at the bottom. 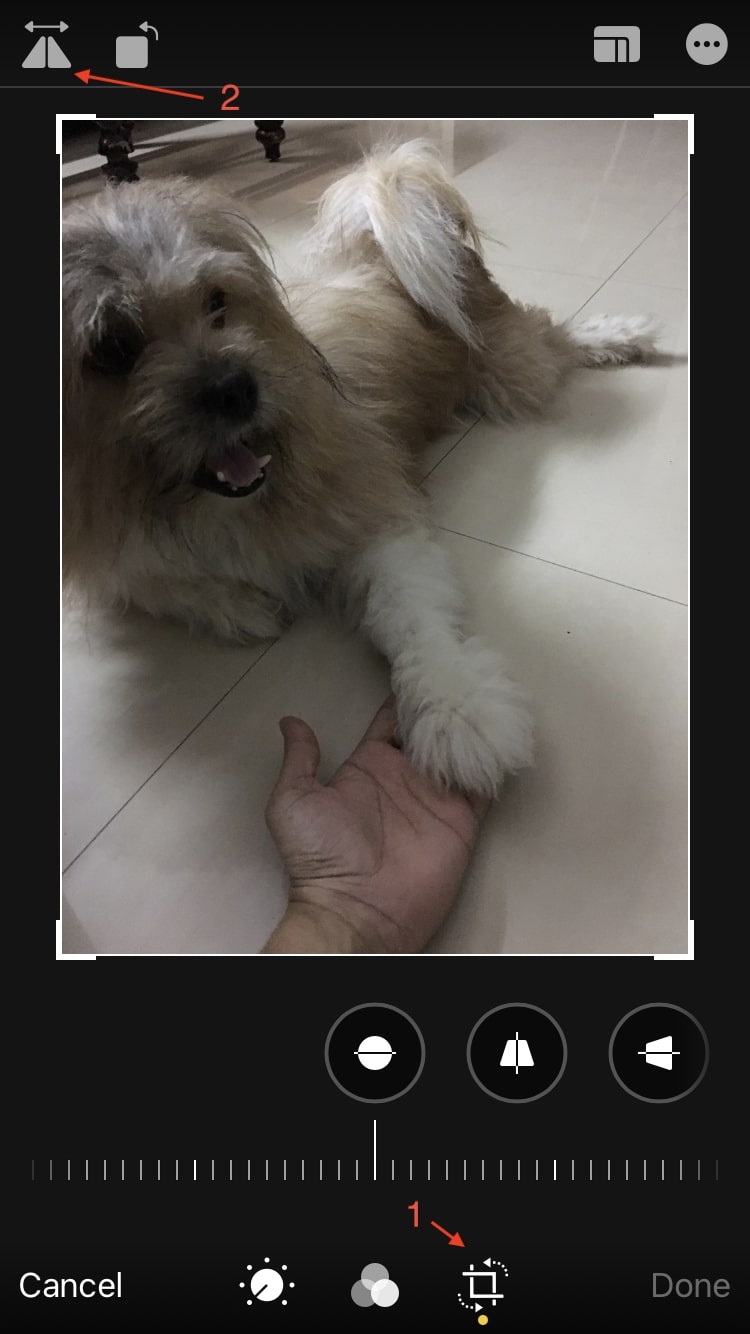 4) Now, tap on the Mirror button on the top left corner that’s represented by two right-angled triangles and an arrow with pointers on both ends.

5) If you like what you see, then you can tap on the Done button at the bottom right corner to save the photo. 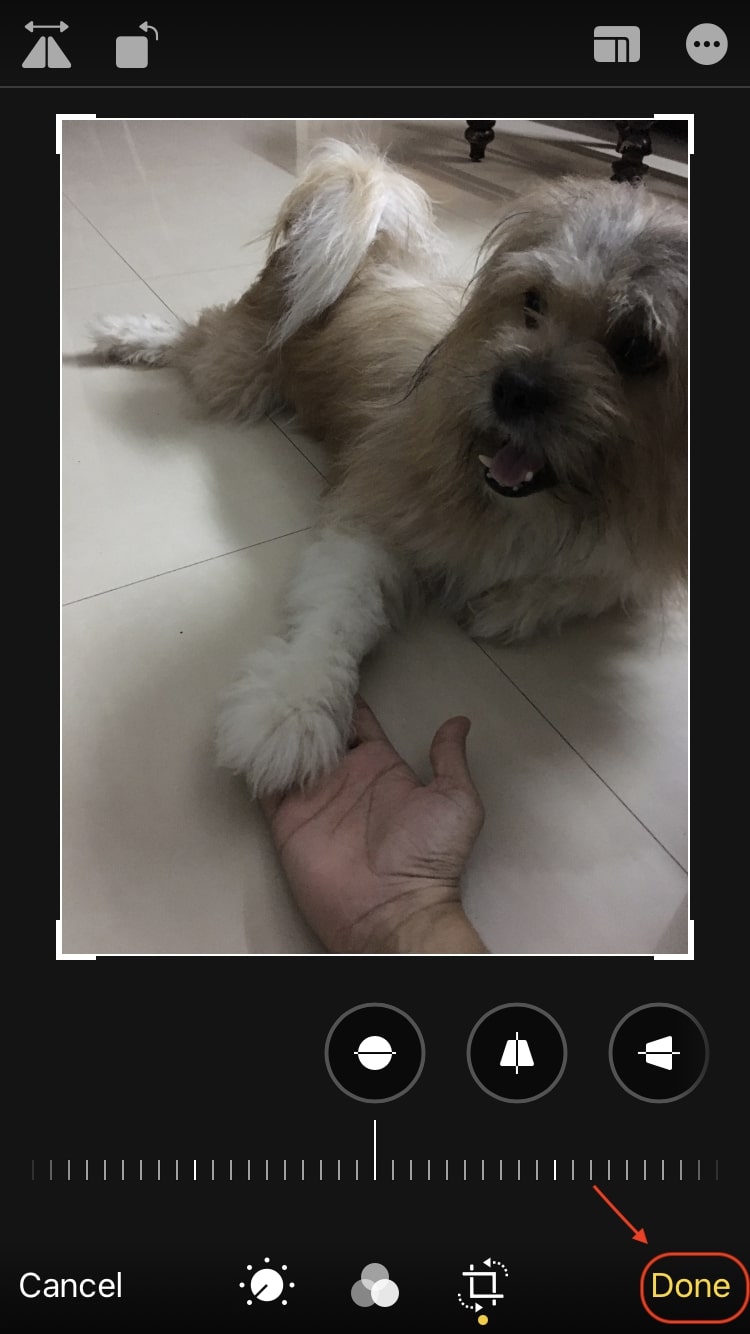 That’s it. Your photo has now been mirrored using the built-in Photos app. If you want to undo the flip, then tap on Edit, and then select the Revert button located on the bottom right corner. Select Revert to Original option and your image will be restored to the original.

A professional photographer may want to mirror photos as it can make the resultant image look better than the original. If you use your iPhone or iPad to take photos, then this trick will be useful for you. There are other ways to flip a photo as well, such as using a third-party app, and this might serve a better and only option for devices running on iOS 12. If you’ve got an iPhone or iPad with iOS 13 or later installed, then you can use this simple method to mirror a photo in the Photos app.