Fans of iPhone photography have long complained about the Camera app saving unmirrored selfies. It’s confusing because the viewfinder displays a mirrored image. Let’s tell you more about it and how to take mirrored iPhone selfies. These selfies won’t appear flipped when you view them later in the Photos app.

Why are your selfies flipped?

You may be wondering why the iPhone viewfinder shows a mirrored image. The simple answer is that before selfies came along, we were all used to seeing ourselves mirrored in mirrors and other surfaces that produce reflections with left and right reversed. The viewfinder in the Camera app simply displays what we’re accustomed to seeing.

But the saved images taken with the front camera are returned to their original, unflipped composition in the Photos app. As a result, you get precisely what the camera saw at the moment you took the photo rather than what you saw through the viewfinder, which isn’t ideal.

All this, in theory, is nice, but in practice, it can be annoying because the final image isn’t exactly like how you saw yourself in the camera viewfinder. Therefore, the pout you made, the angle you tilted your head to, or the hair you adjusted while looking at the mirrored camera viewfinder may appear different (and less appealing) in the final saved selfie.

Thankfully, you can stop this flipping in a few taps. After that, what you see in the camera viewfinder and what’s saved to the iPhone’s Photos app will be the same.

Note: Photos taken with the rear camera are always shown unmirrored in the viewfinder and saved to the Photos app as unmirrored.

How to take mirrored selfies on iPhone and iPad

Follow these steps to save selfies that look the same as what you saw while taking it: 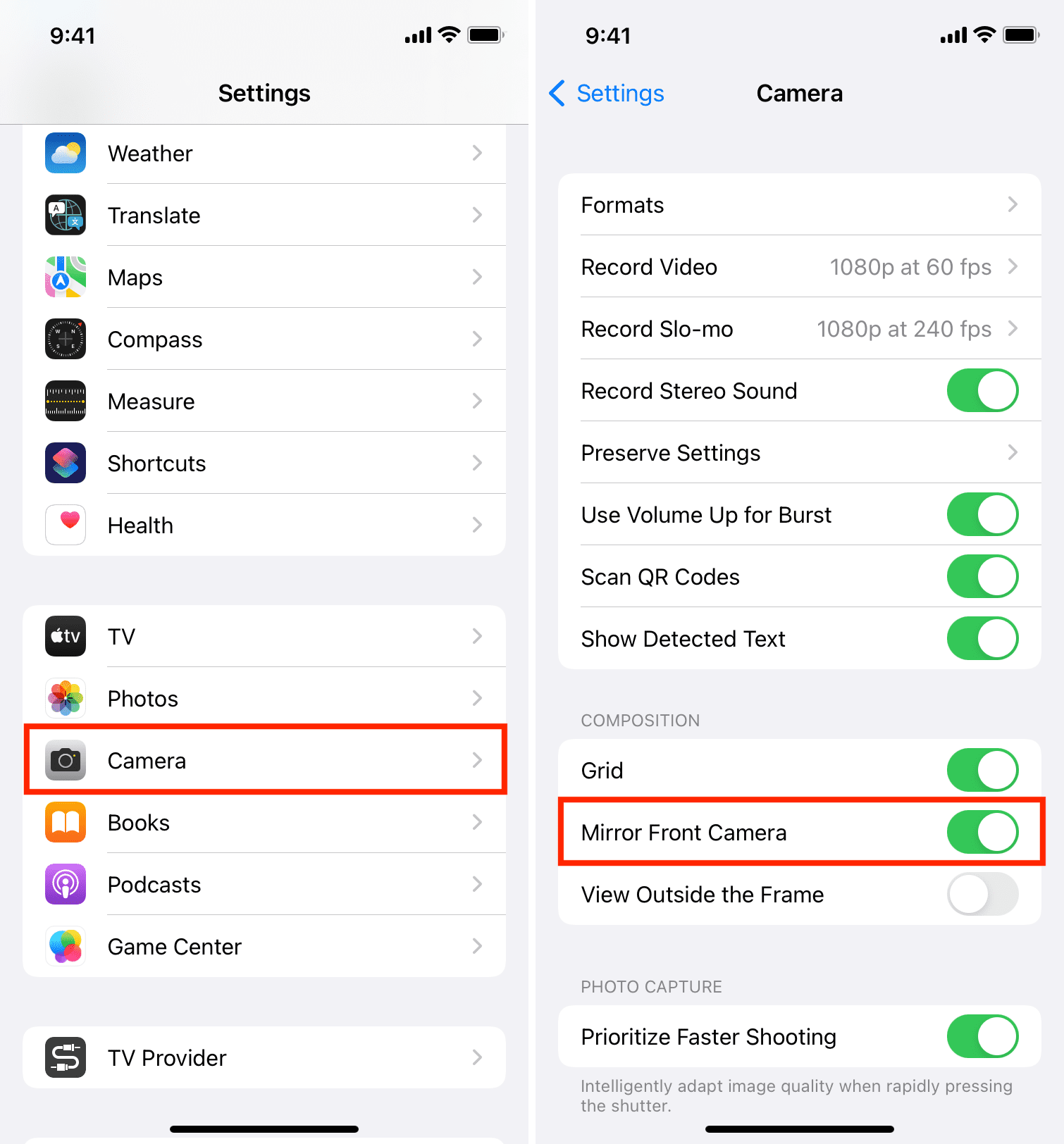 From now on, the Camera app will save mirrored selfies. In other words, a photo you take of yourself using the front-facing camera will now match what you saw through the viewfinder when you took that selfie rather than being saved un-flipped.

How to manually flip selfies on iPhone and iPad

As mentioned, after following the above steps, the selfies you take will be mirrored and appear just like what you saw in the camera viewfinder while shooting. But what about the old selfies you already took before reading this iDB tutorial?

Thankfully, flipping or mirroring a photo or selfie takes just a few taps, and you don’t need to download any third-party app. The mirror button in the built-in Photos app lets you do that.