Back in April, Apple unveiled the new iMac lineup and welcomed a family of bright colors to the mix. It didn’t take long before the rumor mill turned its attention on a possible future where Apple brings those colors to its MacBook Air, too. And now a new rumor has cropped up, signaling even more changes.

According to serial leaker Jon Prosser, who posted a YouTube video today to his FrontPageTech (FPT) channel, Apple’s definitely going to welcome new colors to the MacBook Air lineup. But the company is not stopping there. Prosser says he recently came into possession of images of the redesigned MacBook laptop. He hints on Twitter that the device is a new MacBook Air, but it’s possible that Apple may re-launch the MacBook, too.

Either way, Apple could be making some . . . interesting decisions with the new Mac laptop. 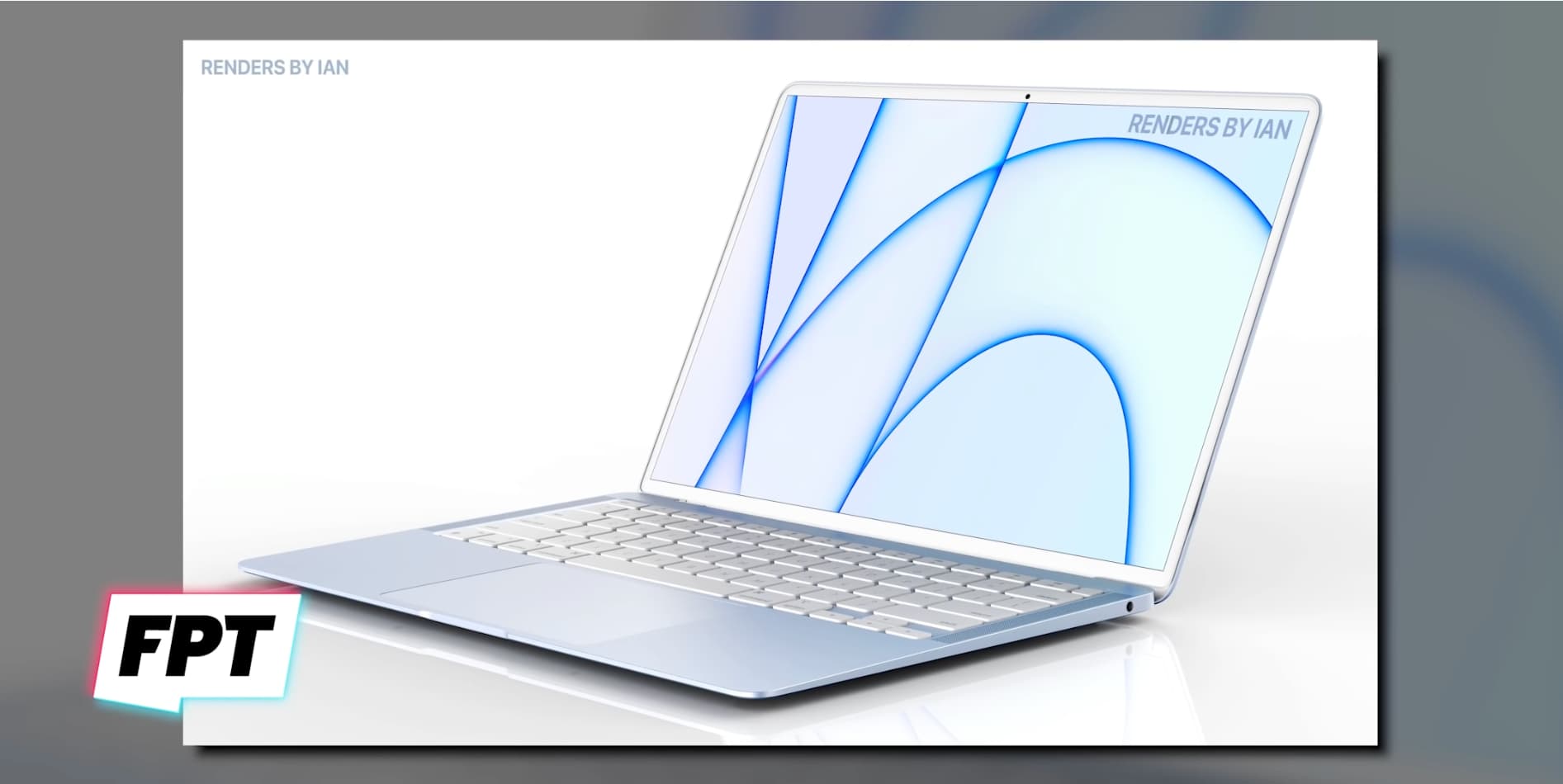 Prosser didn’t share the images he obtained directly, instead opting to create some renders of what he was shown. The renders were created in partnership with RendersBylan. In these renders we can see a new MacBook/Air that features flat edges, similar to what we see in the iPad Pro or the newest generation iPad Air. No more tapered edge, which could be a sign for a big change to the MacBook Air, or, a new MacBook model entirely.

However, there is a general lack of ports, which suggests this is not the new MacBook Pro. That device is speculated to be adding a MagSafe charging option, a microSD card slot, and an HDMI port, too.

As for the new device, Apple’s design change doesn’t stop with the flat edges. According to Prosser, the new MacBook/Air is going to also drop the black bezels around the display and instead, for some reason, go with white bezels instead. Apple did the same thing with the new iMac, which does play better with the bright colors. Still, there was pushback about the white bezels after the iMac was announced, one can imagine Apple will see the same feedback about a change like that for a MacBook.

Prosser does say that he doesn’t know how big the bezels will be on the new MacBook Air. So while they might be white, they may be significantly smaller than what’s present. The render is not a final design cue.

The keyboard will be changed, too, with Apple reportedly opting for a white design. As for the colors, Prosser says the new Mac laptop’s colors will be varied, but they will match the colors on the new iMac’s stand, and not the back of the desktop computer. So, a little lighter — not so deep.

So, that’s quite a bit! Apple may be ready to finally bring some major changes to the MacBook Air lineup, and welcome in some interesting color notes, too. Prosser also notes the new laptop will feature Apple’s M2 processor under the hood, the upgraded M1 chip.

What do you think? If these design changes go into a final product, will you be picking one up?