If you were following along us this morning, then you would’ve witnessed the Odyssey Team release an update for the iOS & iPadOS 13.0-13.7-based Odyssey jailbreak tool. That update, dubbed version 1.3.2, included a long list of modifications including exploit-centric changes, a fix for CarPlay in Ford-branded vehicles, and various other bug fixes.

But if you were one of many who thought that was going to be it, then you’re in for a surprise. The Odyssey Team has just released a second update this fine Thursday evening, this time bringing the Odyssey jailbreak tool up to version 1.3.3.

The Odyssey Team formally announced the latest version of their iOS 13-centric jailbreak tool via their official @OdysseyTeam_ Twitter page only a few minutes ago: 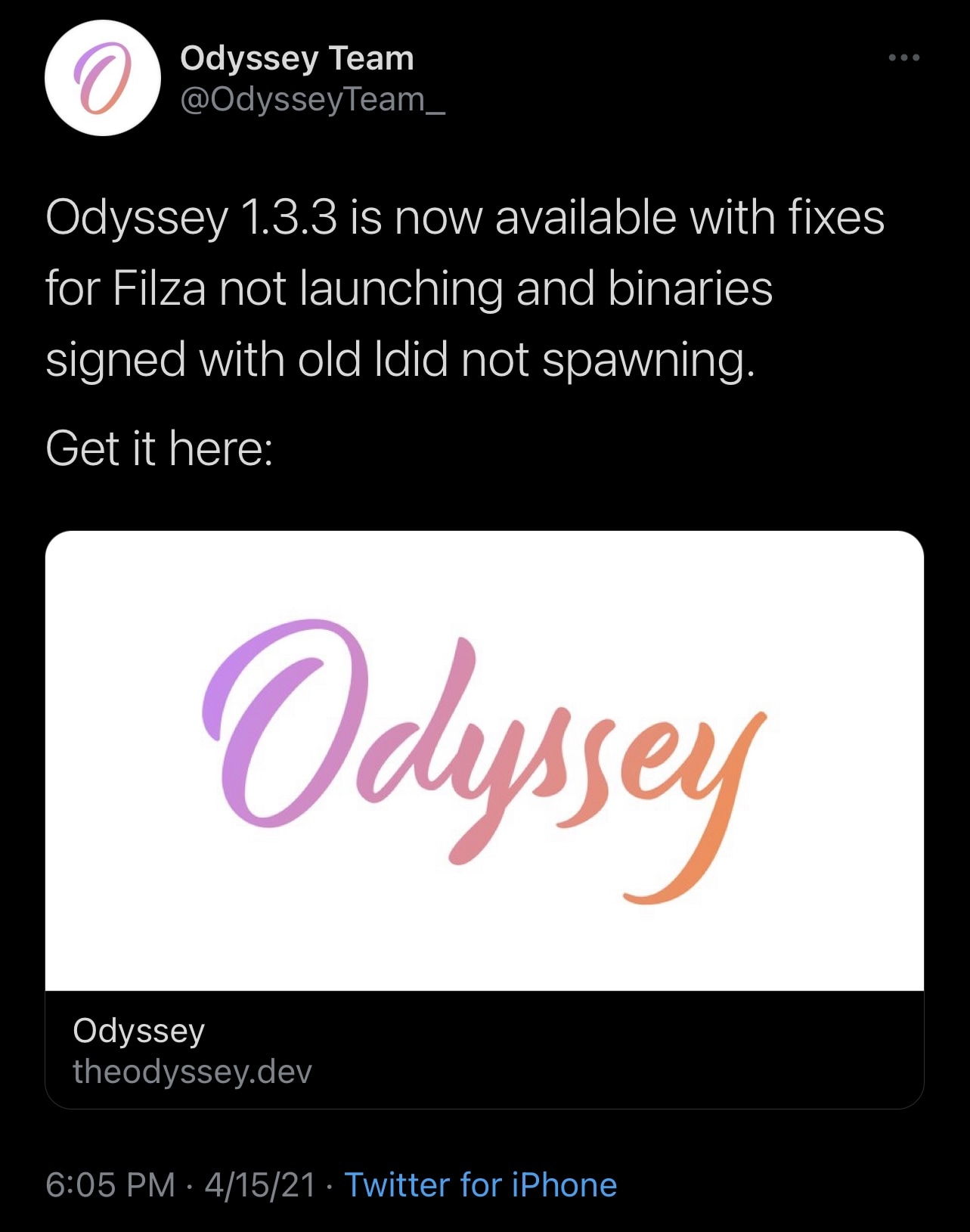 From what we can gather, the latest update rectifies an issue that would cause the Filza filesystem browser app to crash under certain circumstances – nothing further.

Odyssey v1.3.3 appears to be a minor update compared to the one released early this morning, but it’s an important one nevertheless, especially if you rely on Filza for filesystem tinkering on your pwned handset.

If you’re using an earlier version of the Odyssey jailbreak, then we recommend taking advantage of the new v1.3.3 update at your earliest convenience. You have the option of using CoolStar’s new Jailbreak Updater extension to upgrade over the air, but you’ll still want to download and deploy the latest version of the Odyssey jailbreak app when you can.

Have you updated to the latest version of the Odyssey jailbreak yet, or are you using something newer? Be sure to let us know in the comments section down below.