While much of the jailbreak hype these days has to do with iOS and iPadOS 14, it’s important to consider that iOS & iPadOS 13 are still considered “modern” in the jailbreak world.

With that in mind, it may come as no surprise to seasoned jailbreakers that the Odyssey Team has released an update for the iOS & iPadOS 13-centric Odyssey jailbreak tool this morning despite spending most of its effort releasing and refining the new iOS & iPadOS 14-centric Taurine jailbreak tool.

The brand-new Odyssey version 1.3.2 release, which was only just announced via the official @OdysseyTeam_ Twitter account and Sileo / Taurine / Odyssey Discord channel is now available to all users: 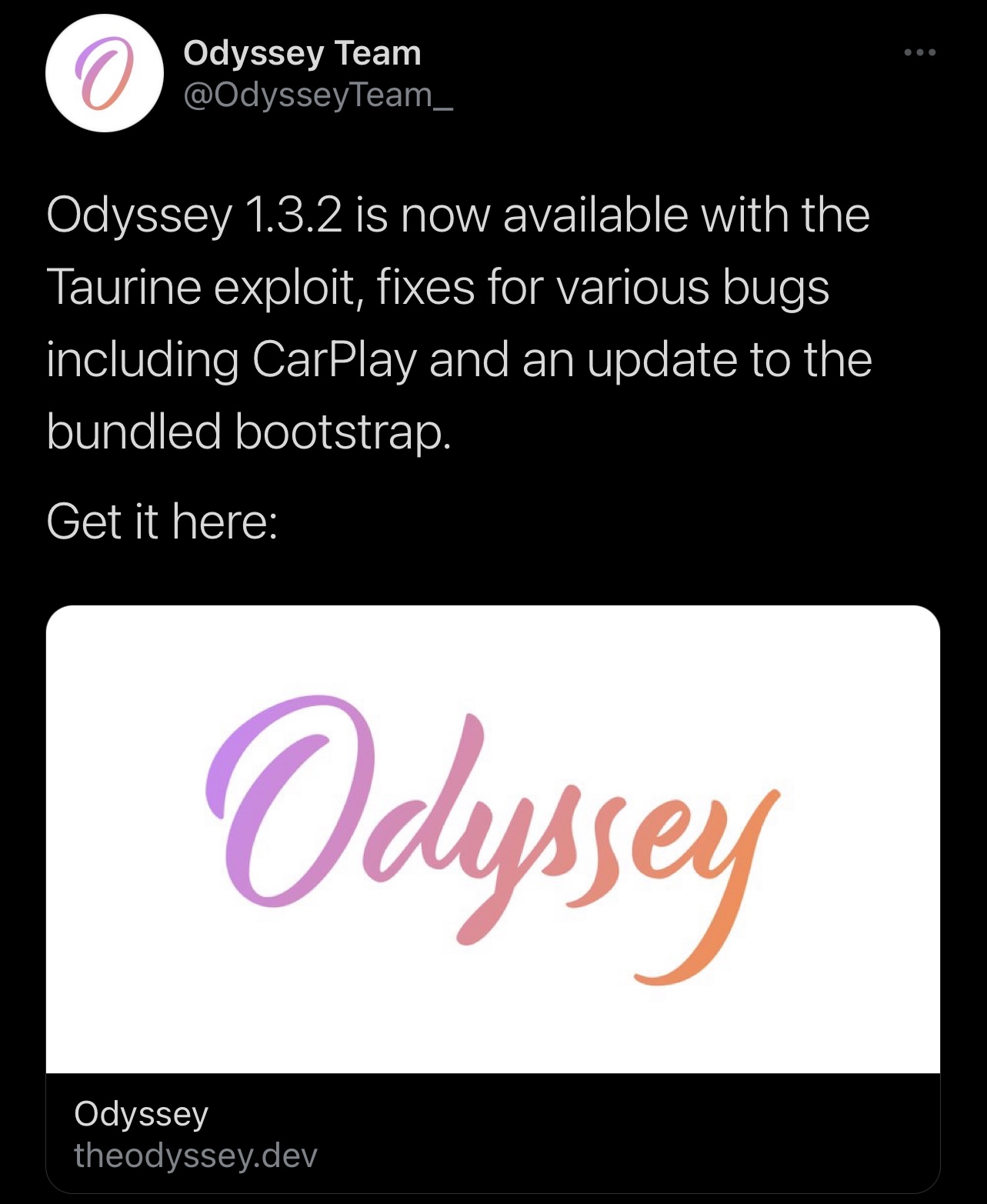 One thing worth noting is that the Odyssey jailbreak now takes advantage of the cicuta_verosa exploit instead of oob_events. This is the same exploit that powers the newer Taurine jailbreak. Further, an important fix regarding CarPlay in Ford-branded vehicles has now been fixed.

As promised, this version of Odyssey supports CoolStar’s new Jailbreak Updater extension, which allows a user of Odyssey or Taurine to update their jailbreak over the air with a simple Terminal command as root.

While the aforementioned tool doesn’t update the jailbreak app itself, it does incorporate all of the latest bug fixes, patches, and improvements in a pinch when you might be away from a computer and unable to use AltStore. It can be convenient in many fringe cases where a computer is out of reach, but we still recommend updating the jailbreak app manually regardless, just in case you need to reboot and jailbreak again at a later date.

Like with all jailbreak app releases, we traditionally recommend that uses download and install the latest version of their jailbreak app whenever they can, and this release of Odyssey is no different.

Have you downloaded and installed the latest version of the Odyssey jailbreak yet, or are you using something else in the meantime? Let us know in the comments section down below.