Keen-eyed jailbreakers who are currently taking advantage of the Odyssey Team’s Taurine tool on their iOS or iPadOS 14.0-14.3 device may have noticed a peculiar new package on the Odyssey repository called Jailbreak Updater.

Citing an announcement shared early this morning in the Sileo / Taurine / Odyssey Discord channel by Odyssey Team lead developer CoolStar, said that this novel package would allow power users with a Terminal app on their iPhone or iPad to update to the latest version of the Taurine jailbreak while already in a jailbroken state.

From what we can gather, someone who installs this package on a device pwned with Taurine will be able to run the “jbupdate” command as root in their favorite Terminal app such as NewTerm 2 from the Chariz repository and it will install all the latest Taurine jailbreak patches without compelling the user to go through the process of updating their jailbreak via AltStore in a jailed state. Afterward, it will perform a userspace reboot. 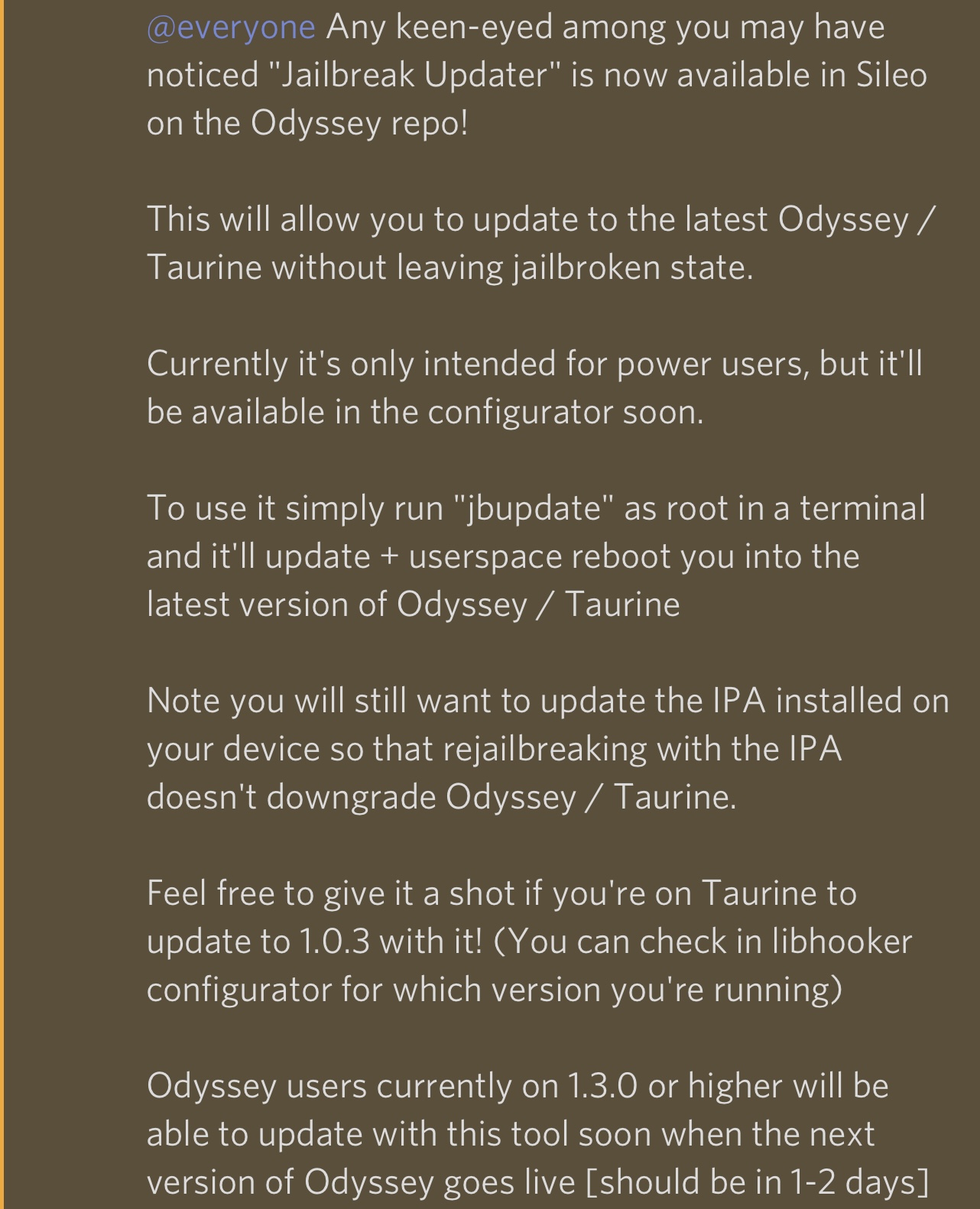 This has convenience written all over it, as it won’t require users to be anywhere near a computer to patch their Taurine jailbreak with the latest fixes and improvements on demand while out and about. On the other hand, users will still want to upgrade the actual Taurine app on their device (the .ipa app) with AltStore at some point, as this extension doesn’t update the Taurine jailbreak app itself. Consequently, should you reboot after using the “jbupdate” command, you would essentially be re-running the outdated jailbreak app and find yourself at square one once again. 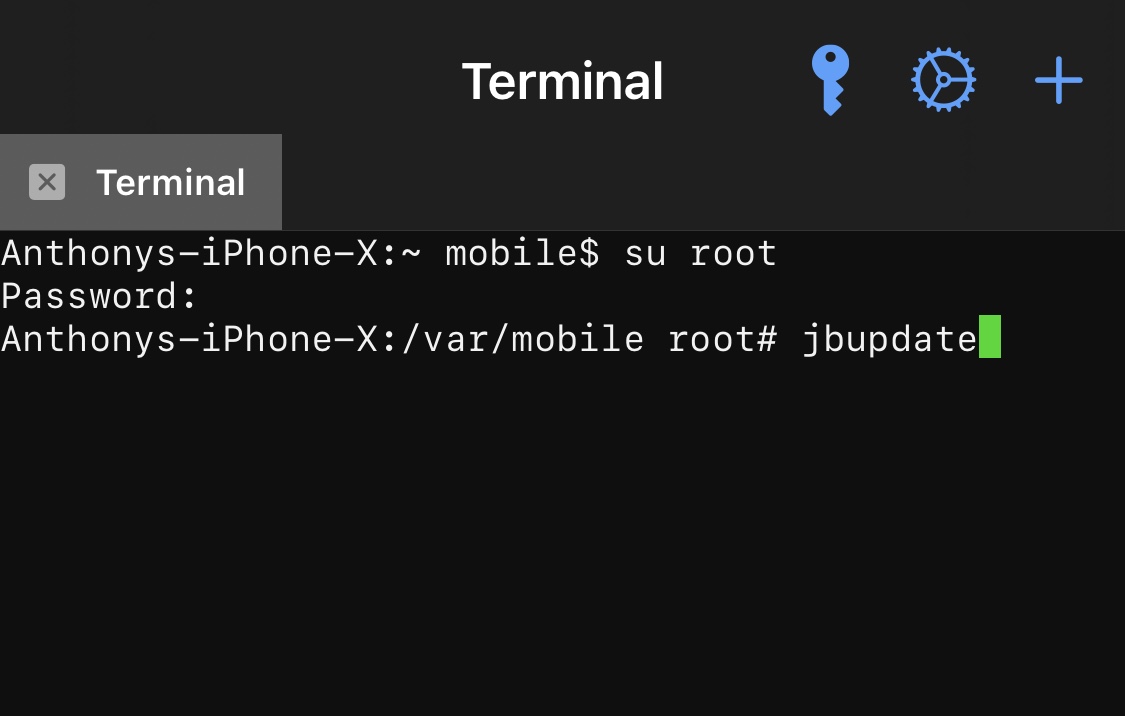 Citing the announcement, Jailbreak Updater supports the new Taurine v1.0.3 update released earlier today, and it will eventually support the iOS & iPadOS 13-centric Odyssey jailbreak tool after it receives an update with support in just a few more days. 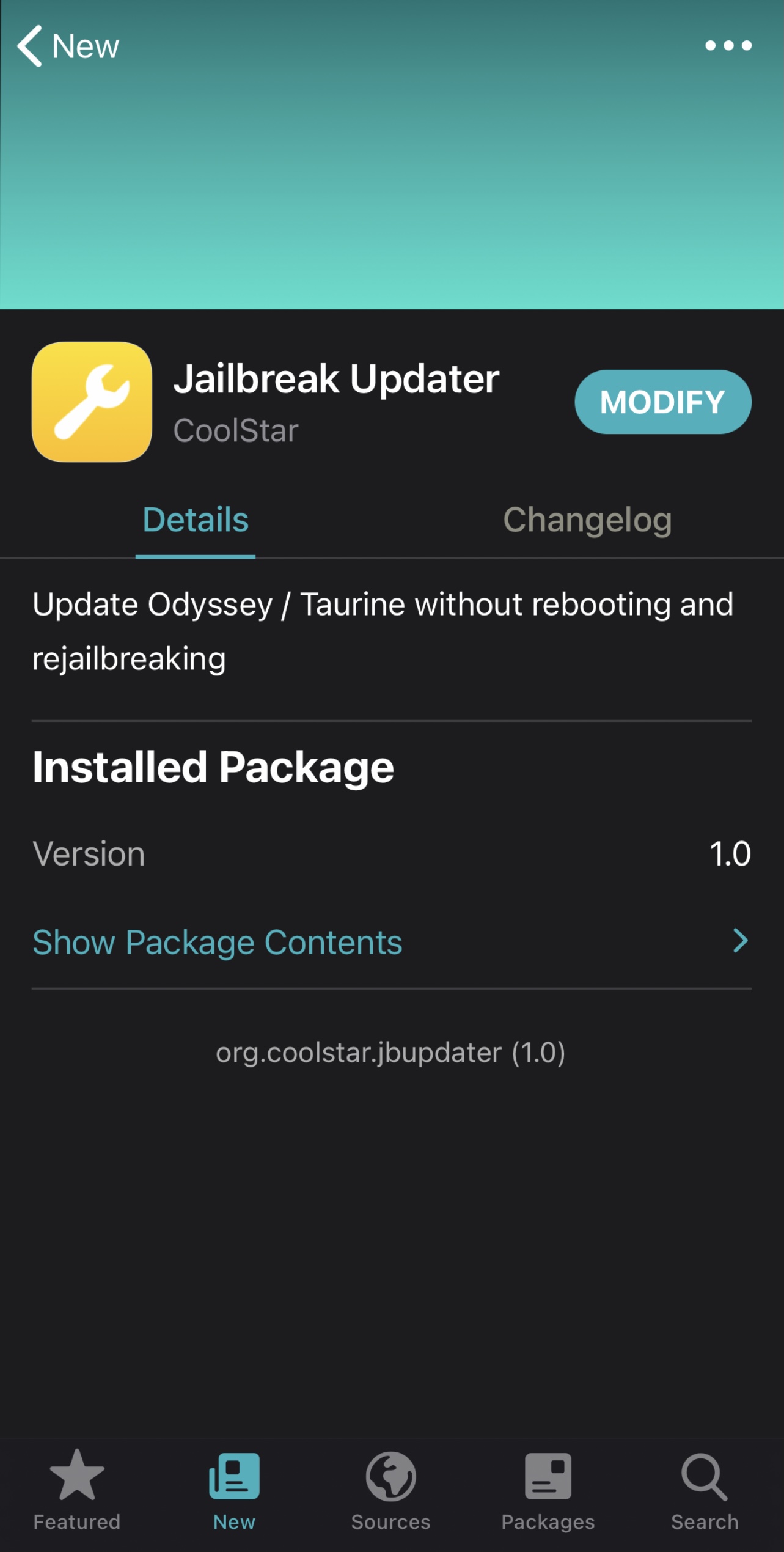 CoolStar says that while the feature is intended for power users at this time, it will be rolled out to all users in the Configurator app in the future. Still, that doesn’t mean you can’t go hands-on with it right now — you’ll just need a mobile Terminal app of some kind.

Are you excited to try the new Jailbreak Updater extension for the Odyssey and Taurine jailbreaks? Let us know in the comments section down below.