Ever since the launch of the Taurine jailbreak for iOS & iPadOS 14.0-14.3, it has been followed by a steady stream of support updates with bug fixes and improvements.

Today is no different, with the Odyssey Team releasing yet another update in the form of Taurine version 1.0.3. 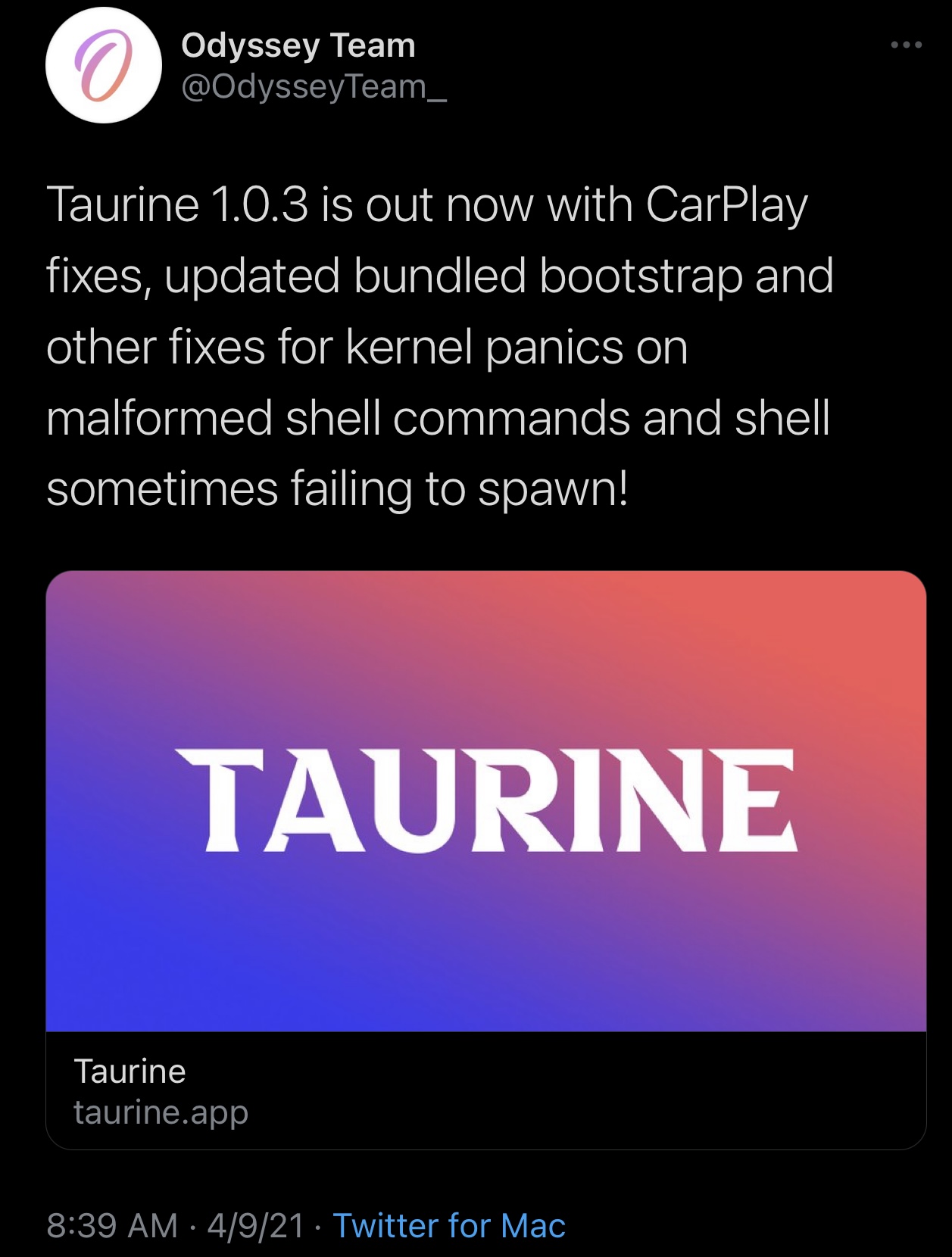 As noted in the official change log for Taurine version 1.0.3, the following changes have now been incorporated:

It’s always a good idea for jailbreakers to keep their installations up to date, as doing so ensures that known bugs and stability issues are patched. With that in mind, we strongly recommend that all Taurine users go ahead and download and install the latest version at their earliest convenience.

Have you downloaded and installed the latest version of the unc0ver jailbreak yet? Be sure to let us know in the comments section down below.