Teased over the weekend, Apple’s CEO Tim Cook has just had a brand new interview published early this morning. In it, Cook talks about a range of topics, including Tesla and App Store security.

Cook chatted with The New York Times‘ Kara Swisher, as part of her “Sway” podcast, to talk about Facebook, privacy, iOS security, Tesla and Elon Musk, Epic Games, and the importance of augmented reality. Things kick off with Apple’s decision to remove the social networking app Parler. Cook says that decision was “straightforward” because Parler wasn’t following App Store guidelines.

Next, Facebook and Apple’s public spat over user privacy. According to Cook, the impending App Tracking Transparency (ATT) feature is not going to be Facebook’s downfall, and it isn’t an existential crisis, either. 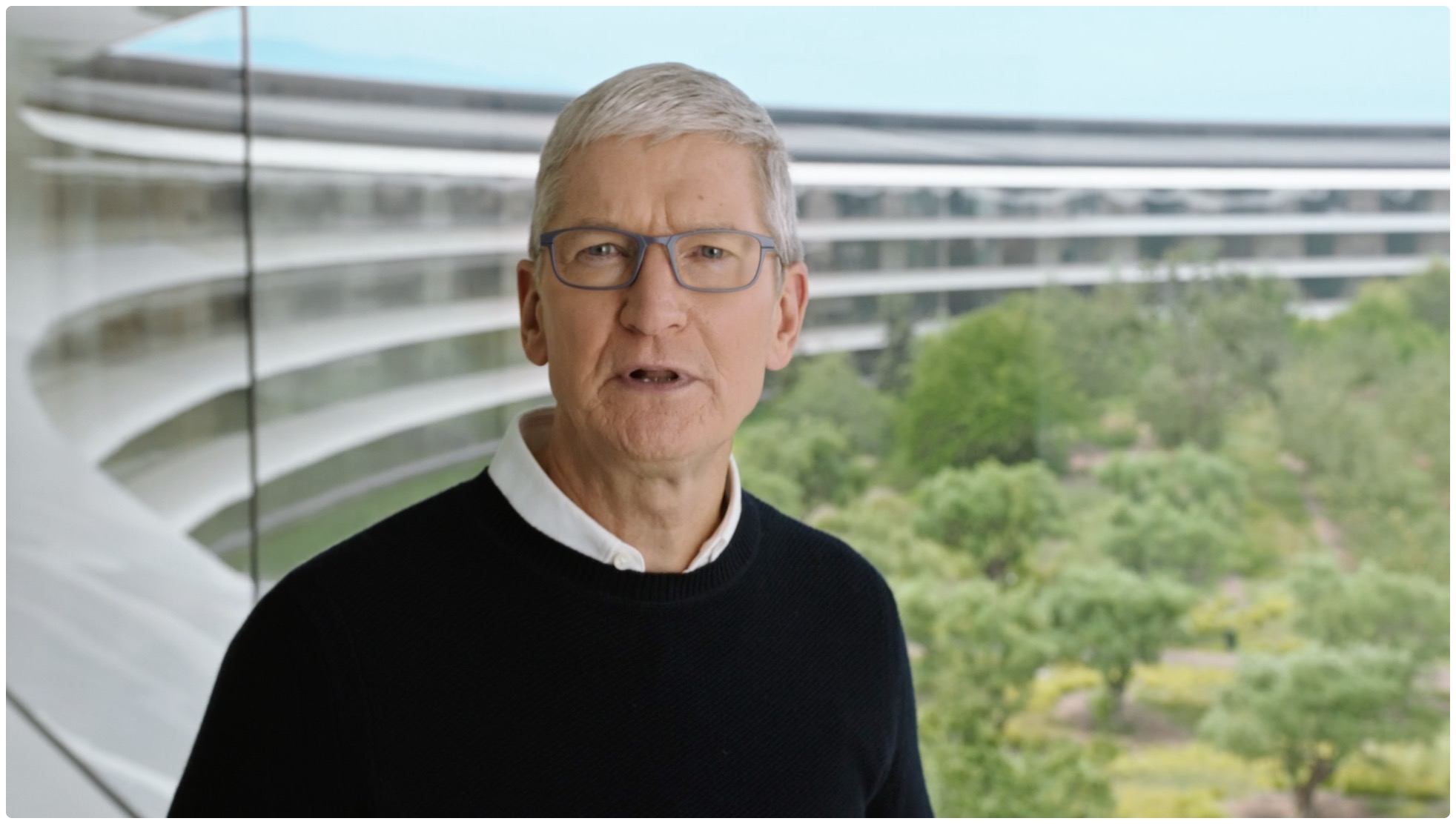 Cook says that iOS 14.5, which will bring the feature to the public, will launch “in a few weeks”. Once it goes live, apps will need to ask for user permission before the app is allowed to track them. This gives iOS users the ability to keep an app from tracking them, if they so choose.

Facebook has gone to great lengths to argue that this will negatively impact a lot of different aspects of the internet and business, especially small businesses. Cook says that point of view, and Facebook’s argument in general, is “flimsy”, and says that the ATT feature is meant to crack down on companies that are tracking people 24/7.

App Tracking Transparency, and what it tries to get at is companies that are taking advantage of tracking you across apps of other companies, and therefore putting together an entire profile of what you’re thinking, what you’re doing, surveilling you across the web 24/7.

Cook does say that Apple adds new privacy features on a regular basis, and, as such, they aren’t trying to take down a company. Apple says it’s all about principles, and that’s the goal in an effort to give more power to the end user, to let them decide how much information they share with these giant corporations. Especially when it comes from apps available to download from the App Store.

When it comes to “data thievery”, Cook says he’s not at all happy with any of it:

I’m appalled by it. And so we’ve got things coming out like a privacy nutrition label. Privacy policies have become these multi-page things that people just blindly say, I agree, so that they can go to the next screen and move on. A privacy nutrition label, much like a nutrition label on food, gives you at a glance some key information. We’ll improve that over time. And then the one, Kara, that’s probably gotten the most attention is called ATT.

Moving on, Cook hints at future products. But, of course, in such a way that actually doesn’t tell us in specific words what the company is working on. However, Cook says AR is a focus moving forward (which is not surprising at all).

Well, I can’t talk about anything that may or may not be in the pipeline. But in terms of AR, the promise of AR is that you and I are having a great conversation right now. Arguably, it could even be better if we were able to augment our discussion with charts or other things to appear. And your audience would also benefit from this, too, I think. And so when I think about that in different fields, whether it’s health, whether it’s education, whether it’s gaming, whether it’s retail, I’m already seeing AR take off in some of these areas with use of the phone. And I think the promise is even greater in the future.

On Elon Musk and Tesla, Cook says that he’s never spoken with Musk, but says he has “great admiration and respect” for the company he’s built:

You know, I’ve never spoken to Elon, although I have great admiration and respect for the company he’s built. I think Tesla has done an unbelievable job of not only establishing the lead, but keeping the lead for such a long period of time in the EV space. So I have great appreciation for them. In terms of the work that we’re doing there, obviously, I’m going to be a little coy on that. The autonomy itself is a core technology, in my view. If you sort of step back, the car, in a lot of ways, is a robot. An autonomous car is a robot. And so there’s lots of things you can do with autonomy. And we’ll see what Apple does. We investigate so many things internally. Many of them never see the light of day. I’m not saying that one will not.

Swisher asks, “Would it be in the form of a car or the technology within a car?” and hopes for something great from Cook, but the chief executive says he’s “not going to answer that question”. Because of course.

And then, Epic Games. Swisher recaps the past events that led to the major lawsuit brought against Apple (and Google) from Epic. Cook says that Apple’s stance is still privacy and security. And standing up for the rules and guidelines for the App Store:

It’s about living up to the rules and the guidelines of the App Store. And they had done that for years and then had decided evidently that they didn’t want to follow the rules anymore, and had passed something through app review and then after it had been through app review, changed it on the server side. So it was sort of a deceitful move. And so we’re going into court. We’re coming to tell our story. We’re going to talk about the privacy and security aspects of the store. And we’re confident in our case.

Go check out the full interview with Swisher at The New York Times.