Just under a week ago, CoolStar seeded Odyssey v1.3.1 beta 1 to members of the Sileo / Odyssey Discord channel for public beta testing. The biggest change was initial support for the new cicuta_verosa kernel exploit by @ModernPwner.

It wasn’t long after the beta release that the Odyssey Team learned of an issue involving bootstrapping a fresh device when using the cicuta_verosa exploit. Consequently Odyssey v1.3.1 beta 2 is now available with a fix. 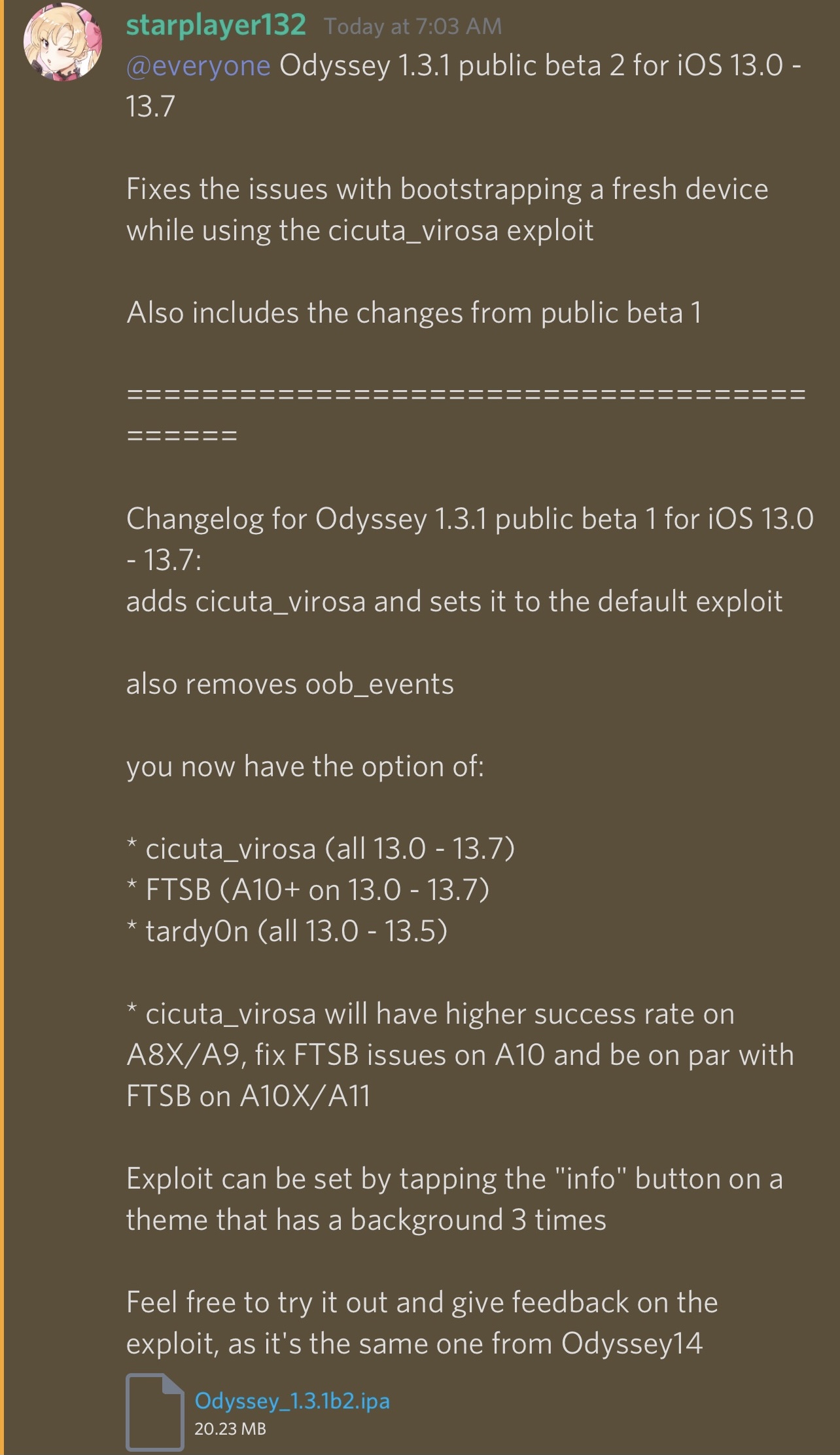 From what we can gather, the fix for the bootstrap problem is the only substantial change in this version when compared with the first public beta of Odyssey v1.3.1.

Just a couple of days ago, CoolStar teased progress on the iOS & iPadOS 14-based jailbreak by showcasing the Sileo package manager on a newer iPhone running iOS 14.

Those interested in trying the latest Odyssey public beta on their iOS or iPadOS 13.0-13.7 device can get it from the official Sileo / Odyssey Discord channel. The tool is available as an .ipa download that can be side-loaded with AltStore. Those requiring help with the installation process can follow our step-by-step tutorial for assistance.

Have you tried the latest Odyssey public beta? If so, let us know how it worked for you in the comment section down below.