While such a jailbreak isn’t yet out to the general public, it should be noted that CoolStar released a new public beta of the Odyssey jailbreak for iOS & iPadOS 13.0-13.7 on Friday. The new public beta, dubbed version 1.3.1 beta 1, provides access to the brand new cicuta_verosa exploit on iOS & iPadOS 13 devices, among other exploit-related changes.

CoolStar announced the latest Odyssey public beta via the official Sileo / Odyssey Discord channel yesterday afternoon, which appears to have dropped Chimera from its name only within the past couple of weeks: 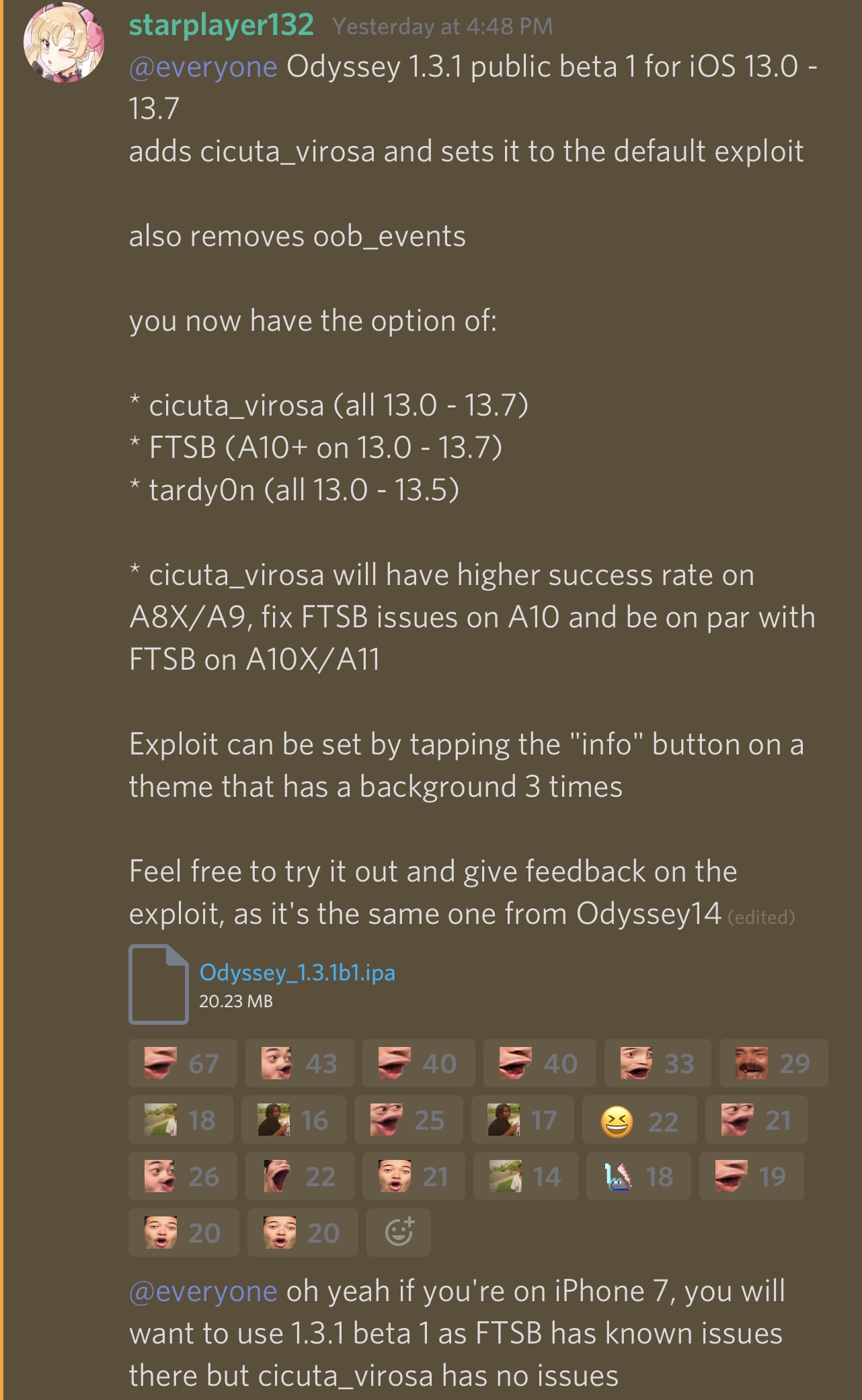 From what we can gather, the Odyssey v1.3.1 beta 1 build incorporates the following changes that are different from the current v1.3.0 public release:

CoolStar notes that the newer cicuta_verosa exploit has a higher success rate on older handsets such as A8X and A9 chip-equipped devices. It should also offer enhanced success over the FTSB exploit on A10, A10X, and A11 devices. CoolStar also notes that this is the same exploit that will be powering the upcoming Odyssey14 jailbreak, so this public beta release serves as a test run for feedback on the exploit’s performance.

To select a preferred exploit in the new Odyssey public beta, simply tap on the Info button three times while using a theme that has a custom background image.

If you’re interested in trying the new Odyssey v1.3.1 beta 1 build, then you can find the download link in the Announcements tab of the official Sileo / Odyssey Discord channel. Running the public beta will encompass the same process as running a public release, and so the steps of our detailed step-by-step tutorial with AltStore still apply.

Will you be going hands-on with the new exploit on the original iOS & iPadOS 13-centric Odyssey jailbreak, or have you already updated to iOS or iPadOS 14? Let us know in the comments section down below.