Just like last year, Apple is celebrating not only Women’s History Month, but also International Women’s Day this year. And, as is par for the course, the company is using the App Store to help with the initiative.

Today, Apple announced that the company will be supporting both efforts this year. The company says that it will be promoting stories from “powerful female voices” both in the App Store and in the Apple TV app. What’s more, those voices will be presented in Apple Arcade, Apple Music, in Apple Books, with podcasts, and curated collections in Apple News.

For Women’s History Month and International Women’s Day, Apple is further amplifying female voices that drive culture and change by bringing to the forefront untold stories, exclusive content, and curated collections across all of its services. Available beginning in March, these offerings celebrate the social, economic, cultural, and political achievements of all women who accelerate the conversation around gender equality.

Things start with the App Store, unsurprisingly. The company laid it all out in a straightforward way in its announcement today. 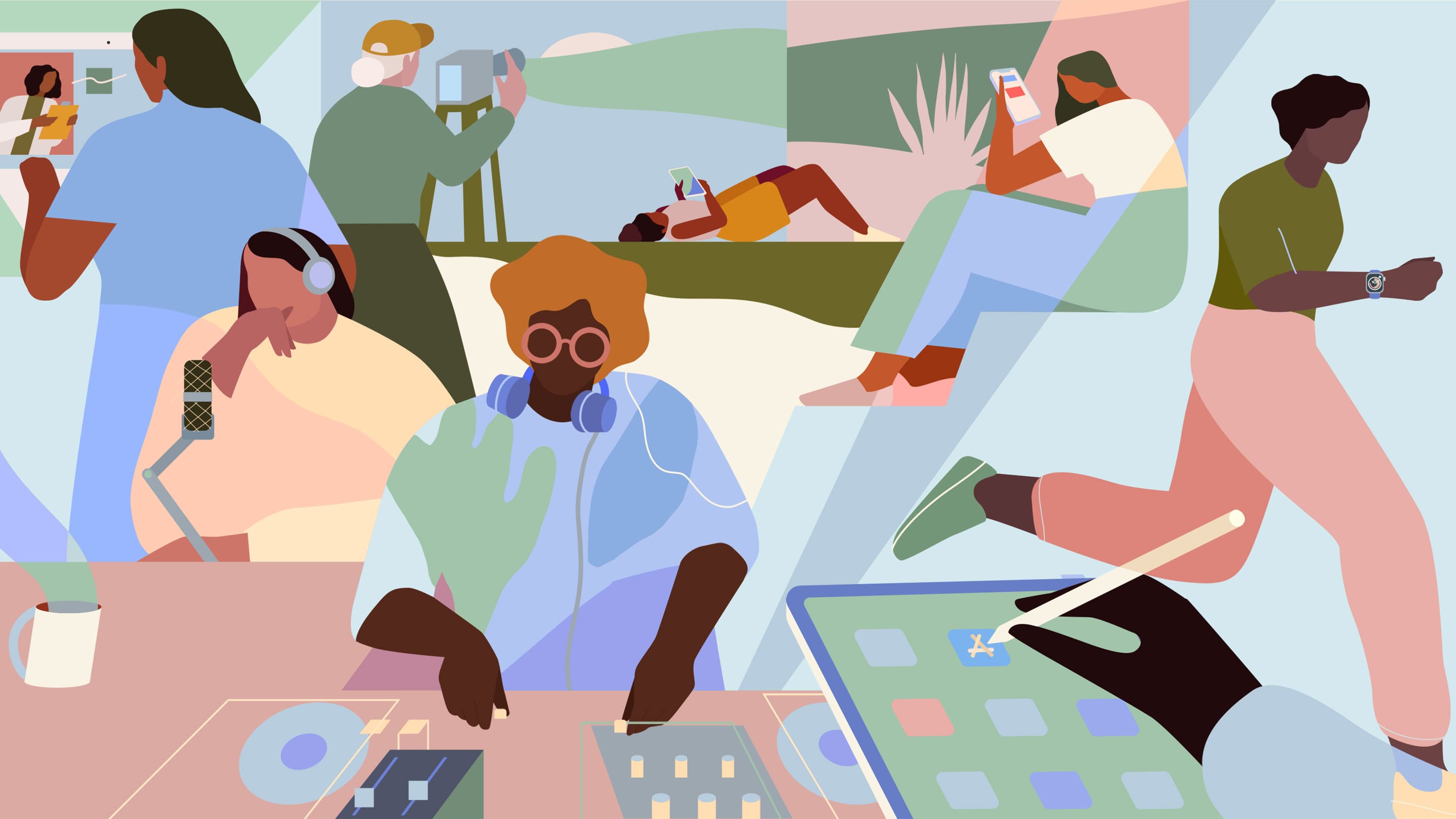 Within the App Store, Apple will be promoting women across the board. That includes developers and the apps and games they’ve created. There will be exclusive interviews, and a curated collection of apps made by women. App Store visitors will be able to find them in the “Apps Made by Women Collection”.

The App Store will also promote an App of the Day and Game of the Day from women developers. Meanwhile, in Apple Arcade, games with powerful female leads will be promoted in the digital storefront.

There will be country-specific collections featuring women’s voices in this store.

Apple Books is celebrating everywhere with country-specific collections that feature women’s voices and elevate their contributions to every field. Customers can find a selection of biographies and memoirs that highlight trailblazers, along with collections that spotlight literary icons and exciting newcomers in fiction — including women who are rewriting the rules in every genre, from Romance to Science Fiction. Customers can also explore recommended great books and audiobooks that unearth stories of remarkable women during extraordinary times, share empowering wisdom, and explore vital intersectional feminist perspectives.

Apple’s music streaming service will be promoting women that “break records” and “top charts” and who are “leaders in their field”. Curated playlists entitled “Visionary Women” will include women artists and influencers from all over the world. The service will also be promoting four “original content short films”, and “and Apple Music radio and Apple Music TV will feature incredible female voices, stories, and musicianship for a full 24 hours, back to back, on March 8”.

Working with “Altas Obscura, Complex, Michelin Guide, HER, and Street Art Cities”, there will be curated Guides in Apple Maps. Folks can use the service to find statues of women in key cities and towns, restaurants featuring Michelin-starred female chefs, and more. It includes street artwork in New York and businesses in Los Angeles.

Podcasts will promote women’s voices in a variety of different options. And the service will also be promoting podcast from women-founded studios.

And notably on March 1, ABC News will launch a new podcast, In Plain Sight: Lady Bird Johnson, about Claudia Alta “Lady Bird” Johnson. Told in her own words using never-before-released recordings from over 123 hours of her White House audio diaries, In Plain Sight: Lady Bird Johnson presents surprising revelations about the former first lady’s underestimated ability to navigate the power, politics, and polarization of her era — narrated in colorful, insightful, and often humorous detail — to become President Lyndon B. Johnson’s closest advisor and political partner, and one of the most influential members of his administration.

The full press release includes how Apple will be promoting women in Today at Apple sessions, Apple Fitness+, with the Apple Watch, the Research app, and more.