Earlier in the month, security researcher @pattern_F_ from the Ant Security Lab Tweeted a demo video of what appeared to be a successful jailbreak attempt on an iPhone 11 running iOS 14.0. It was later revealed that the exploit used would potentially work on iOS & iPadOS firmware versions up to and including 14.3.

While it was unclear whether @pattern_F_ would release the aforementioned work to the general public, the news was quickly drowned out by the subsequent release of the cicuta_virosa kernel exploit for iOS & iPadOS 12.0-14.3 by @ModernPwner.

Now, it seems @pattern_F_ has made waves on Twitter once again, this time with a teaser of what appears to be a “Pre-jailbreak” for all devices that run iOS & iPadOS 14.0-14.3: 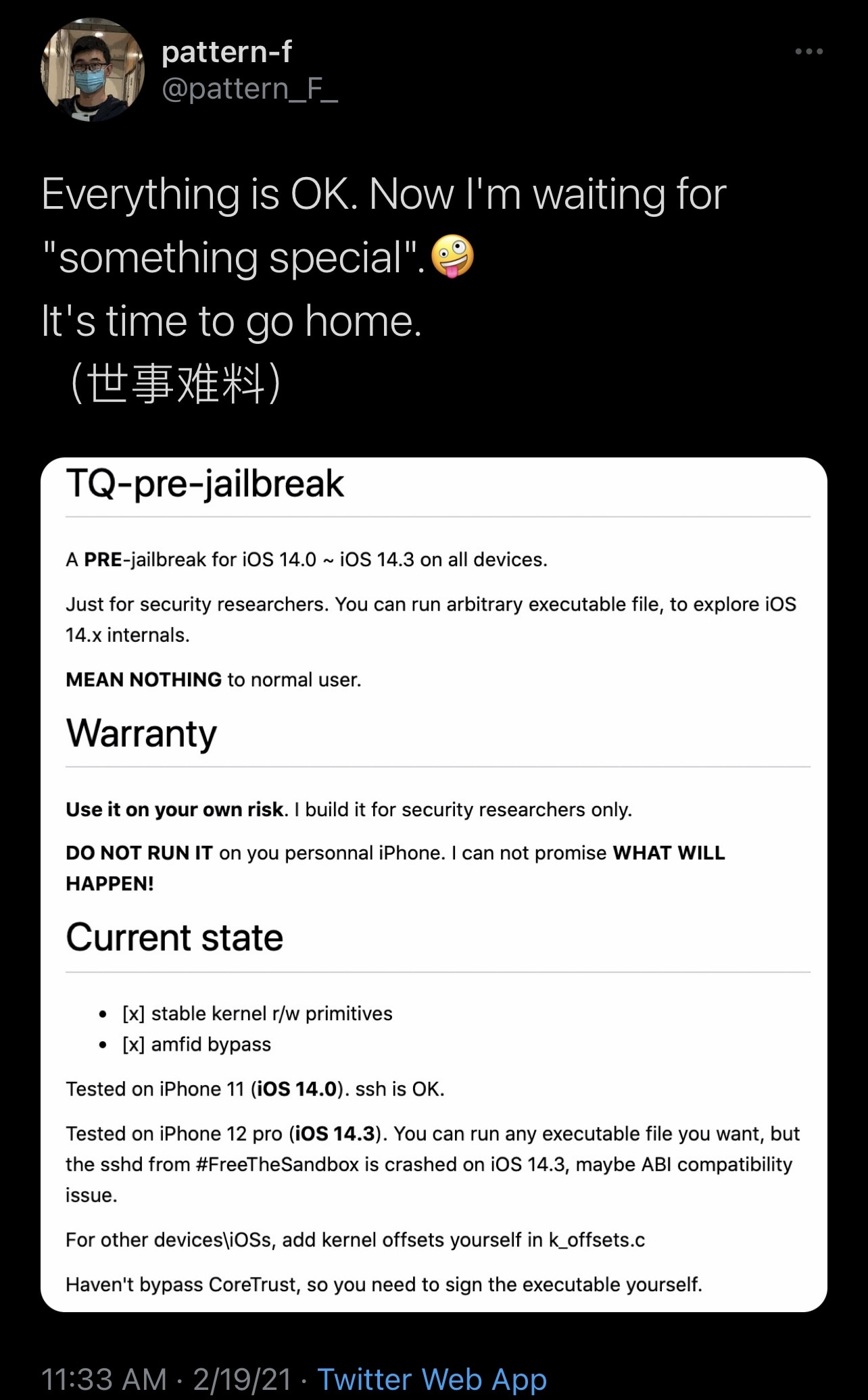 Citing the description in Tweet, it seems that this so-called Pre-jailbreak is only intended for security researchers. We can gather that it grants the user the ability to run arbitrary executable files, view and modify the iOS 14 filesystem, and initiate an SSH connection from a host machine.

CoolStar, the lead developer behind the Electra, Chimera, and Odyssey jailbreak tools, was quick to respond to @pattern_F_’s announcement: 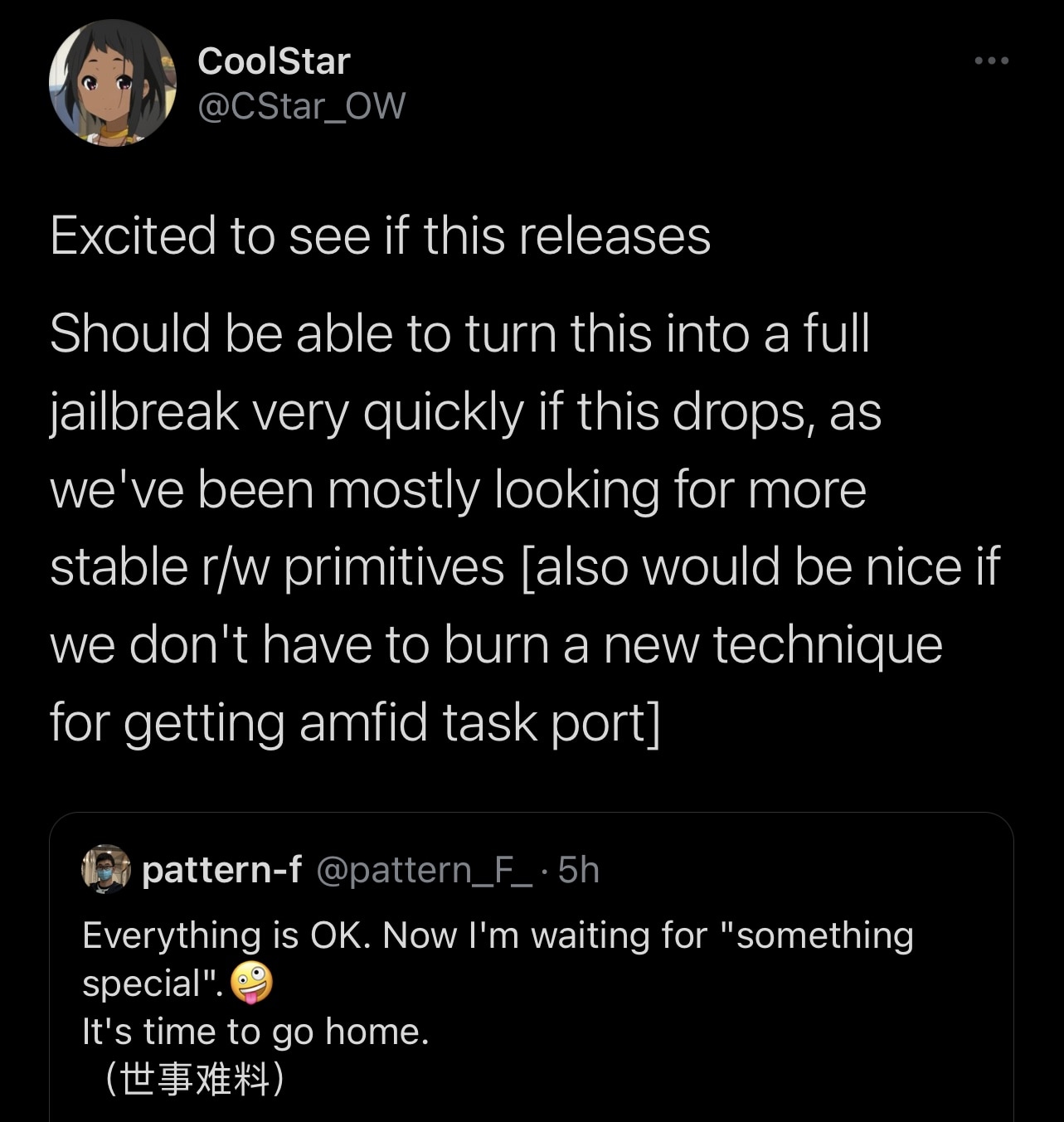 CoolStar expressed excitement about the possible release of such a Pre-jailbreak and noted that it probably wouldn’t take long to “turn this into a full jailbreak” if released. CoolStar also appeared pleased that the Pre-jailbreak incorporates stable kernel r/w primatives and amfid bypass, as the latter would prevent the needless burning of a new technique getting adfid task port.

At this time, we don’t know for certain whether @pattern_F_ intends to fully release this work, but assuming he does, then it seems likely that CoolStar will be tinkering with it.

With a little luck, we could be witnessing a full-fledged iOS 14 jailbreak release in the near future.

Are you excited about the current trajectory of the jailbreak community post-iOS 14 release? Let us know in the comments section below.