It was only a couple of days ago that security researcher Ian Beer shared a rather interesting kernel vulnerability for A11 and older devices (iPhone X and older) running iOS 14.1 and lower. But such a feat begs the question: what about A12 and newer devices?

Fortunately for those who’ve been asking this question, there could be a light at the end of the tunnel. Security researcher @pattern_F_ of Ant Security Lab demonstrated what appears to be a successful jailbreak attempt on an iPhone 11 running iOS 14.0

The accomplishment was recently shared via a demonstration video published to Twitter, and while it doesn’t depict the hacker launching Cydia, it does demonstrate root access by the end user, which is a hallmark feature of jailbreaking:

Responding to a curious individual who had asked if the exploit worked on iOS 14.3, @pattern_F_ responded with “It can make iOS 14.3 panic. But Apple introduced some new exploit mitigations. I’m studying on it.”

It seems like Apple may have went the extra mile to make exploiting newer versions of iOS 14.3 more difficult, but not impossible. As the security researcher pointed out, it can make iOS 14.3 panic, which is a good sign. This would indicate that it has not been patched by Apple and that furthering research could potentially open the door to a working and full-blown exploit for jailbreaking. 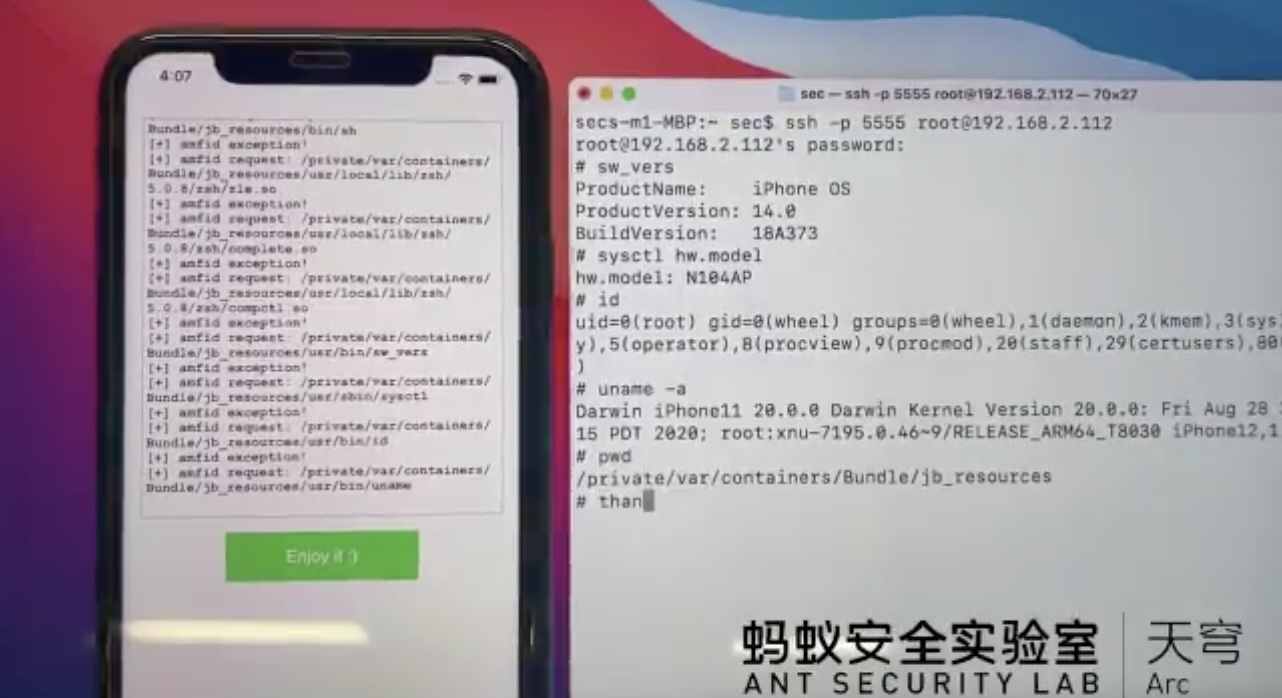 Given that we haven’t seen any iOS 14-focused jailbreak tool releases as of late, despite checkra1n being able to pwn a small subset of iOS 14 devices with its hardware-based checkm8 exploit, this is good news for the jailbreak community because it proves that even some of Apple’s latest firmware releases are jailbreakable.

We don’t yet know if @pattern_F_ or the Ant Security Lab plan to release this exploit to the general public, but many posters on /r/jailbreak seem optimistic that it could well be released. If so, this could potentially make a jailbreak on even newer devices running iOS & iPadOS 14.x possible.

Are you excited to see iOS 14 getting pwned? Discuss your thoughts about it in the comments section down below.