If you’re using iOS or iPadOS 14 right now, then your only means of jailbreaking would be with the checkra1n jailbreak on older A7-A11-equipped handsets up to and including the iPhone X.

Fortunately, the tides may change in the relatively near future as a newly released kernel level local privilege escalation (LPE) dubbed cicuta_virosa looks particularly promising for all handsets capable of running iOS or iPadOS 12.0-14.3.

The announcement, shared bright and early this gorgeous Wednesday morning via the @ModernPwner Twitter account, enlightens us all on the details:

Furthermore, the Tweet specifically mentions the jailbreak community, which further cements the idea that it could soon be used in a jailbreak tool. One of those mentioned in the initial Tweet is CoolStar, the lead developer of popular jailbreaks like Electra for iOS 11, Chimera for iOS 12, and Odyssey for iOS & iPadOS 13.

CoolStar later responded to the mention indirectly by addressing the jailbreak community: 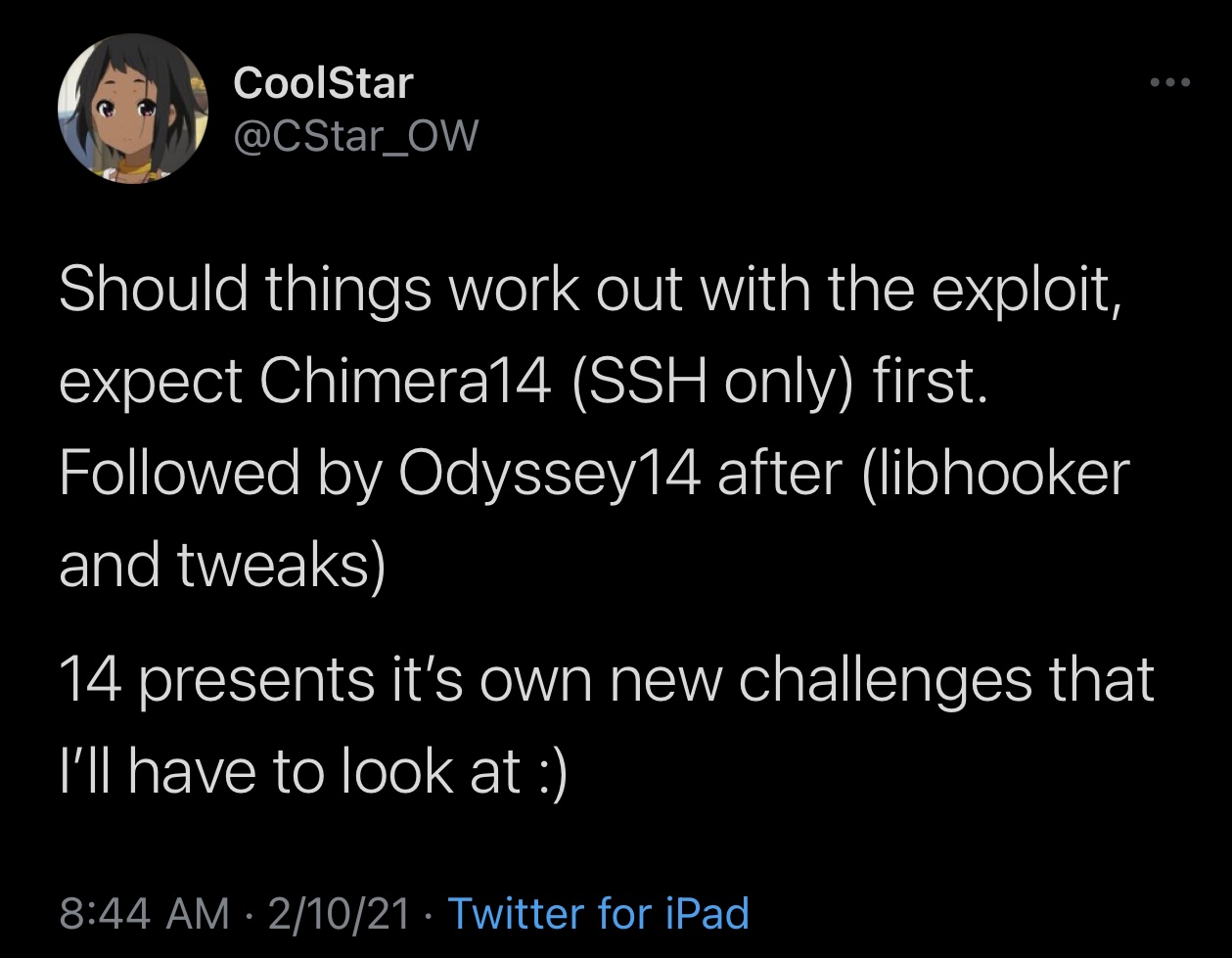 From what we can gather, it’s still up in the air as to whether a jailbreak will materialize from the new LPE, but iOS & iPadOS present their own unique challenges (like PAC) that will require additional attention. CoolStar notes that if a new iOS & iPadOS jailbreak materializes, it would most likely be SSH-only from the start until it can be fully completed.

The full write-up on the new cicuta_virosa LPE is now published on @ModernPwner’s GitHub page. Details and best practices of the hack are provided so that potential jailbreak developers may attempt to harness it to its full potential.

Based on the text, we understand that it could be a slow exploit and that it requires a bit of cleaning up and optimizing, but that shouldn’t stop it from being effective.

It’s worth noting that another hacker by the name of @pattern_F_ from the Ant Security Lab had also been teasing iOS & iPadOS 14-centric exploits and jailbreaks, but it’s unknown if it will see the light of day or not.

Are you excited to witness the first substantial iOS & iPadOS 14-centric kernel-level exploit and see where the jailbreak community goes with it? Let us know in the comment section below.