After recently switching to a new Apple TV 4K, I encountered an issue that my previous Apple TV didn’t have. Specifically, I would experience constant navigation lag when using the trackpad of the Siri remote.

The symptoms would be pretty obvious. As I was navigating any area of the user interface, whether it would be the Home Screen, Settings, or even scrubbing in an app, I would run into a laggy navigation that would create an inconsistent behavior. Swiping on the trackpad would sometimes take a few seconds to register on the screen, and then all the sudden after a short freeze, navigation would resume, but jump all over the place.

The funny thing was that I didn’t experience any issue if I was using the Remote app from Control Center on my iPhone. Given that the Remote app uses Wi-Fi to connect to the Apple TV but the physical remote itself uses Bluetooth, I imagined this was something to do with interferences of some sorts.

After doing a bit of research, I found the culprit. In this post I will share various possible reasons for why you would experience lag with your Apple TV 4K remote, and I will of course share what fixed my issue in this case.

First thing you should do is move cables around a bit. If some poorly shielded cables are in contact with each other, they may create interferences, and these interferences would possible jam the Bluetooth signal your remote relies on to talk to your Apple TV. Considering I had a modem, router, and Apple TV crammed on top of each other on a shelf hidden behind my TV set, this could have definitely been the root of the issue. But while spacing things out and making sure cables weren’t too much in contact with each other definitely improved my situation, it didn’t fix the issue entirely.

Don’t hide your Apple TV behind the TV itself

Listen, I’m a minimalist at heart, and the less electronics I see, the more I am at peace. As I mentioned above, all my TV/internet-related electronics are sitting on a shelf, behind the TV.

Some users in online forums reported that moving the Apple TV from behind the TV itself would sometimes solve the issue. In this case, the issue is likely that the TV set acts as a shield of sort and blocks the Bluetooth connection. Although I tried that, and literally spent hours trying to hide the Apple TV in plain sight, it didn’t fix my problem.

Get a better HDMI cable

When you buy an Apple TV 4K from Apple, the company suggests upgrading your HDMI cable to one they carry in stock. Because I had many HDMI cables already laying around the house, and some good 4K UltraHD ones too, I figured I didn’t need to spend another $30 on an additional cable.

But after reading about dozens of people fixing their remote lag issue by simply upgrading their cable, I decided to take the plunge. So I purchased the Belkin UltraHD High Speed 4K HDMI Cable from Apple. The result was pretty clear. Immediately after, everything became buttery smooth when scrolling and swiping on my remote. 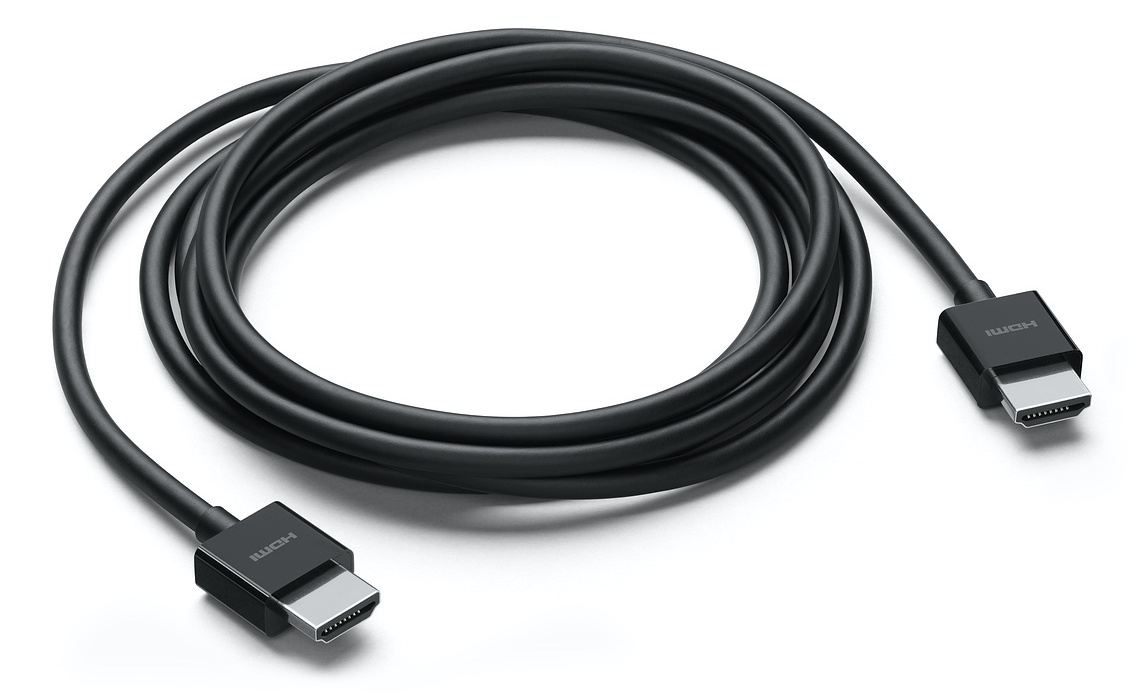 As it turns out, and from what I understand, this cable has a higher bandwidth of up to 48 Gbps, compared to most cables that can only take up to 18 Gbps. Don’t be fooled like I was by cables that say they are 4K UltraHD rated. They might be, but this is not enough to push all the pixels to your screen. You definitely need something 8K-rated. And don’t even try to cheap out by buying an inexpensive one at Best Buy or Amazon, because Apple has the most affordable ones at just $30.

But why would a not-good-enough cable create that slowness on your Apple TV when using the remote? I don’t have a clear answer to this, but some claim the bottlenecked cable creates interferences that mess us with your Bluetooth signal when scrolling. This explanation will suffice for me!

Once this was fixed, I immediately crammed everything back behind the TV set and made sure the Apple TV itself was out of sight. And I haven’t had any issue since then.