A new piece of software, dubbed Beeper, collates as many as 15 chat apps into one interface, with iMessage functionality on Android, Windows and Linux offered via a workaround.

One app to rule all your chats

With Beeper, formerly NovaChat, you get a single destination for chatting on iMessage, Twitter and WhatsApp, along with 13 other messaging networks. You can search all of your messages across chat networks, as well as snooze or archive them. According to Beeper CEO and former Pebble founder Eric Migicovsky, the software is “using some trickery” to make iMessage work on Android, Windows and Linux that’s similar to the approach AirMessage uses.

This was a tough one to figure out! Beeper has two ways of enabling Android, Windows and Linux users to use iMessage: we send each user a jailbroken iPhone with the Beeper app installed which bridges to iMessage, or if they have a Mac that is always connected to the internet, they can install the Beeper Mac app which acts as a bridge.

Aside from iMessage for non-Apple platforms, Beeper provides many advanced features.

With a unified inbox, chats from multiple platforms are available in one central place. You can also use filters to customize the unified inbox to your liking. And, the next update to Beeper will enable support for Dark Mode. So far, the app supports the following chat networks: Whatsapp, Facebook Messenger, iMessage, Android Messages (SMS), Telegram, Twitter, Slack, Hangouts, Instagram, Skype, IRC, Matrix, Discord, Signal and the Beeper network.

Beeper is available as a subscription service with a $10 monthly fee. 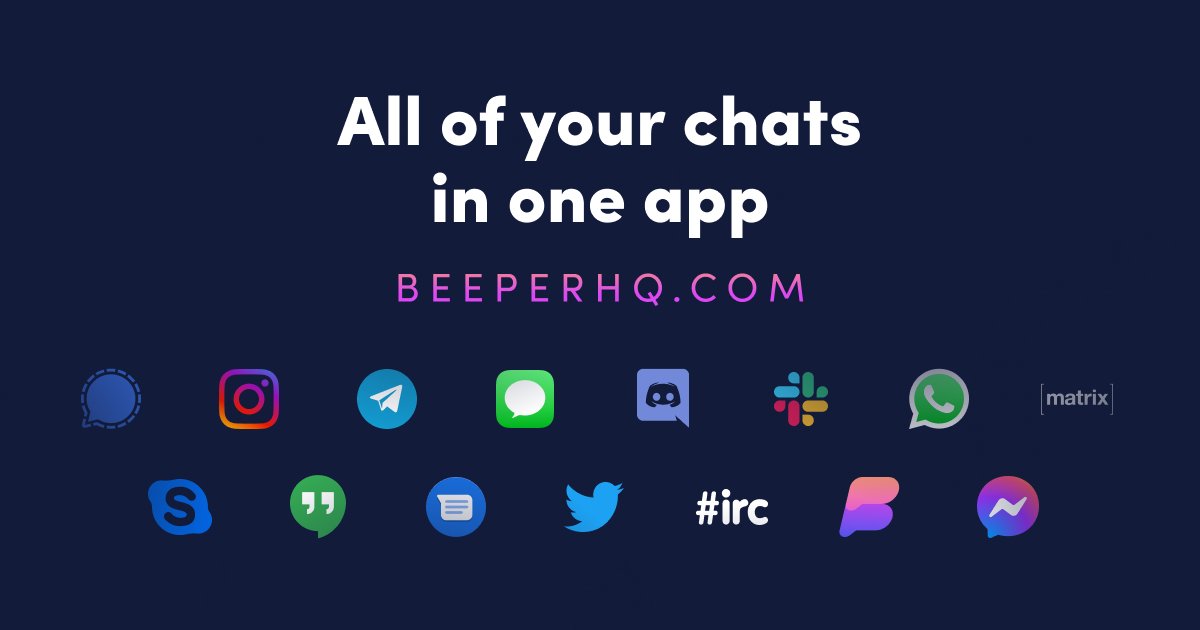 Beeper is based on Matrix, an open-source federated messaging protocol. Using the Matrix API, developers can build custom bots, extensions, plugins and integrations for Beeper.

A pipe dream: iMessage for other platforms

For years, folks have been calling for iMessage to come to Windows and Android. Whether that’ll ever happen is a million dollar question—so far, iMessage has served Apple remarkably well as a deterrent for those iPhone owners who might be tempted to switch over to Android.

And yes, iMessage works even on Android, Windows and Linux using some trickery 🙂

According to John Gruber’s Daring Fireball, Apple in the past mocked up the interface for iMessage on Android. One of the versions apparently followed Google’s Material Design guidelines. iMessage to this date, as you know, has been exclusive to Apple platforms. So unless you jailbreak, iMessage for Android and other platforms remains a pipe dream.