Microsoft is allegedly working to replace its native Outlook apps for Mac and Windows computers with a progressive web app sporting features like local storage, caching and more.

WindowsCentral reports that a work-in-progress web app will replace the different Mac and Windows versions of the software. It will also replace the standalone Mail & Calendar app on Windows 10 sometime in 2022 as Outlook becomes a universal platform across PC and Mac.

The project is based on Outlook’s existing web app, available in a browser at outlook.com. 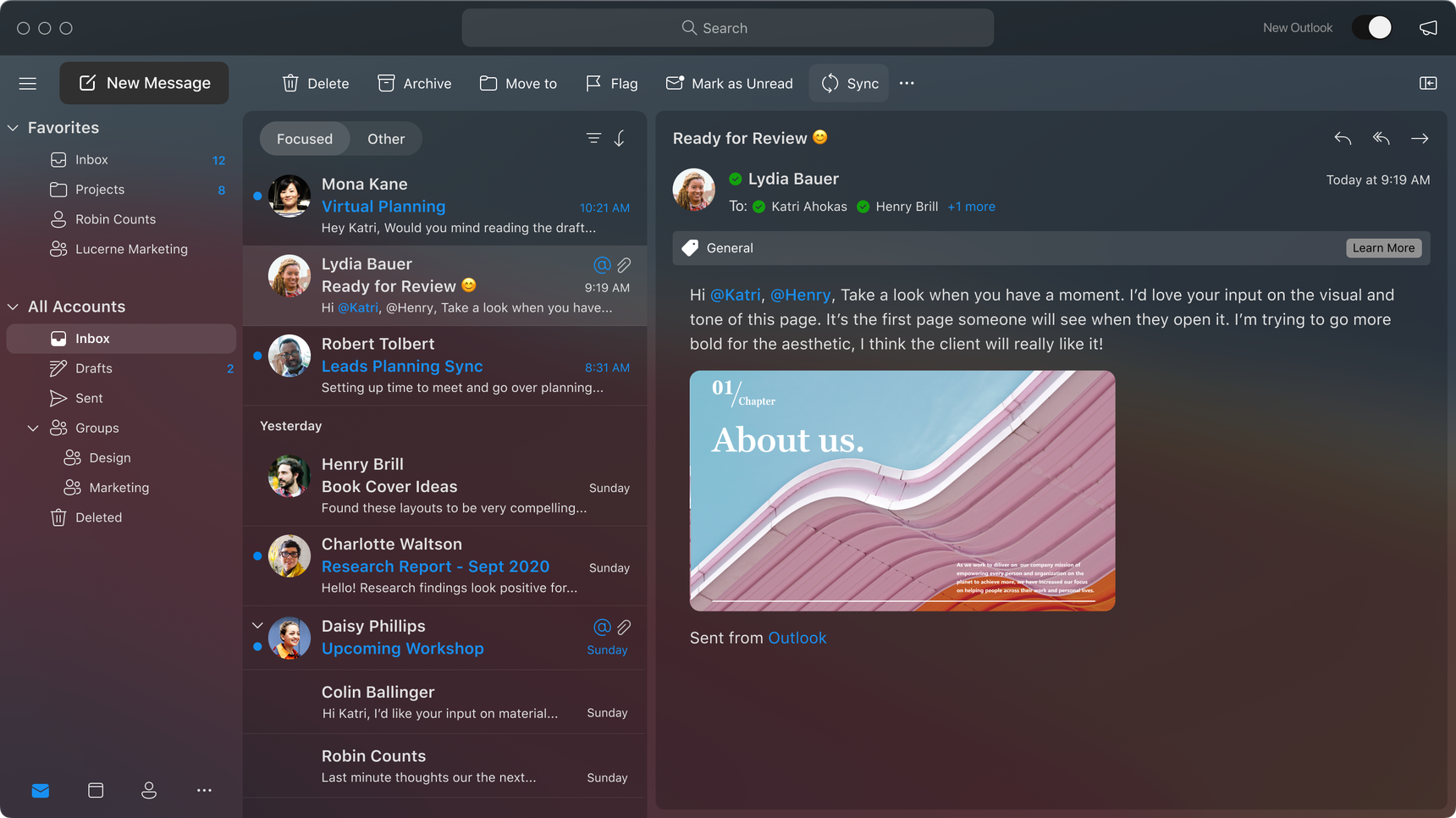 Microsoft last year announced a thorough redesign of Outlook for Mac, shown above.

As for the upcoming universal web client for Outlook, it would work on Windows and Mac desktops without requiring an installation, as well as in any standards-compliant web browser. Having a single, cross-platform app would no doubt simplify development and enable tighter feature parity between platforms (which isn’t without pitfalls).

The project will deliver Outlook as a single product, with the same user experience and codebase whether that be on Windows or Mac. It’ll also have a much smaller footprint and be accessible to all users whether they’re free Outlook consumers or commercial business customers.

But what about platform-specific features?

I’m told the app will feature native OS integrations with support for things like offline storage, share targets, notifications, and more. I understand that it’s one of Microsoft’s goals to make the new Monarch client feel as native to the OS as possible while remaining universal across platforms by basing the app on the Outlook website.

Web apps have been around for a long time, but they still suck compared to their native versions. Even the modern, progressive web apps can’t replicate the smooth and snappy experience provided by their native counterparts. On top of that, web technologies do not support some platform-specific features, such as Force Touch on the Mac trackpad.

→ How to install Twitter for Mac as a progressive web app

As a result, we could get a sub-par experience that may end up being too slow and cumbersome to use efficiently on a daily basis. As succinctly commented by Irish iOS developer Steve Troughton-Smith, it’s pretty sad to see Microsoft “consciously eroding its native platforms, drawn to the idea of a local ecosystem full of web apps like a moth to a flame”.

→  What are progressive web apps and how to use them

That doesn’t mean Microsoft is taking its eyes off Outlook, one of the best productivity and email apps it has ever made. Quote the contrary, the Windows maker just recently has updated several of its native macOS apps, including Outlook. And last but not least, Microsoft is also working on bringing native Apple Silicon support to Office 365.