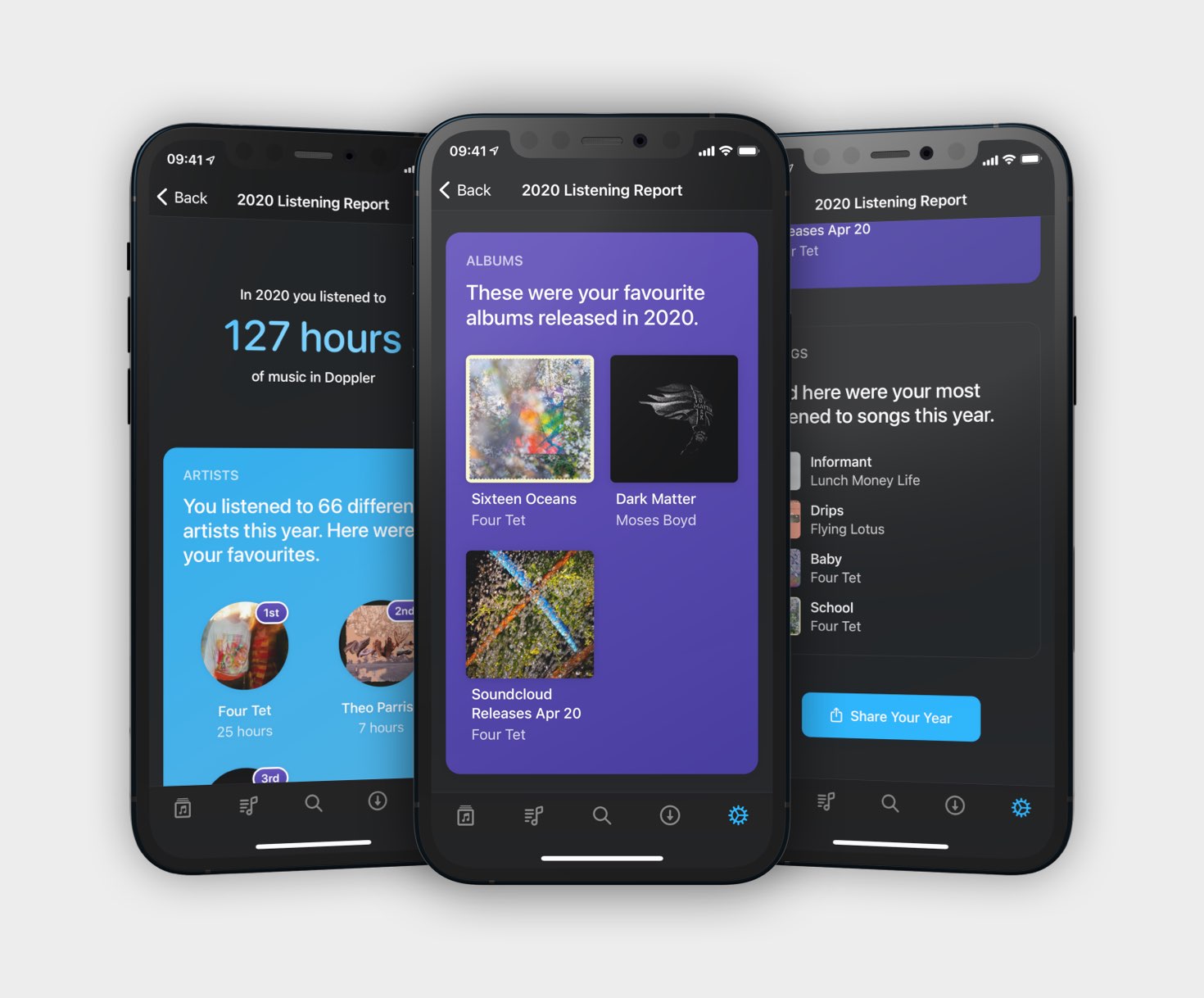 Earlier in the year, iDB featured the new Doppler music player for the iPhone, iPad and iPod touch. As an alternative to Apple’s Music app, Doppler lets you import, manage and edit your music with ease. And with the latest update, you can create beautiful yearly listening reports.

In recent years, popular music-streaming services have offered a yearly review of the music you listened to. Spotify has such a feature and you can also create these yearly music reviews if you’re an Apple Music subscriber. But for old-school types who tend to buy (e.g. from Bandcamp.com) rather than stream their music, this is something you sadly miss out on. 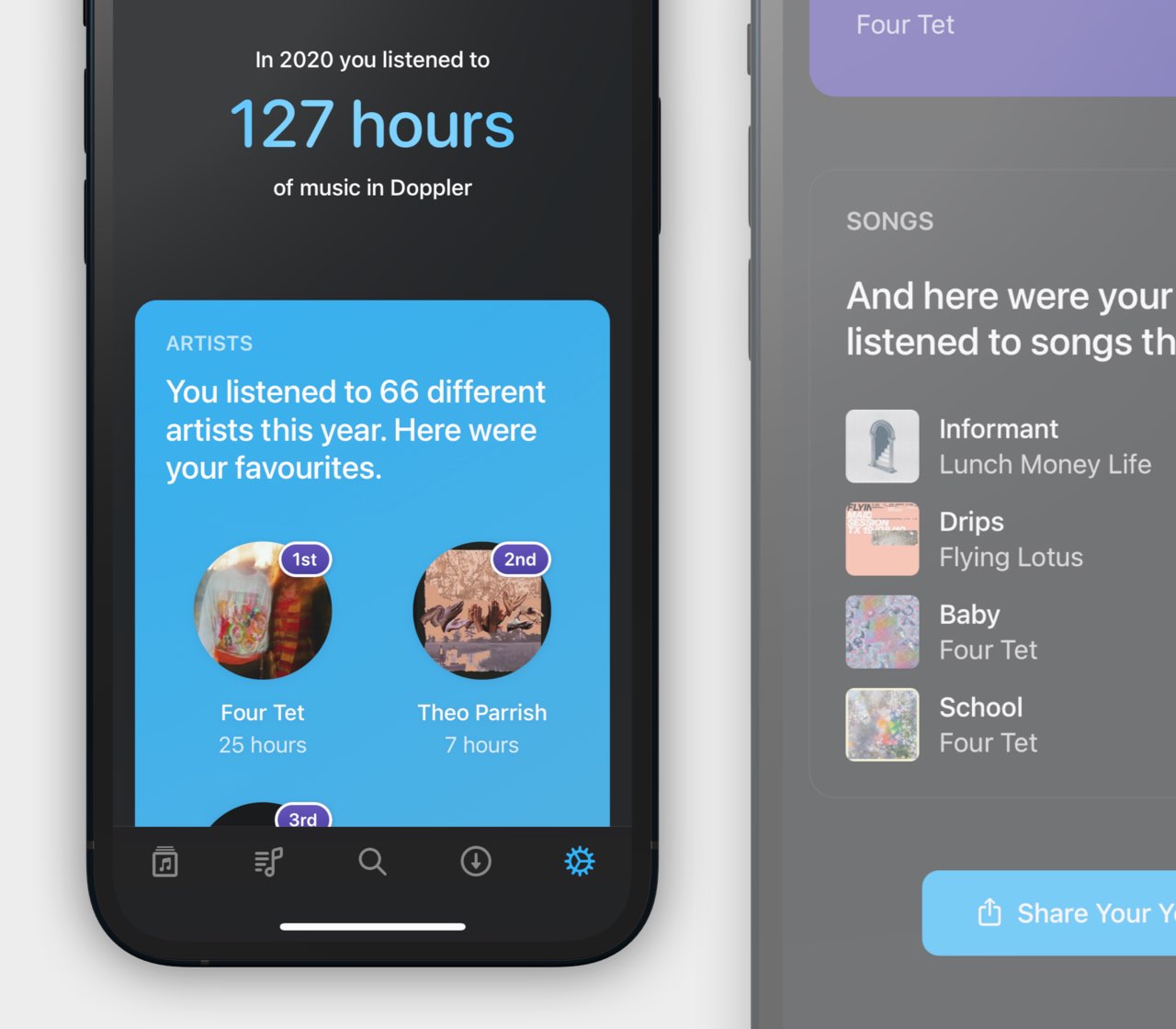 With Listening Reports, you get a beautiful overview of your past year. The report breaks down your total time listened and your top artists, albums and songs. At the end of the listening report you can also generate a digital poster of the info to share with friends.

The initial response from testers to Doppler’s 2.2 update has been overwhelmingly positive. “For many people, this is the first time they can use such feature,” Wellbrook said. According to Doppler’s blog post, your yearly report breaks down how much time you’ve spent listening to music and includes your top artists, albums and songs. 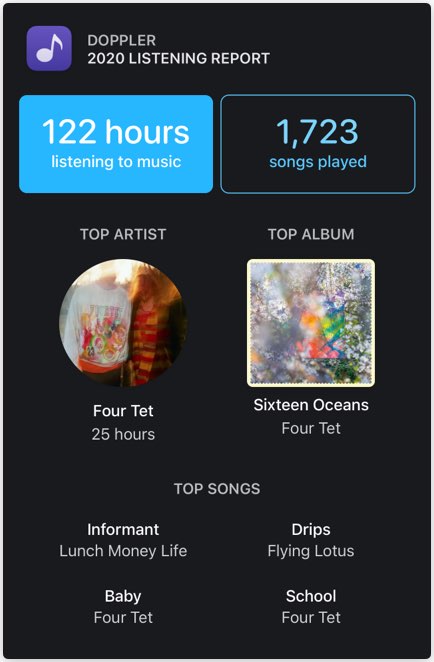 → How to use Apple Music Replay

As a music player for people that buy music, Doppler supports MP3, FLAC, AAC and other audio file formats. It gives you full control over your music library with the ability to edit all metadata, create playlists without a computer and more.

Doppler for iOS is a $9.99 download from the App Store.