It may be Thanksgiving, but that certainly hasn’t stopped the Odyssey Team from issuing an updated version of their iOS 13-centric jailbreak tool. 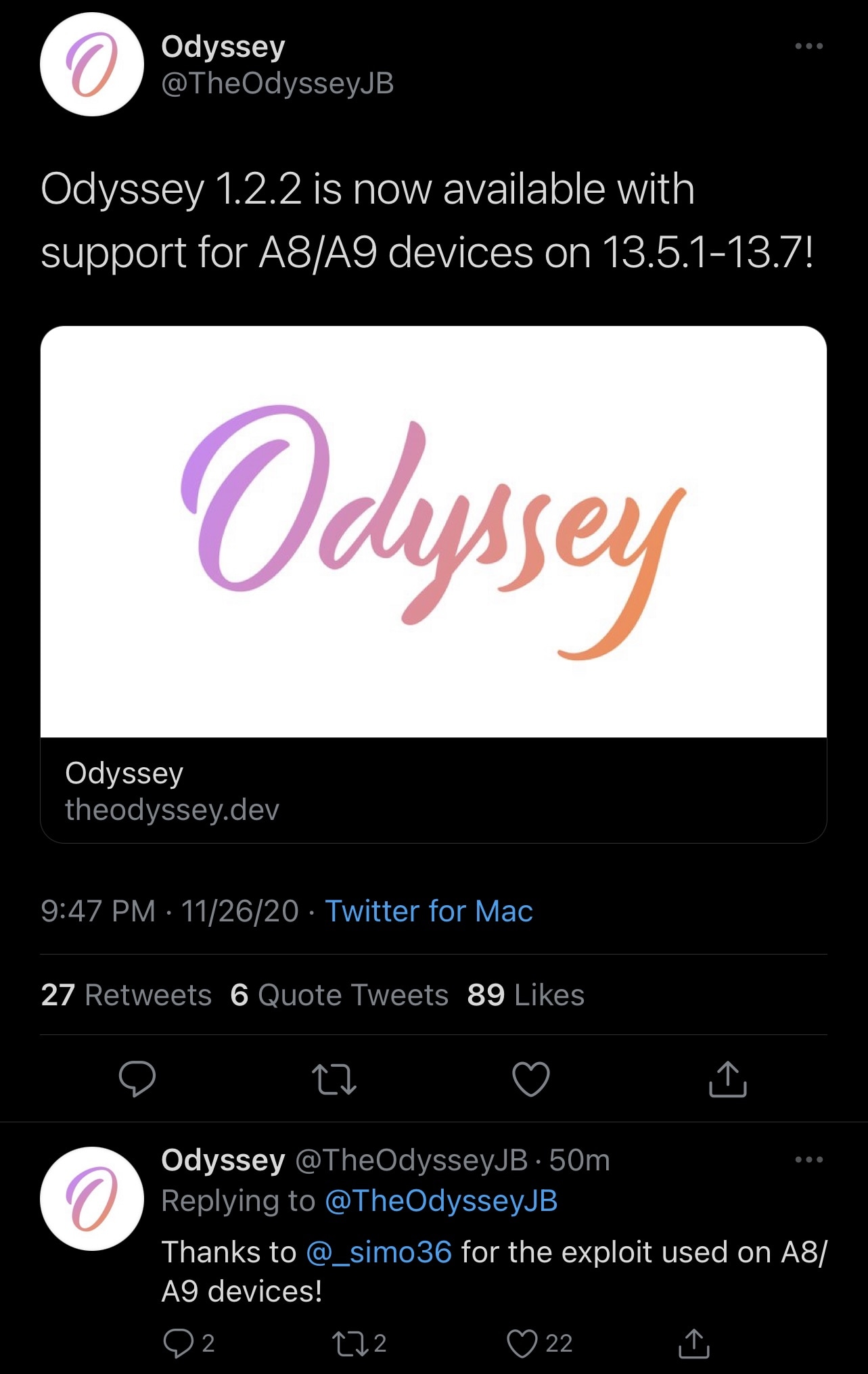 Odyssey was the first jailbreak tool to adopt support for a new iOS & iPadOS 13.5.1-13.7 exploit released by FreeTheSandbox just under a week ago, but soon after implementing initial support for the new exploit, it was discovered that it didn’t perform as expected on handsets equipped with Apple’s A8 and A9 mobile system on a chip (SoC).

While avid jailbreakers with A8 or A9 devices on iOS or iPadOS 13.5.1-13.7 could have used the bootrom exploit-based checkra1n jailbreak and the the Odyssey Team’s Odysseyra1n bootstrap for a user experience similar to that of Odyssey in the interim, Thursday’s newfangled support means that computerless jailbreaking is now possible once more, even in the case of these particular hardware and software combinations, thanks to signing services such as Jailbreaks.app.

In a follow-up Tweet, the Odyssey Team thanked hacker and security researcher @_simo36 for the exploit that made this feat possible (oob_events).

For those unaware, the latest changes mean that the Odyssey jailbreak is now compatible with any device capable of running iOS or iPadOS 13.0-13.7, regardless of the chip embedded on the all-in-one motherboard.

Those interested in downloading the latest version of the Odyssey jailbreak tool can grab it from the official theodyssey.dev website. Once downloaded, users will be able to follow the steps outlined in our step-by-step tutorial regarding how to jailbreak with Odyssey using AltStore.

Have you downloaded the latest version of the Odyssey jailbreak yet? Let us know down in the comments section below.