The Odyssey Team updated its jailbreak tool on Friday to add support for the newly released iOS 13.5.1-13.7 exploit, and while the updated tool attracted a lot of positive response from the community, some avid jailbreakers were left disappointed after learning that handsets equipped with A8 or A9 chips and running the newly supported firmware versions weren’t supported – at least not at the time of this writing.

A Tweet shared by the Odyssey Team this Friday afternoon, offered some transparency into the current situation: 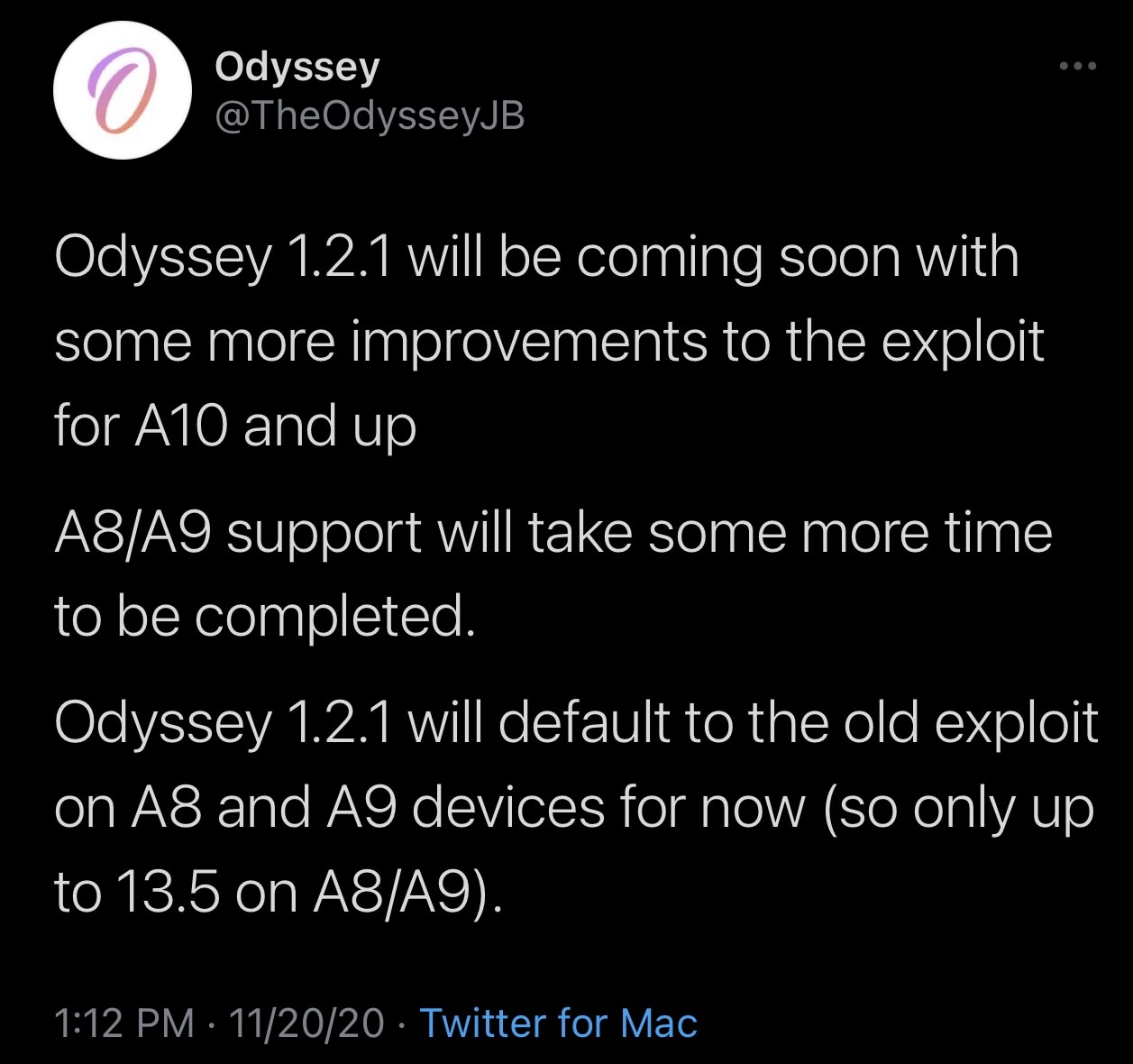 From what we can gather, the Odyssey Team is currently working on another update for their jailbreak tool that it will call v1.2.1. The update is expected to incorporate exploit improvements for A10-equipped handsets running iOS 13.5.1-13.7, but it will also default to the older exploit for A8 and A9-equipped devices, which means that support will be limited to iOS 13.5 for those devices for now.

We’d like to emphasize the “for now” bit, because the Odyssey Team appears to be working on refining the exploit so that it will work properly on A8 and A9-equipped devices. While Odyssey v1.2 can be installed and opened on an A8 or A9-equipped device as of right now, the user can try over and over again to deploy the jailbreak, but they won’t have any success.

There’s no telling how long it might take to refine the exploit to support A8 and A9-equipped handsets, but it goes without saying that Odyssey Team will release another update in the future after releasing Odyssey version 1.2.1 that will add in that newfangled support when finished.

In case you aren’t aware of what handsets come equipped with the A8 and A9 system on a chip (SoC), you can refer the bullet points below:

If you aren’t interested in waiting for the Odyssey Team to update the Odyssey jailbreak to support the aforementioned devices on iOS 13.5.1-13.7, the good news is that you can still pwn them with the checkra1n jailbreak. Users can then choose to use the default bootstrap or install Odysseyra1n, which provides an Odyssey-like user experience for checkra1n users.

Will you be waiting for the Odyssey Team to add A8 and A9 device support to their jailbreak tool before using it, or will you be using checkra1n/Odysseyra1n for the time being? Discuss in the comments.