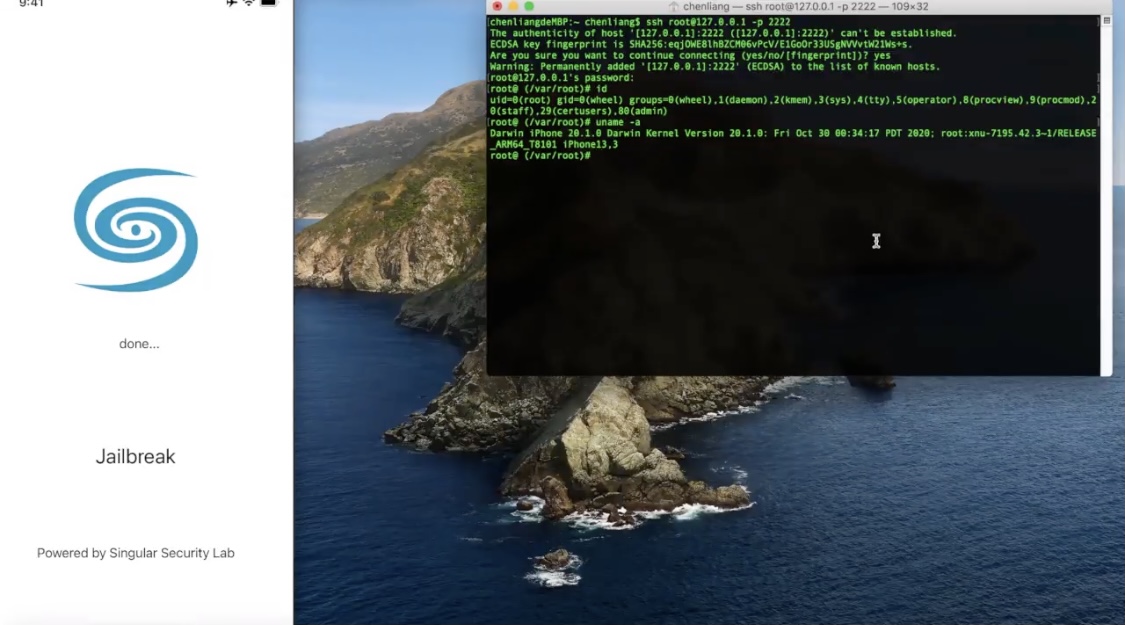 The past few weeks have been crazy for anyone heavily invested in the jailbreak community. Not only was the checkra1n jailbreak updated to add support for A10(X) devices and iOS 14.1-14.2, but a new exploit PoC targeting iOS & iPadOS 13.x was released and FreeTheSandbox once again affirmed that a jailbreak with support for iOS & iPadOS 13.5-13.7 would be released in the near future without a definitive ETA.

But the community was in for yet another teaser this week after talented security researcher Liang Chen (@chenliang0817) of Singular Security Lab (@SingularSecLab) demonstrated a working jailbreak on Apple’s brand-new iPhone 12 Pro handset running iOS 14.2 — the latest publicly available firmware at the time of this writing: 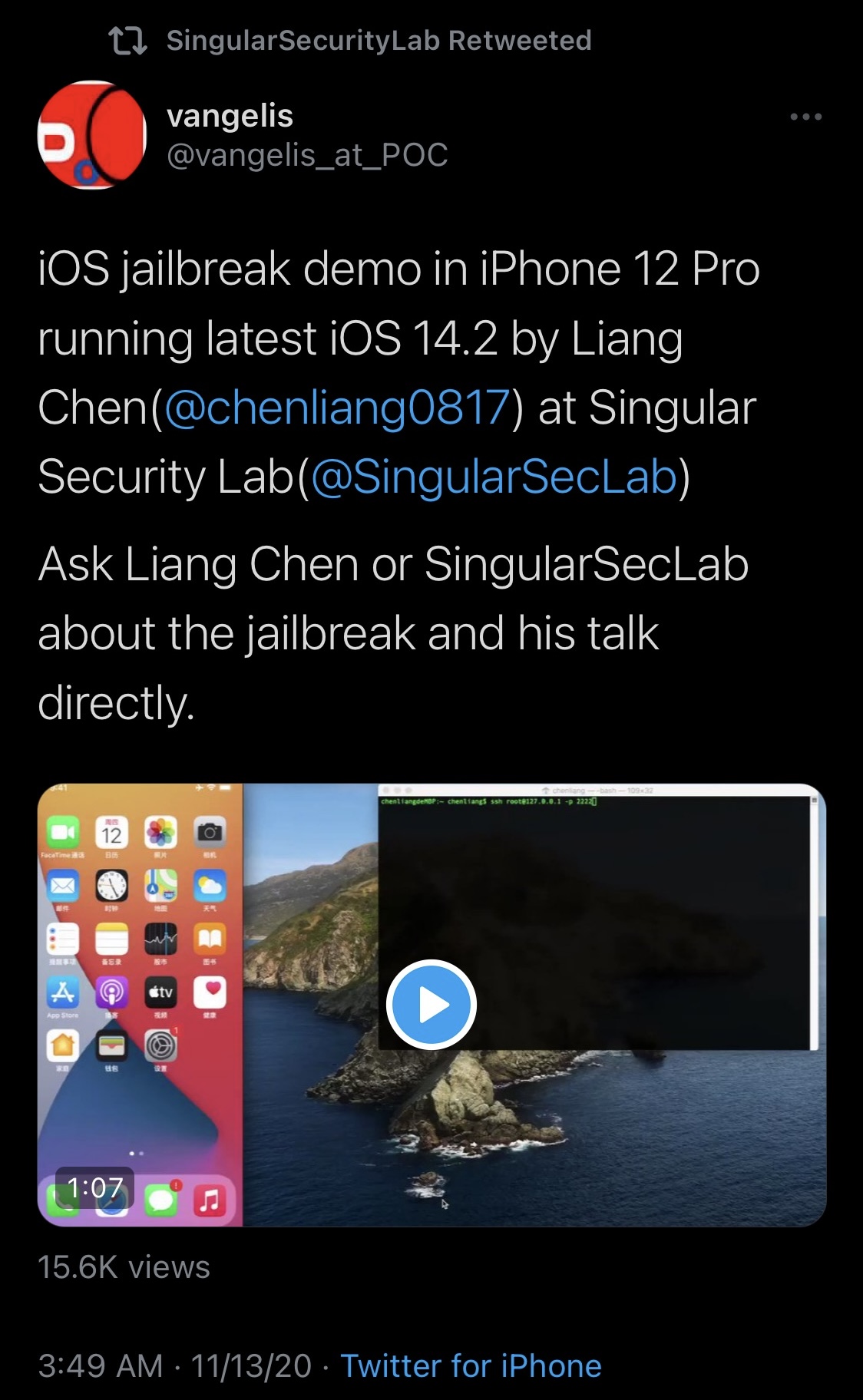 The news, shared Tweeted by POC, Zer0con, and MOSEC hacking & security conference organizer vangelis (@vangelis_at_POC) and later Retweeted by Singular Security Lab, incorporates a video that demonstrates the use of a proprietary jailbreak app dubbed “iOS14Jailbreak.”

Upon tapping the app, a Singular Security Lab-branded user interface with a generic Jailbreak button appeared. After tapping said button, the app performed the process of exploiting the device to jailbreak it. The entire process took about a minute, and upon completing the task, a Terminal window off to the side in the video frame confirmed that root access was achieved after deploying the jailbreak app.

iOS & iPadOS 14 have developed a reputation in today’s jailbreak community as tough to crack, and while the checkra1n jailbreak can already pwn some of these devices, the list definitely shrank when compared with the number of iOS & iPadOS 13 devices it supported. This is because Apple introduced a new security mitigation that helps prevent device tampering. It ultimately took the checkra1n team over a month to circumvent this on A10(X) devices, and they may or may not be able to achieve the same result with A11 handsets such as the iPhone 8, 8 Plus, and X.

Given just how secure iOS & iPadOS 14 have proven to be, one can’t simply write off Chen’s accomplishment. This took serious skill, especially given that iOS & iPadOS 14.2 are the latest and most secure versions of Apple’s mobile operating system to date. Further, the iPhone 12 Pro, the handset used in the demonstration, is the latest device in Apple’s lineup.

Chen has earned a reputation for being an accomplished security researcher, and this isn’t the first time that he’s flexed his mad hacking skills. On the other hand, Chen isn’t known for releasing his work to the general public, so this is something that’s likely to kept internal for testing purposes. Although it’s a bit of a bummer, it’s still reassuring to know that it’s possible to jailbreak iOS & iPadOS 14 just as we’ve been doing with iOS & iPadOS 13 all this time.

Were you impressed by Chen’s demonstration? Share in the comments section down below.