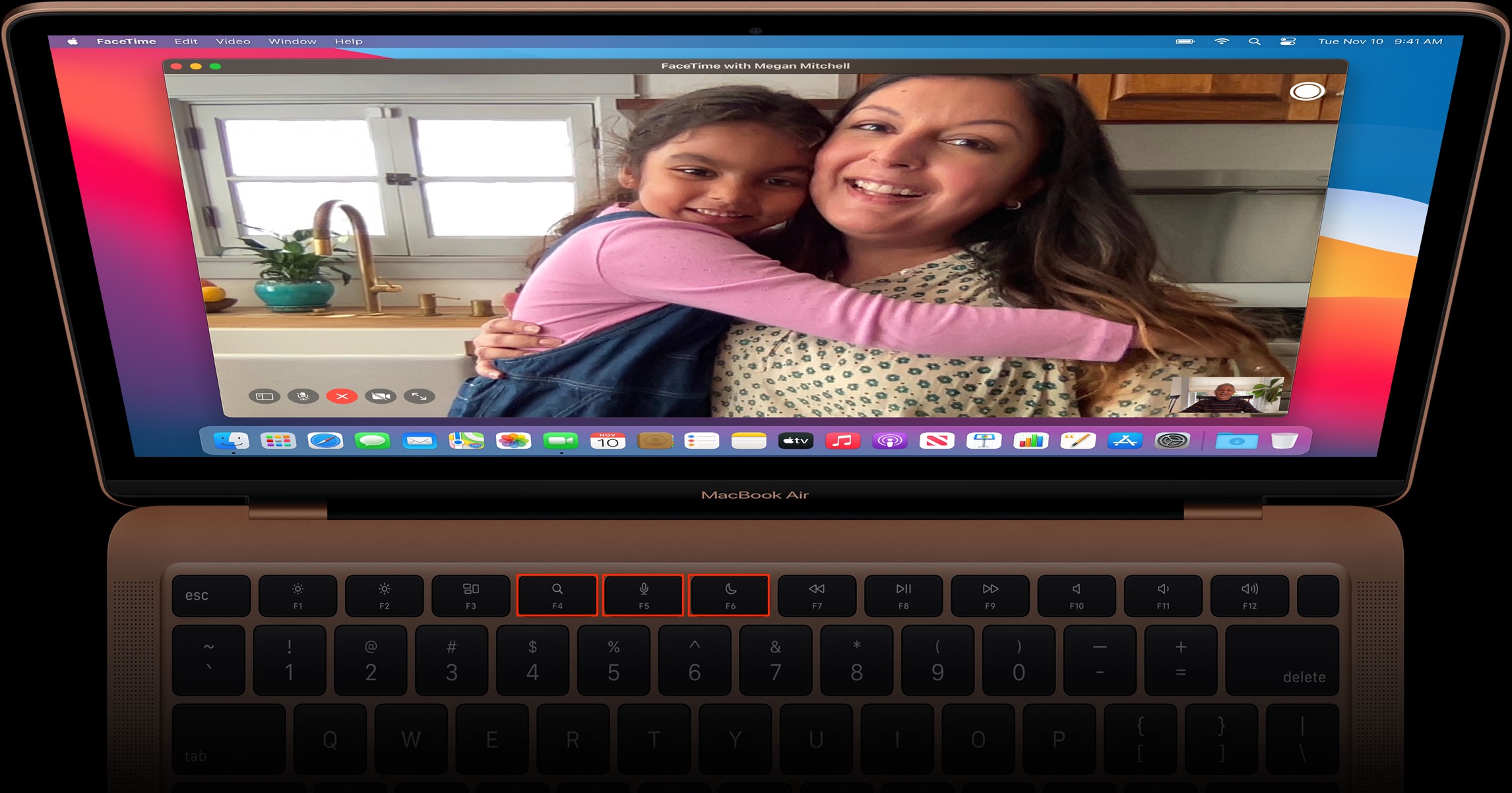 Apple’s just-refreshed MacBook Air with the new Apple M1 laptop chip that was announced yesterday features an updated media key layout in the function row, with the new shortcuts for Dictation, Spotlight and Do Not Disturb functions replacing the previous keys for adjusting brightness and invoking the Launchpad feature. Also, there’s now a dedicated Emoji key.

Some of the function keys on the new MacBook Air have different bindings:

I see one potential issue: accidentally hitting the Do Not Disturb key.

MacRumors discovered that the Fn key located in the bottom-left of the physical keyboard has also been updated to serve as an emoji key for bringing up emoji on the ‌MacBook Air‌.

As for the 13-inch MacBook Pro, it uses the Touch Bar instead of the physical function key row.

The removal of the dedicated Launchpad key could imply the feature hasn’t been met with great enthusiasm by Apple users. First introduced in Mac OS X Lion nine years ago, Launchpad is a Mac app launcher reminiscent of the iOS SpringBoard interface. It provides an alternative to launching macOS apps, in addition to other options like the Dock, the Finder and more.

For those wondering, Apple’s new M1-powered MacBook Air and 13-inch MacBook Pro notebooks come with the integrated Magic Keyboard featuring the reliable scissor switch mechanism with 1mm key travel which was added to Apple notebooks in 2019 and 2020.