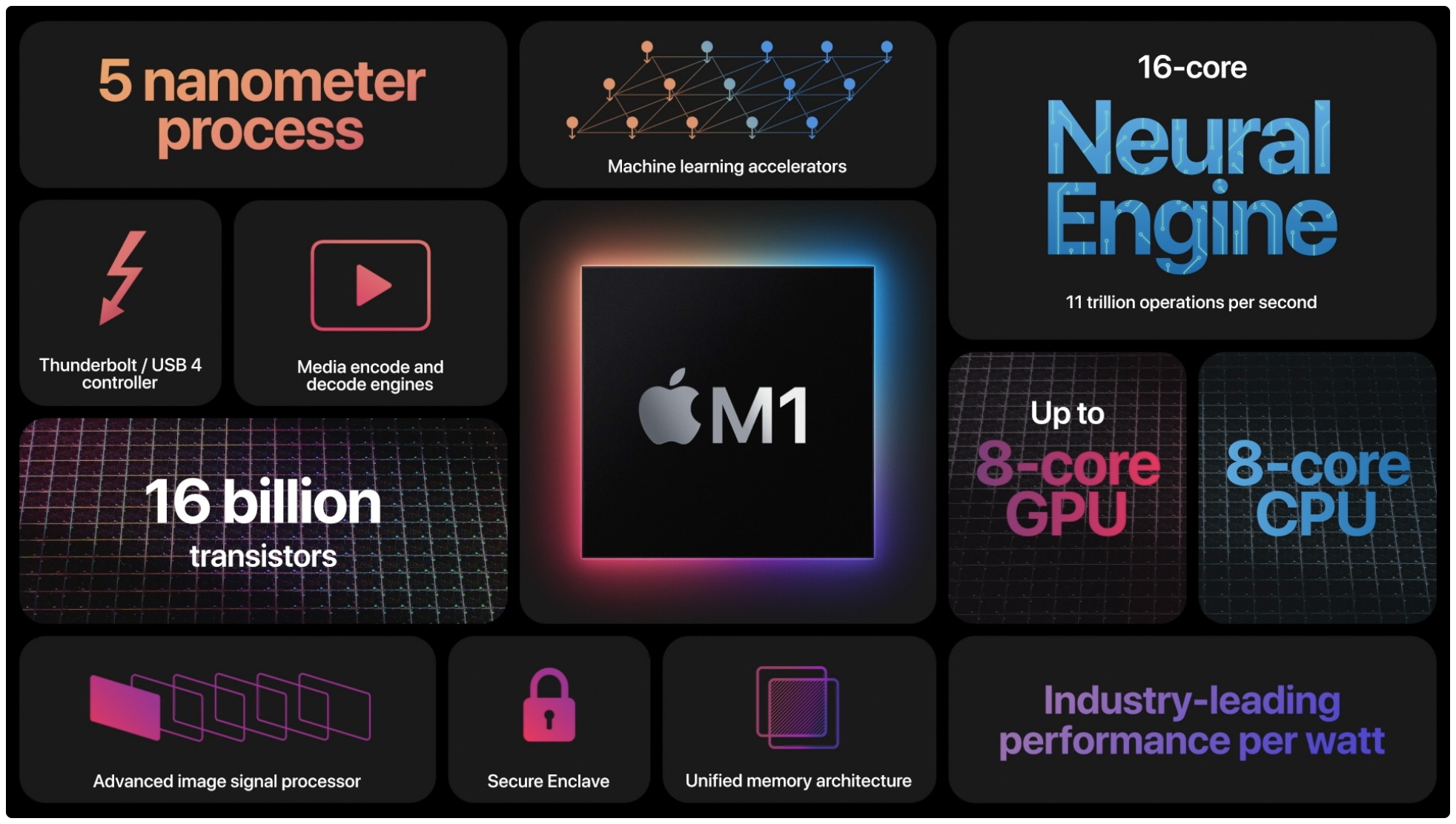 Apple on Tuesday hosted its latest media extravaganza , the Mac-focused “One more thing” event. And, as such, there’s new things to unveil.

As such, Apple announced a new effort for the Mac lineup. Apple’s transition to ARM-based processors, adopting the A-series chips the company made famous in the iPhone lineup. Tim Cook, Apple’s CEO, confirmed today that the Mac is still popular, especially with first-time buyers. He said that at least 50% of Mac buyers are new purchasers, which is a solid lead for Apple moving into 2021.

This is the new M1

As far as what’s new now, though, it’s mostly under the hood with this endeavor. The first Apple Silicon Mac is powered by the M1. That’s right, Apple is moving away from the A-branding, and instead opting for the “M” to line up with the Mac lineup.

The M1 will offer industry-leading features and power efficiency. Every Mac with an M1 chip will see an increase in performance across the board. Integration is the name of the game here. It has a unified architecture in a custom package, all able to access from the same data points. 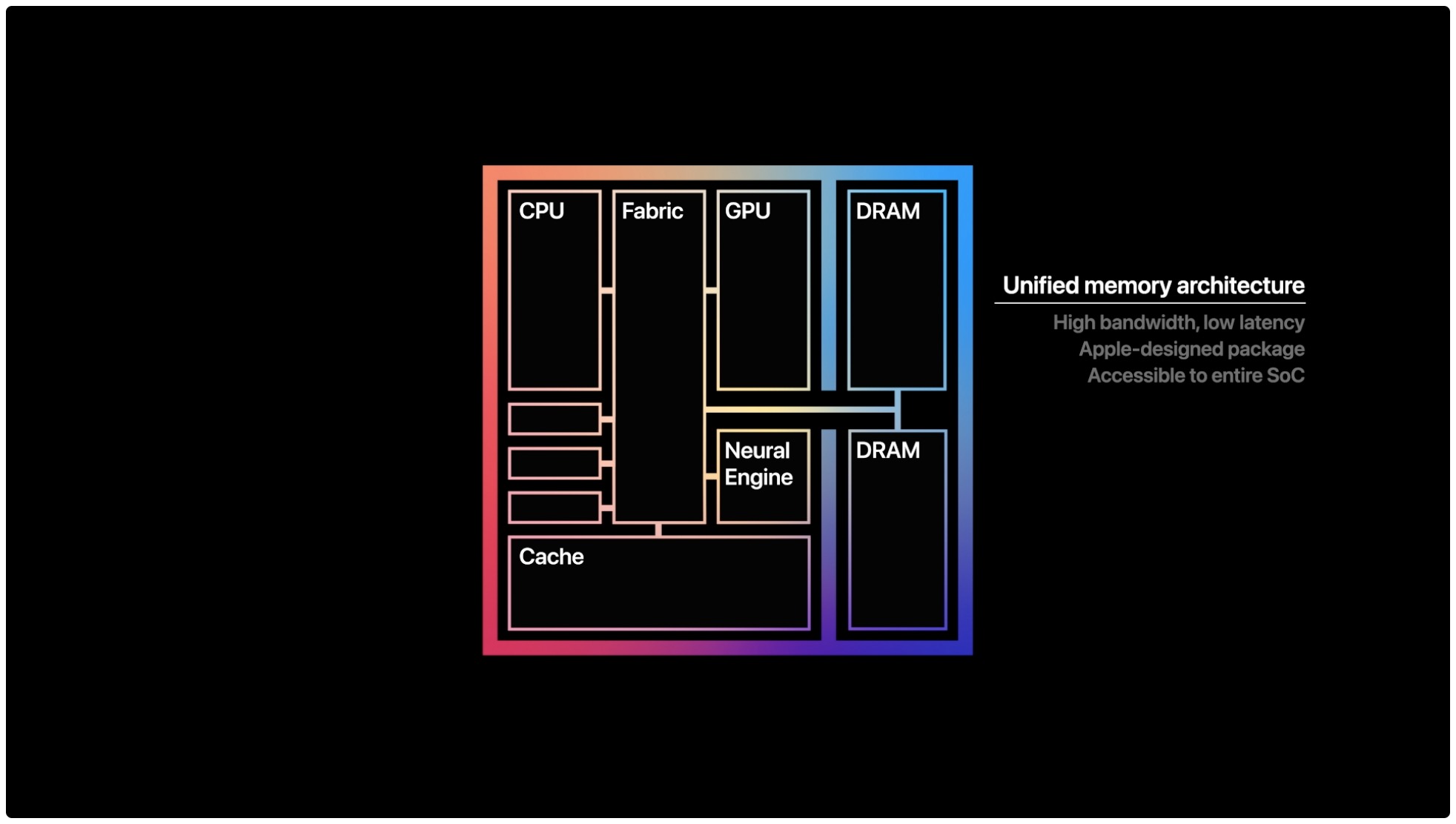 This is the largest number of transistors to date. 16 billion transistors, which are used in completion to offer leading performance. High performance and high efficiency cores, able to maximize performance, which Apple has advanced in its other chips over the years. Now, with the M1, it’s the fastest CPU core in a computer to date. It’s built on the 5nm process, just like the A14 Bionic in the iPhone 12 lineup. 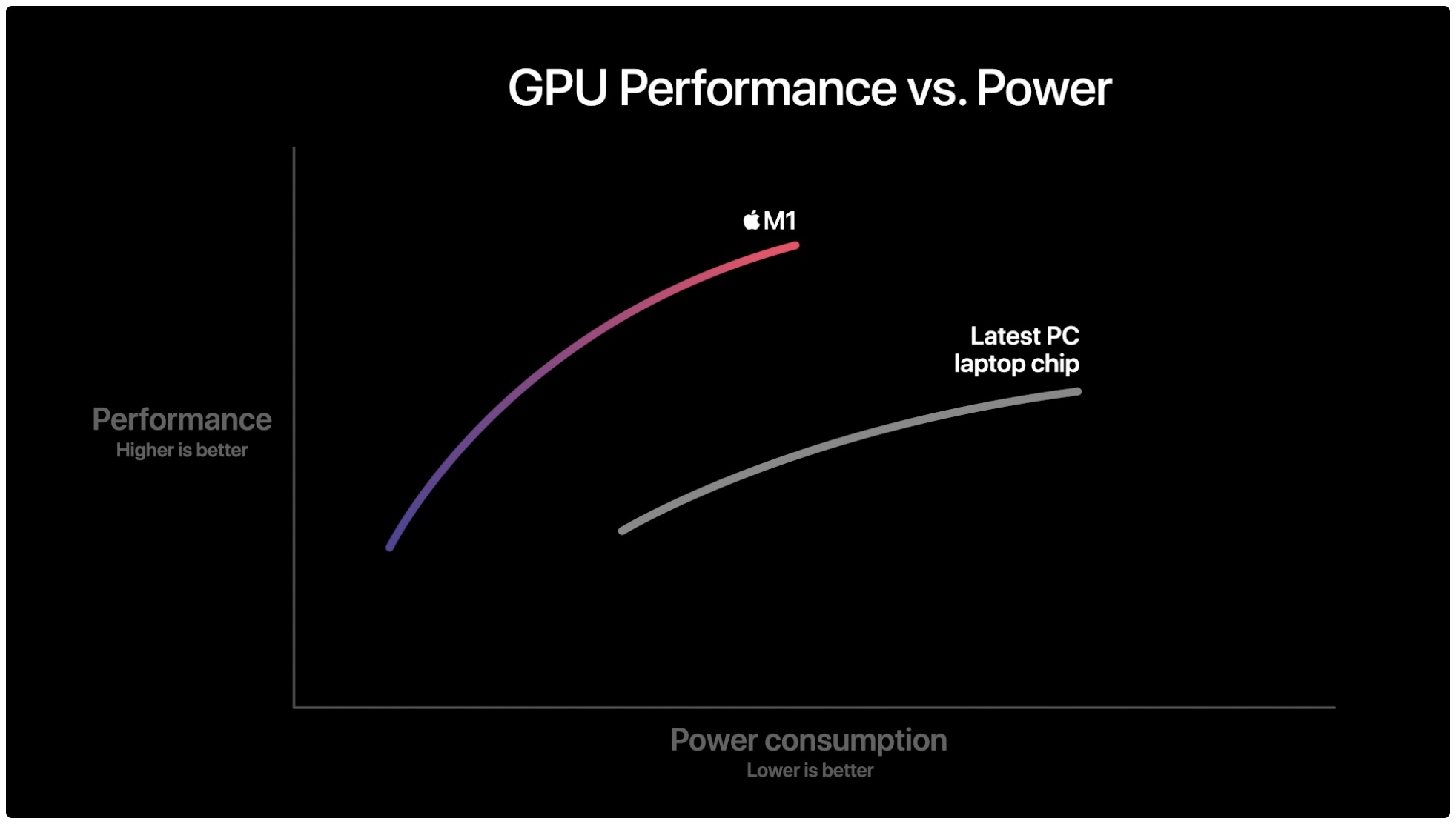 The GPU compliments the M1. Apple says it has made gains in this area, too. With integrated graphics with the M1 chip, you get better performance and less power consumption. There are up to 8 GPU cores, depending on the build, and this will result in class-leading performance. It offers up to 2X better graphics performance when compared to the leading PC chipset.

This has a 16-core design in the M1 chip, which excels in machine learning. Apple says the Secure Enclave is improved across the board with the M1 chip as well. This means the Apple Silicon Macs will retain its class-leading security right out of the box as well.

Per Apple’s follow-up press release regarding the M1 processor, the company’s executives weighed in:

There has never been a chip like M1, our breakthrough SoC for the Mac. It builds on more than a decade of designing industry-leading chips for iPhone, iPad, and Apple Watch, and ushers in a whole new era for the Mac,” said Johny Srouji, Apple’s senior vice president of Hardware Technologies. “When it comes to low-power silicon, M1 has the world’s fastest CPU core, the world’s fastest integrated graphics in a personal computer, and the amazing machine learning performance of the Apple Neural Engine. With its unique combination of remarkable performance, powerful features, and incredible efficiency, M1 is by far the best chip we’ve ever created.

And the company also briefly added some bullet points regarding custom technologies packed into the new processor:

The M1 chip is packed with a number of powerful custom technologies, including:

So, what do you think? No radical redesign for the hardware, but the M1 processor sounds like a beast of a SoC. Do you think you’ll be upgrading your computer in the near future? If so, which model will you be going with, the MacBook Air, the MacBook Pro, and/ or the Mac mini?