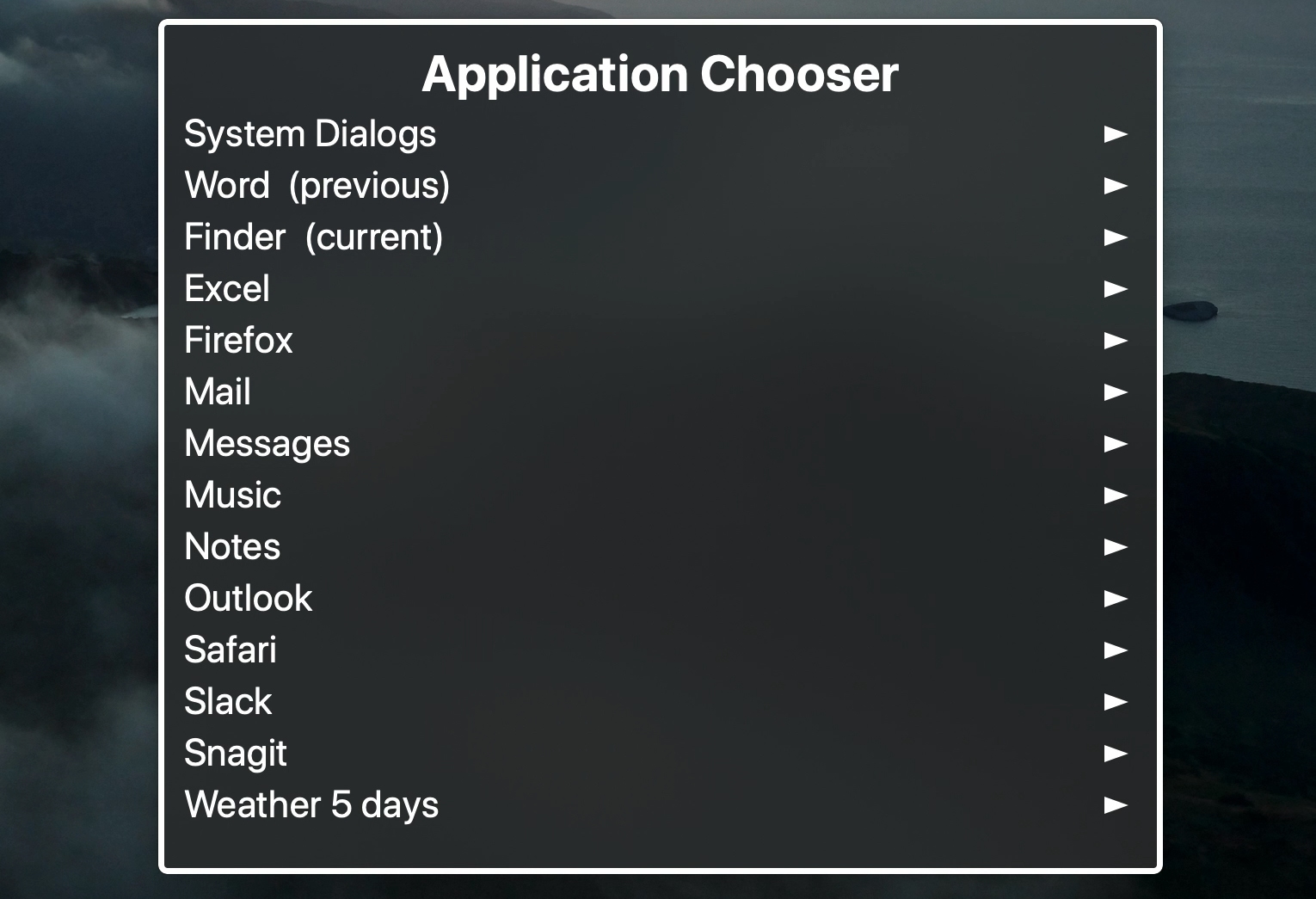 There are a lot of key elements to get used to when using VoiceOver on Mac. An obvious one is turning it on and off, another is how to access the help menus, and the one we’ll walk through here is managing app windows.

For the most part, your desktop is all about the windows you have open to perform tasks. Whether it’s an app or a folder, if there isn’t a window open, you’re just staring at a desktop full of icons. So knowing how to work with your windows is essential with VoiceOver on Mac. We’ll show you how to enter and exit full-screen, switch between apps and windows, and resize or move open windows.

Note: All key presses for VoiceOver begin with VO which indicates your VoiceOver modifier keys.

While in full screen mode, your Mac menu bar is hidden. If you need to access it, use VO + M.

To exit full screen mode in VoiceOver, use the same command you did to enter it: Control + Command + F.

Alternatively, you can use the Window Chooser. Press VO + F2 + F2, use the Up and Down arrow keys to move to Exit Full Screen, and press your Space bar or Return key.

Hear the open apps and windows

Before we go into switching between apps and windows, you might simply want to know what you have open when using VoiceOver.

Press VO + F1 to hear which app is currently active along with how many apps you have open.

Switch between apps and windows

If you have several open apps or windows, you can move between them with VoiceOver using the Application Chooser and Window Chooser. It’s important to keep these two tools in mind and their key presses to access them. They each give you a quick and easy way to jump to another open app or window when using VoiceOver.

Use the Application Chooser

To access the Application Chooser, press VO + F1 + F1. Then press the Up and Down arrow keys to move to the app you want. Press the Space bar or Return key to access an app or its submenu and item.

To go back, use the Left arrow key.

To exit the Application Chooser, hit your Escape key. 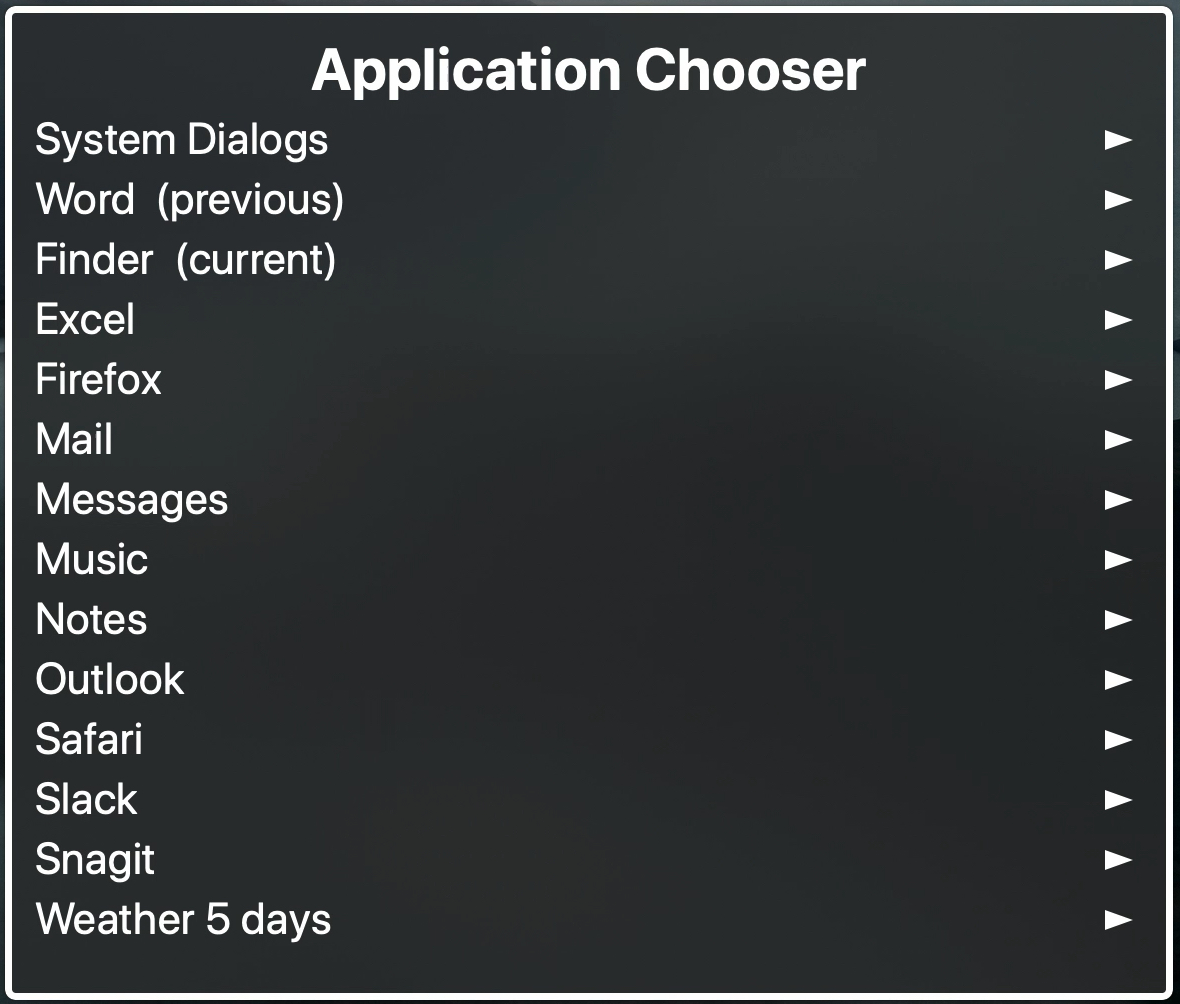 Use the Window Chooser

To access the Window Chooser, press VO + F2 + F2. Like the Application Chooser, press the Up and Down arrow keys to navigate the items and the Space bar or Return key to select a window.

Again, use the Left arrow key to go back or the Escape key to exit the Window Chooser.

If you do a lot of multitasking on your Mac, then you likely have more than one window displayed at the same time. This might force you to move those windows to the spots you want or resize them so they fit better.

To move a window, press VO + ` (grave accent). Then use your Up, Down, Left, and Right arrows to move the item where you want it. To move it diagonally, press VO with the arrow keys. For instance, if you want to move a window to the upper left corner you would press VO + Left arrow, Up arrow.

When you finish moving a window, press the Escape key to resume with your VoiceOver commands.

Tip: You can move an object instead of a window by pressing VO + Command + ` (grave accent) and using the same arrow key presses.

To resize a window, press VO + ~ (tilde) to display the Resize menu. Then press the Up and Down arrow keys to move to the submenu you want and the Space bar or Return key to select an item.

If a window cannot be resized, VoiceOver will tell you.

When you finish resizing a window, press the Escape key to resume with your VoiceOver commands

Tip: You can resize an object by pressing VO + Command + ~ (tilde) to open the Resize menu.