Apple may unveil wireless chargers and magnetic cases for the iPhone 12 at its online product presentation Tuesday, with both accessories expected to use Apple’s MagSafe branding.

This comes via Chinese Weibo account “Kang,” which has a reliable track record.

Based on a machine translated version of the original post, shared on Twitter by leaker Ice Universe and summarized by MacRumors, Apple will use MagSafe branding to market the following upcoming iPhone 12 accessories:

The chargers, in case you’re wondering, are rumored to have a 15-Watt power output.

Back in August, images shared on Weibo that were said to be from the ‌iPhone 12‌ depict a circular array of magnets in the body of the device. The leak was met with speculation that the magnets could be for alignment purposes should Apple release its own wireless charger.

And here’s that image. 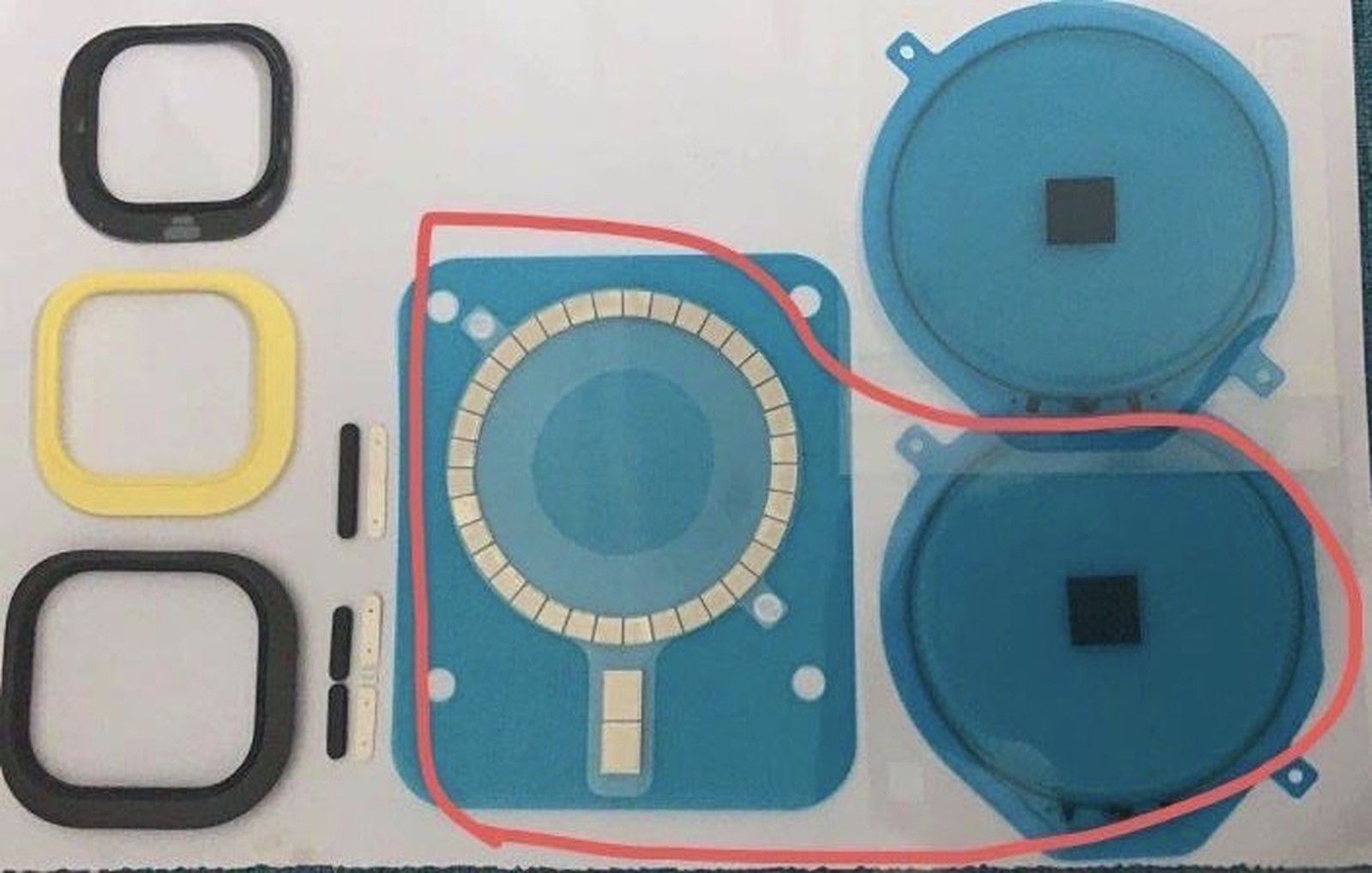 EverythingApplePro, who shared the images on Twitter, also posted an image of an alleged iPhone 12 case with a similar array of magnets built in, which he suggested are ‘likely for perfect alignment with Apple’s wireless chargers.’

Prior rumors indicated that the next iPhone might boast internal magnets that could relate to wireless charging or mounting accessories. On a related noted, the rumor mill hasn’t given up on an Apple-branded wireless charging mat.

In June of this year, for instance, a leaked image reportedly showed off a new wireless charging option from Apple. Not quite the AirPower, but something separately described as a “less ambitious“ accessory. That could mean the new wireless charging mat doesn’t have the place-anywhere-to-charge design as the ill-fated AirPower, along with a smaller size.

MagSafe, for those not in the know, is Apple’s marketing name for a series of proprietary power connectors for the Mac notebooks that attach magnetically for convenience and to prevent tripping over the cord. Apple originally introduced the MagSafe feature in its MacBook Pro notebook at the 2006 Macworld Expo in San Francisco, California.

The MagSafe brand was phased out back in 2018, when Apple retired its 2015 MacBook Pro notebook, the last model with legacy ports. Thus, MagSafe was replaced with USB-C.