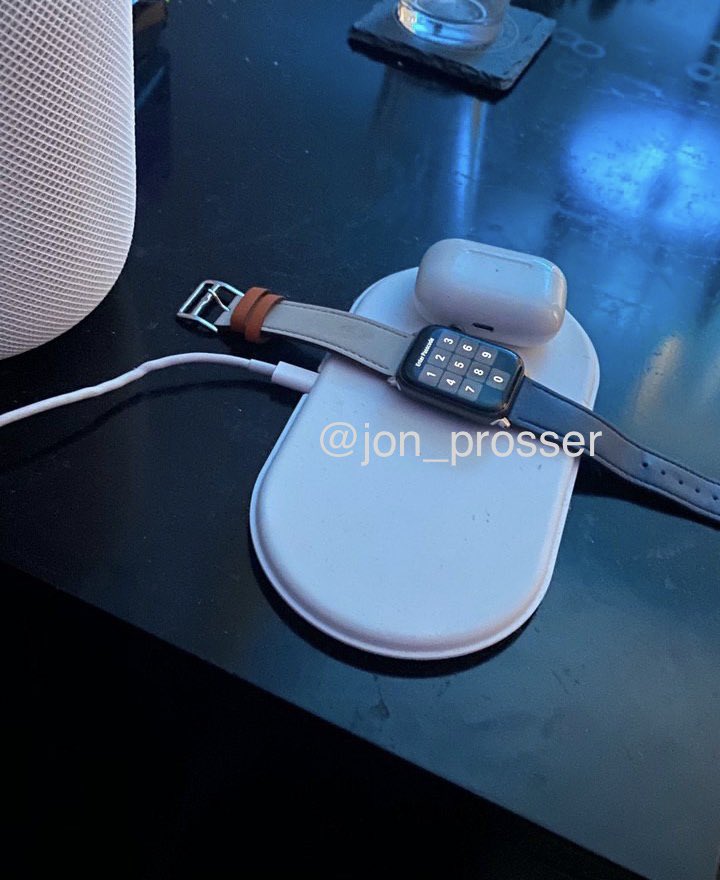 Prolific and increasingly reliable leaker Jon Prosser today tweeted out an image suggesting Apple may have solved overheating and interference issues plaguing its multi-device AirPower wireless charger which has been hyped since the summer of 2017 but has yet to materialize.

According to Prosser, Apple has indeed managed to work around the issues that have been thought to plague the AirPower, preventing the accessory from wirelessly charging an Apple Watch and another device at the same time. Apparently Apple’s now reached the stage where the internal AirPower model is able to wireless charge an Apple Watch without issues.

Remember how I said that the main problem was that current prototypes didn’t support Apple Watch?

They got the Watch working… 👀 pic.twitter.com/LvBeNAAtt3

The leaker earlier in the year reported that Apple had managed to work around the issues with the AirPower prototypes by decreasing the number of overlapping coils. On top of that, Apple is said to be using its A11 chip to help the accessory dynamically manage heat.

“Using the A11, this new prototype has the ability to route power to specific coil regions and can dynamically wait for temperatures to drop before applying more power — preventing it from overheating,” Prosser wrote at the time.

Here’s my concept of “C68”
Apple’s most current internal prototype.

– Fewer coils, with less overlap
– A11 chip inside to manage heat
– Lightning cable on right side
(Though I’d expect that to change on the retail models)

Assuming testing is successful, the leaker continued, Apple could release the AirPower to the general public between the fourth quarter of this year and the first quarter of next year.

What do you make of this, girls and boys? Could Apple really — and finally — officially announce the AirPower accessory at the upcoming WWDC next Monday, do you think?

Share your thoughts and observations in the commenting section down below!