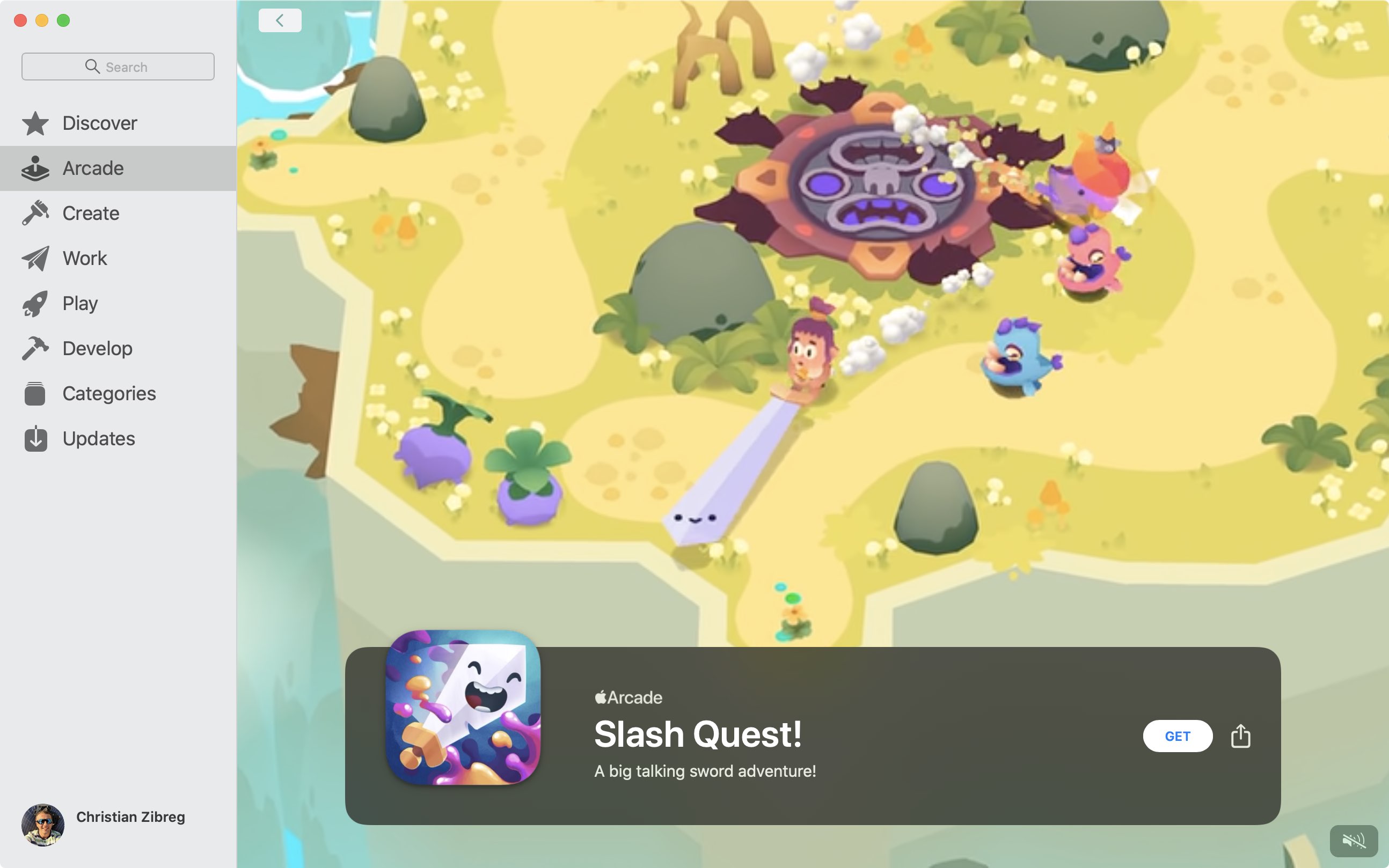 “Slash Quest!“ from Green Pillow and Noodlecake Games is a new adventure title that launched today on Apple Arcade, the iPhone maker’s $5 per month games-subscription service.

From the App Store description of the game:

The Queen’s evergrowing talking sword is lost in a faraway land. Luckily you showed up to wield it back to the castle. You do know how to swing a sword, right? Right?! Forget your power fantasy. Slash Quest’s simple yet unfamiliar controls will put you in the shoes of an unlikely knight with a big heart, an even bigger weapon and absolutely zero skills. But worry not! Just like Shep and Swordie’s friendship, before you know it everything will feel right and everyone will be counting on you to save the Queendom.

“Slash Quest!“ delivers unique growing sword mechanic and customizable controls. There are eight different characters to choose from, twelve levels, boss fights and dozens of side quests and challenges. To increase longevity, the game offers 12 upgradable skills, more than twenty collectable cosmetic items and a lot of mini games to keep you going.

“Slash Quest!“ features original soundtrack by Breakmaster Cylinder and Game Center leaderboards integration. Like other Apple Arcade titles, there are no in-app ads or purchases. The game is available across the iPhone, iPad, Apple TV and Mac via Apple Arcade.

Here’a a little bit of history behind the game, according to its developers:

Slash Quest was born in a game jam called Ludum Dare back in late 2015, when Big Green Pillow teamed up with Mother Gaia and the mysterious Breakmaster Cylinder to create a game under the themes ‘two buttons’ and ‘growing’. That jam version of the game is still playable at https://biggreenpillow.itch.io/slashquest if you’re a museum person like me. The game took first place at Ludum Dare’s popular voting, which put the nasty thought in our heads that we actually had something very promising in our hands.

That thought continued to consume us for years, but with both teams busy with client work all the time, we had very little spare time to work on it. It was years of weekends and late nights slowly chipping away at a demo, which became easier when Mother Gaia and Big Green Pillow started sharing an office in 2017. It wasn’t until late 2018 that we joined forces with Noodlecake and Apple Arcade and several months later… here we are!