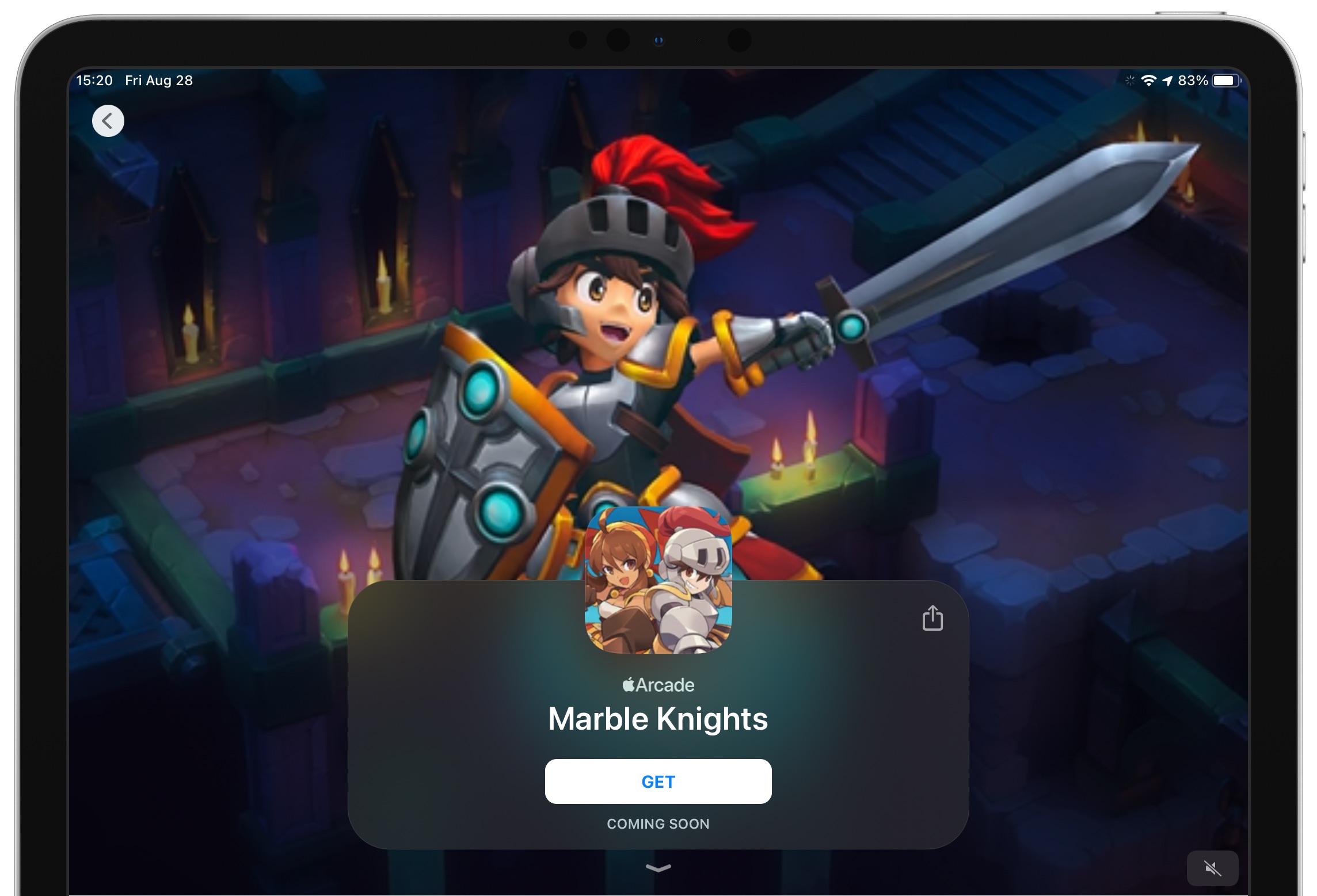 Here’s how developer describes the game:

Sword-swinging fantasy meets marble mania! Roll into battle with Orbin, Marabelle and the other Knights of the Round to defend King Rolland and the Kingdom of Roundingham from the evil Lord Terroball. Armed with your blade, your wits and a variety of orb-based powers, you’ll smite foes, solve puzzles and embark on an epic fantasy journey with up to three other players.

“Marble Knights” will be launching across the iPhone, iPad, iPod touch, Mac and Apple TV as a free download as part of your Apple Arcade subscription.

Other titles that are scheduled to launch on the Apple Arcade service in the near future include the puzzle game “A Monster’s Expedition”, the action-adventure title “World’s End Club”. and the eagerly-anticipated open world adventure game “The Pathless.”